Things are changing and going fast this year, its already this time of the year, the 2nd year glass will be used for coverage. After many things going on in the background with moving from a shop to a pannier market stall, a cold to get over just about and more things to enjoy and play. Its finally time to get the prequel to a famous event in Tavi started.

Now i'll be honest and say, FUCK live streaming, since its not been that good for the past 2 years, maybe it needs to be a classic vlog which it will be, i've already seen some of the new rides but some arrived after i've walked past through the car park, but Rowland's musical era dodgems are already setup in the square since the Monday and the weather has been brilliant.

After finishing some setting up in the market and a mini lesson on things with my boss, i ran from his back home, while passing through the square which made me wonder what might be appearing soon, of course I won't spoil that until tomorrow for the square, but the car park, well that you will see soon. But being exhausted and the sweat was actually making me look like Steam was rising from my back while the dog was enjoying herself and licking it, it was a refreshing tickle before i had a shower while downloading Gotham since Season 2 is so good then a meatball combo for tea.

After relaxing for an hour or so, I made my way down there from 7:30, taking the phone, iphone and the lumia (for a change), I could maybe try something new, since someone that commented on my night out videos pretty much saying i need to edit better and buy a better camera and other shit to do to get more subs but yet wants to meet me for tomorrow, so i might use this as an idea. The plan was i was going to walk with my mum and Rosie halfway but she ended up going with dad instead and i Rushed out. It was quite interesting I started the vlog by the Subway underpass. Well it was a nice catch up and introduction.

Exploring was nice, there was a new Jump N Smile as well as the Tagada as well as over the falls. To be honest it was quiet and only a few people nodded and said hi, then i even saw my sister twice around the 8ish mark. There was a fair amount of space but no Amusements this year :/. 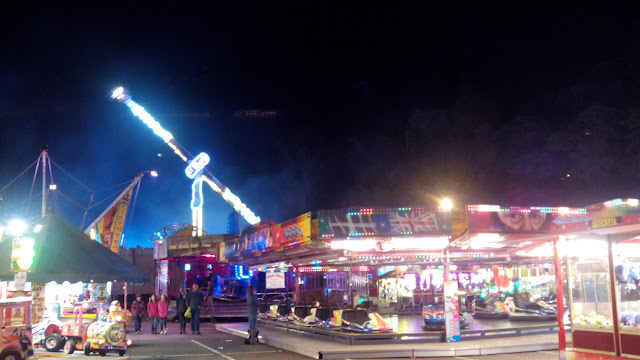 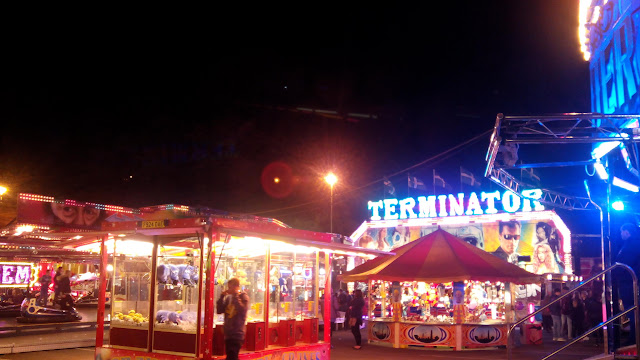 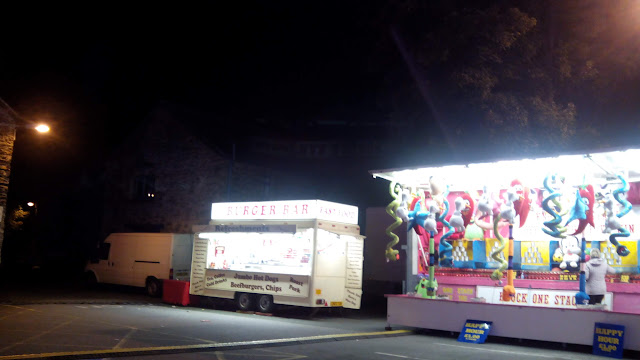 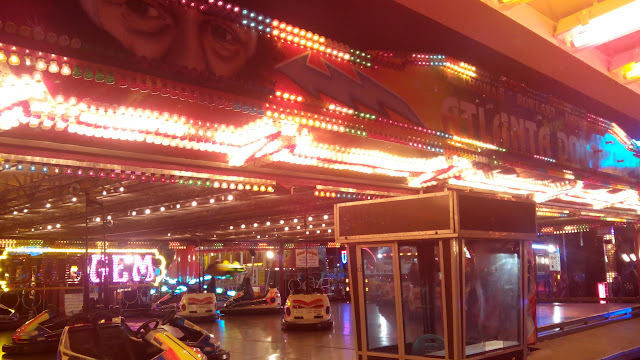 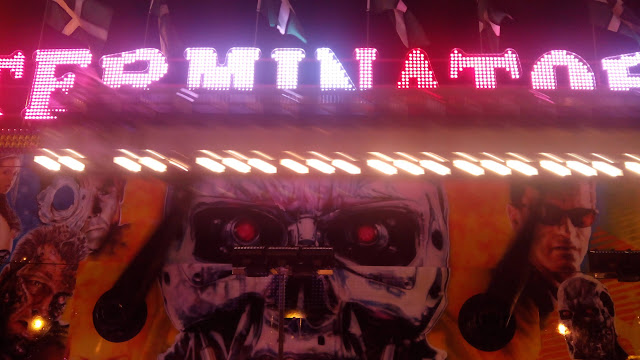 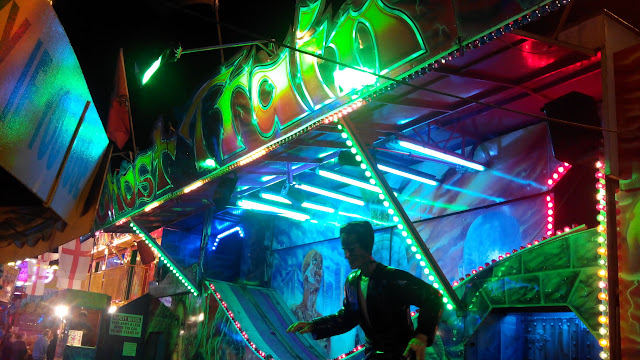 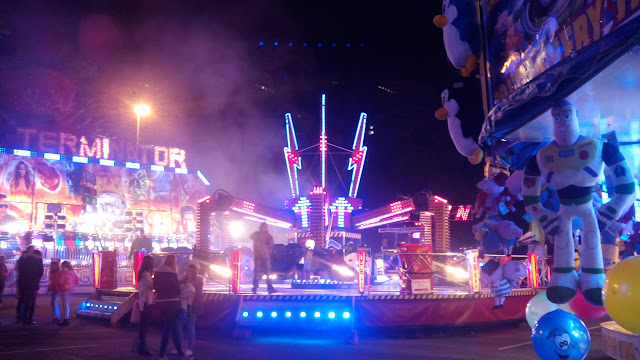 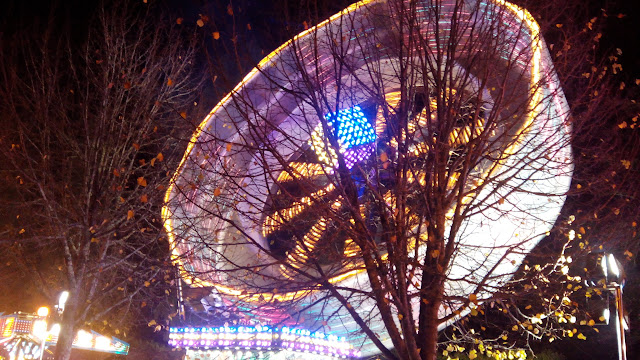 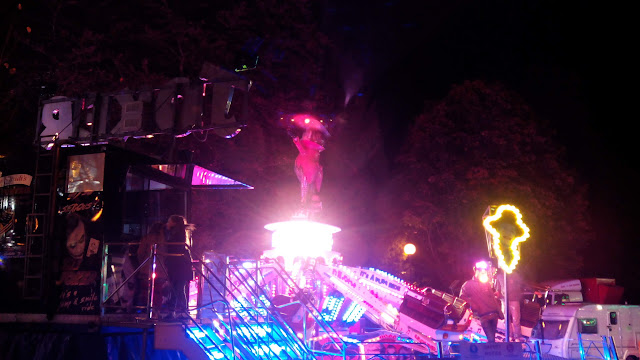 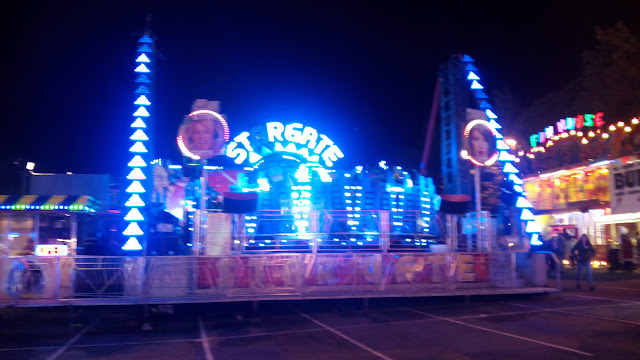 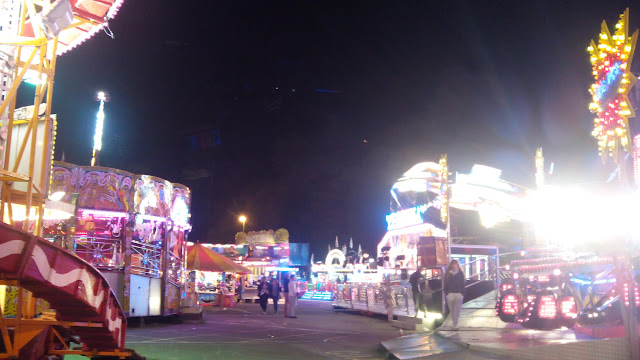 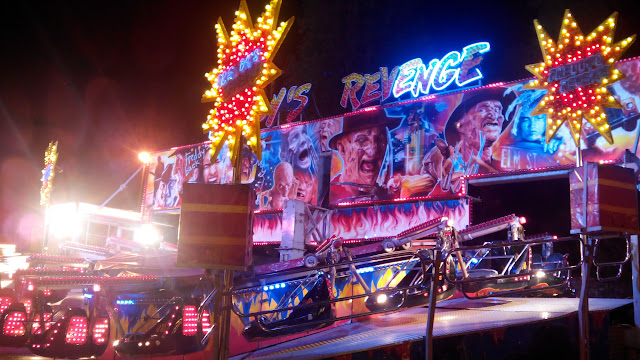 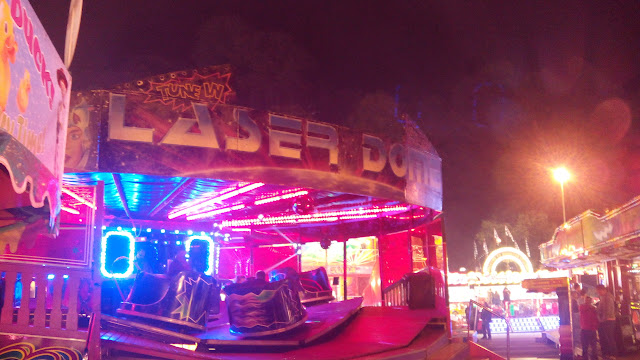 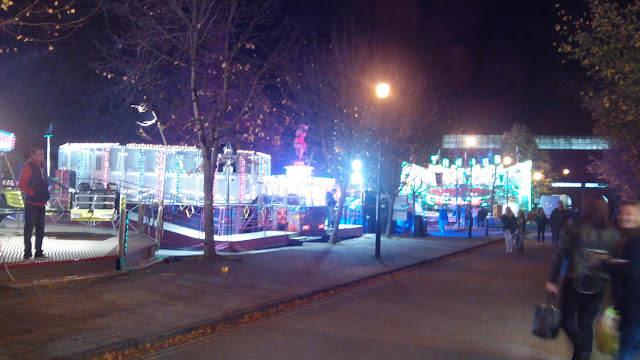 But it was then time to explore the main town, which it was interesting with some new rides there this year along with dodgems and Oxygen is parked up but not built just yet. Traders were coming and going, then i checked my bank account then went and walked backed to the car park. There was more exploring until about 8:20 when my dad called me and he realised he and mum were locked out of the house so had to leave early.

I eventually left at 8:35 and sprinted it home, I felt knackered which was worrying for tomorrow of course but i got back and it was a relaxing night from there. But there was this awesome sigh with a neon "Love Donuts" which reminded me of feabie soo much. 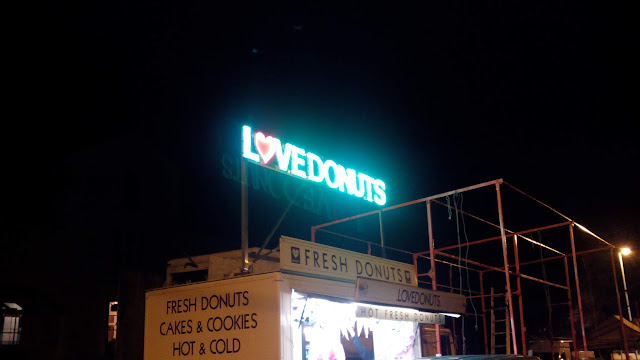 Well tomorrow is the big day and i'll see what fun we can have,