So, then with the week past since things I've caught up on and also now being 23 its time to get back to the usual cycle outs, with scorching weather and also a bit of dogwalking that even included having rosie to go swimming in my usual swimming spot (i'll do a vlog on this another day soon).
But since Its a lovely day, i'm off to Plymouth yet again.


The vlog is below:

Now it was a nice dream of donuts and cuddles on sunsets when i woke up this morning, why, i'm unsure but it was also it was a fresh morning of getting up at 8:55 and prep work from charging to showers to phone calls with family and by 10:20 I was off. It was a windy but strong cycle, I felt slower than normal and I had to stop and vary my route in tiny ways and some slim girl in her black corsa was cursing me as I stopped near the railway station. then by 10:10 I arrived in the usual bike park near M&S, it was alot more sweat which is a pain but good for me.


Once I parked I realised that halfway through, the earphones died, it must of been a tug on them as I put my phone in my pocket by redrow estates out of tavi. so I had to say rip to those and bin them. that was on the way to the toilet, which was a quick tiddle and check the wash and shopping began.

My first stop was primark which had no reduced £5 jeans so I was in then out of there, I walked in carphone and browsed,, there was a nice sized girl there but Emily wasn't :(. Then hmv had little deals and that was a quick in and out visit and then I made my way to a PC shop opposite the uni which has some things in but not much. Then I popped into maplin, maybe there was some good deals but only ddr3 and modular power supplies, which is not ideal for me and out I was to carry on looking for things

But then things turned interesting when I popped into Plymouth fancy dress .com to look for a outfit for a Easter event next week at work (every so often events like these happen so). and there wasn't the outfit I was looking for which was online for £45 incl P&P but the store was huge and music was upbeat.

then I strolles down the East end of the town, heading towards the market, wearing glass on and browsing in the Asia oriental which did have some tempting offers but I passed on them, also I passed the new sushi place just down from there as well .

another looking in nerdz and then the market was quick until I went computer base, asked about mini itx mobos and cases, m.2 ssd for a h110n possibly and then £39.99 for 8gb DDR 4 which is OK for non in business but for me I passed on it since I 'll use work connection to save money. Then I wandered back up the other end of town,,which the pawn shops had no good things, but it was sports direct for some tennis balls which was needed for Rosie, who can now partly swim anyway which is really good.

Eventually walking up the 2nd floor was where I needed to be, I picked up Dunlop balls for £1.99 (pack of 3). when I was being I the queue, there was a cute ssbbw serving on the till to my right and she smiled at me, which made my day but I got served by someone else. then I walked out onto the the favourite store.

Now it was funny since I just ordered from poundland (£35s worth for £30 Inc delivery) and there were tempting things but I was looking for a drink and tango freeze pops but no sign of that. the queues were very long so I walked out and cex was the next place, which had nothing of interest.
The direction of the sundial was my next place, which got me to game and not much deals there. soon it was nearing drakes circus again and the top floor this time was my spot, the apple store has a school class in and some old guy was being sassy to a rep, one bearded one gave me a stare but I browsed and walked on, and made my way to the hoe

Now I remember that I had an email from subway of a free cookie and well I opened the email and shown the till rep wait after she was doing derpy looks after some rep spoke to her, but she was nice in the end and a £1.20 reg dispensable drink was a good way to go. I went for a double chic chip  cookie. 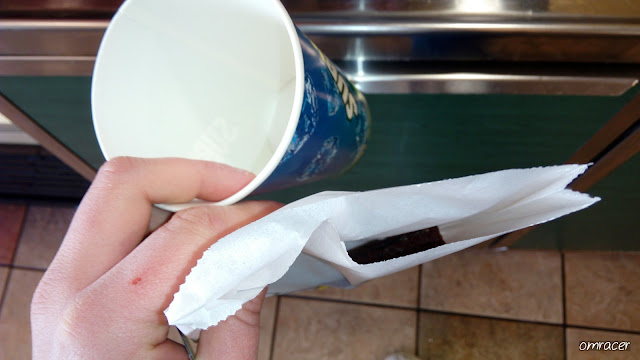 Then the hoe was my place to go,,passing the barbican and the strong winds and amazing sky, it was eventually my legs getting to my fave spot by quarter to.


When resting my legs and typing this up while hearing the waves rise and fall and hearing the wind was nice but by 3:30, I started to make my way back into town to finish off shopping, sports headphones were my needed thing. £10 budget. Maplin was the main place to go, and i got them for a nice £7.99, even though the design was white and had that tie bit. I paid on card but dropped a penny and ally picked it up as i was vlogging the bit i've bought.


Then it was nearly time to leave and by 4pm I was by my bike anyway and wore the new earphones which was nice although it was going to be busy and my legs were going to ache after this. Since passing mutley way back was going to be a hilly way. But it was also nice to have the sun on my back. But it was that summer haze to the day that really made it worth while.


Then i finished the vlog at the top of monksmead, Which was just under the 2 hour mark according to google fit anyway, and I was breathless which was quite bad for me (considering i used to do this route about 30 minutes quicker last year.


Then it was getting home and at the right moment too, since there was a bath nearly ready for me which helped me get the rest of the snaps up (pics of this) to snapchat and also check social stuff since that takes longer than what people might think.

And that ends my day out, hopefully there will be new vlogs (days out vlogs possibly, i'm planning Exeter due to a feabie member is there until july and we have somewhat chatted) and with the weather getting better, its no excuse to, except a early morning than usual. Then of course i have the Costume to get sorted for next week as well as a New PC (parts).

But see you until then,

omracer
Email ThisBlogThis!Share to TwitterShare to FacebookShare to Pinterest
Labels: 2016, bike, blog, cycle, earphones, fancy dress, hoe, hot, march, omracer, plymouth, poundland, relaxing, shopping, spring, vlog
Newer Post Older Post Home
Also check out some reviews here
Also something about getting data, texts and phone minutes for nearly nothing (only if you OD on mobile data) and don't mind using the 3 Network is worth a click of FreedomPop