with a Thursday off in January, it was time for that monthly visit, this time I did have to sell something which wasn't important or too expensive but still something of some value. Then it the stress of the bike being stolen just as I get to pick it up to cycle back :@. The vlog is below

After the memories coming out on Monday, it was nearing a pretty normal week I work which allowed me to get done what was needed and also long home visit with bt Home Hub 2 routers stopped working in three different places in this week. that and I had to order the HDMI to VGA adaptor which wasn't too expensive either at £12.  but today I decided to finally rid myself of some DJ decks I paid £70 used for, they were lovely but for me, I didn't have time to use them anymore and getting some extra money for them is a nice send off. Also my dad was nagging about my diet which ok isn't perfect but it's not like I'm doing nothing all day . 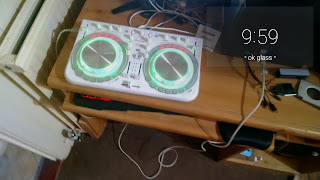 
I woke up after fapping as usual and got a hot shower in, with the hot chocolate shower gel and the head and shoulders, it refreshed me he getting up and then email checking and the like before getting the bike out and the long ride began, 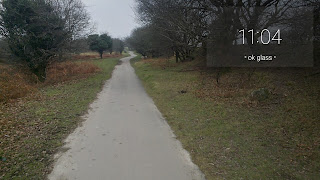 As I left it was a windy day with them pushing me back at certain parts of the journey along with the traffic being Cal until plymouth which the real nightmares began.

As I was passing to derriford, which has had roadworks delayed by WWII grenades, I had to cross roads and then stick to the left all the time, easier but more risky, but I got into the flyer for the first time which felt so much easier and luckily the traffic was not that bad on it until outland road had major roadwork chaos to deal with. But that passed. Eventually after 1 hour 44 minutes, i was by drakes Circus


I got in and went to Drakes circus for a pee then primark to see how the cheap jean offers were which there were some good one that I could cut to size for £5.00. I saw jeorgia as I walked in, she did smile a smirk at me before the jeans were tempting them I left. As I walked out, my goal was to CEX first to see how much that deck was worth, which i went in and hardly queues for the first time and the rep served me and quoted me £38 cash or £54 CEX credit, which i said I'll have a think, but went to wants afterwards, I went in there and asked, he quoted the same so I went to home and after usual checks, i get paid £38 cash for it and left.

The it as the usual wader around i shops , Sony, markets, nerdz, bright House, cash converters, maplin, hmv, game. There were aplenty. Then it was poundland which has it £0.50 sale and that was slightly tempting but I will be back there. Same with poundworld, which had the same offers.

Then it was into apple, which browsing was nice and the rep tried to help me buy a macbook for £1,000 since it's £100 off (10%). Again that would be tempting but way much for me to justify. So I left and made my way to the hoe.

As I was running to my usual spot, I saw some old customers of mine and waved, then the wind was strong up there, so it was a gentle walk down, passing construction of the union bistro and then to the Rock. I vlogged and typed up for half hour or so before leaving when there were this couple doing a photo shoot so I glared at that normal page 3 style beauty but didn't get any 😍 out of it. The wind was no chill of the nice kind at this point


Then I walked my way to town to get the cables, I looked in the first poundland by the POWWOWTV and didn't buy from there due to the queues. So I went to the second poundland and that had the cables I needed and also I bought some aloe vera juice and chicken soup which was £0.50 each. £4 the cost came to in the end.

Then it was time to head home but I Looked in Game and HMV one last time before walking to the bike and ......IT was gone. Well fuck me that was a not good moment, I was calm about it but still it's not ideal. So I walked up to the police station opposite Starbucks.


I got there and waited and after 5 minutes, a lady appeared, she asked how can I help and I reported the bike, some guys came in and she thought they were with me and got asked in then she said for me to pop in and I did and then we went through the form, it's mostly been described except the serial number i never got was asked which means I had to call the place I got it from, which they were closed anyway. But I eventually got the reference number and left. I went and checked the bike park out before giving Dartmoor Cycles a call which was unavailable. "You cannot leave a message" as i called them via FreedomPop which worked fine


Then I pelted it to get the bus and just as I was getting to Mutley, I saw it, the number 1 and ran like a bolt and luckily there was busy traffic and red lights which delayed him and got me on the bus. Paying £4.80 for a single and then typing this up, it made things seem better but I know that bike has been nothing but problems from punctures on the way to an exam, lights breaking to chains dying so maybe this was the sign that it was not the bike for me.

The traffic was busy, but by 17:30, the traffic was back to normal and I was on the way home. I got off by lidl and then decided to vlog it a day and then check if Dartmoor Cycles was open but knowing the time, i was too late. Or so i Thought, it turns out, they were open until 6:30 and I asked but they had to delete old records which means they don't have the Serial Number. So it might be the end of it. I told my parents and they were feeling the same as me,"its gone now and nothing can be done about it, you won't get it back".

Well that's that then, another day and this year has a bad taste to January, but let's see what happens and hope for luck