well, my first week off in 5 years and it's been a really a quiet one, one thing that I realised is that it's the fireworks championships that coincides with the week off which means it is a good 2 blogs for me, well I hope. the sounds, the wind and the fresh looks is what makes this great. the vlog is below


a nice estranged day off


as I woke up the usual time, the feeling of no work is a nice one, sure I had some admin bits for the new business to attend to, like accounting and also some stock to arrive, which ups delivery is just as I go to go #dogwalkingwithomracer. but I had a nice treacle tart for breakfast along with burger sauce and salad.


Then it was more admin bits and trying to see some other bits done before making a nice bacon sarni for lunch.

It was a catch up with dad before I started to see if I could get glass to work one more time which now the casing for the battery was fragile,,the ribbon cable was quite flimsy so it could explain why the battery issues started. shortly after that, a customer called and a remote in session sorted his problem out and wave has a nice way to invoice people. then mum came, which means another #dogwalkingwithomracer. I had to pop to pick up that UPS delivery beforehand though, with the lady in there polite , my words slurred, running can cause that. eventually that was a 1kg picked up and then we drove off to Warren's cross, which had the lovely leat to actually rain and dogs playing at places.

Then it was finishing the setup of the new tangerine glass which due to the Google+ ban, I had to use my YouTube account to get it going, that  was annoying and then getting a app to turn off WiFi was a long time, but I managed to have a nice fishcakes for tea as well, maybe I shouldn't of had that but it's tasty AF.


now we get to pack up, glass and phone were fully charged, I had a shower and changed and by 7:30 I was off to lidl. I got there, realising that I was 20 minutes early, it was a bit of a ugh.


After a wandering to lidl and waiting, I was on the bus and the nightrider was my way to go. £3.00 paid and a old customer I chatted with a little bit before typing this up. The road was empty until the Dartmoor diner and clear sky on the right, the dark clouds on the left.
eventually I got into town by 9:55, listening to bbws and louts on about costs of tvs and also kids singing pop songs at the back of the bus. traffic lights were just against us and red at almost every one. As I got to mutley, a old work colleague that used to work Saturdays popped up and we chatted, he was getting over a cold, I told him of work and he said "you were the driving force" which looking back, it felt like that. Eventually us both got off at the town stop and I vlogged my way to prepare, with drakes circus for a toilet break first.


The fireworks on the hoe

It was a run to the hoe, low and behold, the traffic lights were nay in my favour, but I got on there by 9:15. This was so packed and so new rides to see, especially with the Ohio disaster that kmg found out it was corrosion of the ride that caused those people to die and injure. 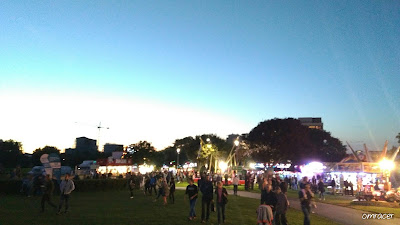 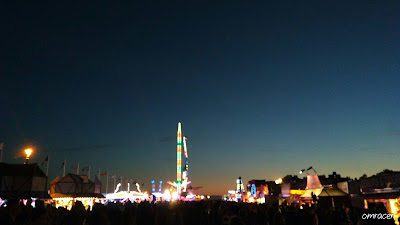 I then made it to a nice viewing spot and it was suddenly time to see the fireworks.


Then the display started, it was not as big of a bang to begin with but it evolved up.

By 10:40, the first display was over and looked great, it was a nice 10 minutes until the next display was to happen. Glass decided to pack up at this point with the battery.

Then it was the 3rd and final display, glass decided to work and that was filmed , it was all a big bang and some louts talking and windy clear sky. my led shoes were half lot on one foot, I think they have died out :(

The new fair to visit


Now the fun but was to explore, well what was the clear out of people and also the litter on the hoe was pretty immense, but new rides were around this time, over the top, topscan and a wrc simulator was there.


I eventually started to make my way down town, there was some busy paths and a nice drum and waste street performers who did some good raving tunes, I past him and saw the queue for the park and ride and it was worth just running there with nearly 3 bus loads.


I walked around and then suddenly saw the 1st bus home and I pelted it, passing cars and up hills, I did get to the bus stop.

Time to get home


but when that bus came, it was full after I chased it and me and the driver chatted across a road, so I ran to Mutley and waited again, some guys were being bey's and said about a marathon "I've already done a half marathon" I shouted back.

Eventually by 23:25, I got on the bus, it was much emptier than I thought and relaxed as I kept glass on and it was a restful journey back to tavi.

That was it, sure there always might be a second time and I know boardmasters is on, which 3 years ago, I lost my best friend before I even knew myself back then. it doesn't matter now, I just have to too that chance on feabie is there without spending my life savings .


Labels: 2017, august, British Fireworks Championships, day off, fireworks, Fun Fair, omracer, people, plymouth, plymouth hoe, rides, vlog, week off
Newer Post Older Post Home
Also check out some reviews here
Also something about getting data, texts and phone minutes for nearly nothing (only if you OD on mobile data) and don't mind using the 3 Network is worth a click of FreedomPop