omracer's Holiday: A Hot Journey Up

Here it is, the surpsie I never thought would happen to me but it did anyway. I'm off for a holiday BY MYSELF and a lot of things to do and see and people to need and maybe feed. But with all holidays. Starts one big journey. This one only cost me .... And that's including £22 for a coach to london, buses and trains. The vlog is below.

Antics with team spectra was a must here, now I mean there was actually productivity from legacy doing graphics, building a wardrobe from torchys fiance and the usual #latedrivekaroke.

Then it was getting to the stage of work as normal, sure there was Viking and also a review to finish.  up but then it was also a family visit in the Tuesday before actually packing to begin. Also when a cute girl you chat to and bought Chinese for was breaking a chair with her weight, you have happiness. That and some buffet plans were cancelled so maybe things might turn better since Colchester is no longer on the cards anymore. 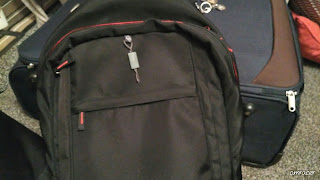 
My eyes awoke at 5:30am. My excitement was through the roof and after updating apps on my phone, I was then up by 6:20. Camera2 api was still bugged on miui and I was changed into tight but not cut (which are packed in case) jeans. Then while johnny told me he tried to make a saying profile while Sky decided to act nasty for not letting me update the nowtv pass with a code instead of a card, I was ready to go and we got the case packed into the car and we left.

It was a usual journey, but teetz got on and before he went up, he asked "you going on Sunday",
" not this time,I'm off to london", he nodded and headed upstairs.
As we got closed to plynouth, the bus was getting busier, not with school kids but workers and a few others. The roads were getting busier too, this might be a run through central park job, I thought to myself. But the bus went to mutely which was nice. I got off at the stop for town which is a few minutes  walk away from rhd coach station. Chatted to teetz and then I started the vlog.


Now things were easy, I went to poubdland to check on the sandwiches for this journey, even though my mum went and packed me some lunch which will be useful later, but as I walked in there, it was empty but also there was Xbox one TV tuners for £5.00. Um what the hell, that's a good bargain indeed, o wish I picked some up now but they and no chilled food since the fridge was closed off.
So I walked to the coach station and it was only empty with 2 coaches and one was mine, so I shows the driver the e-ticket, he carried the luggage and then I decided to go toilet.


I went to pop £0.30 in and just as I walked to the gate, it shut on me, so I was cockblocked from taking a whizz. With my annoyance, I had to hold it in until I went to use the toilet on the coach before we left. But as I was taking it, I bounced back as the coach started off on its journey on time, I just finished so it not soaked everywhere. But later on I think I did something odd.


This was going to be a 7 hour ride, but it was good that there was a mains socked on the coach, which helped me get the vlog edited up until I finished it as much as I filmed when I got past Reading. The views were amazing, the smell was strong but not yuk and cities I've yet to visit was passing me by like Bristol and bath. Our first actual stop was exeter, which the queue to get in were rush hour style, but we made if by 9:36 for a 10 minute change. On the way, my mum called and then my supplier called, since its a new rep, which now is all ladies, geddon I thought,  it was about god of war but I couldn't order it this week.

Then it was in to Taunton services which we stopped at. the drivers was changing, but this is where things go bad, it turns out the toilet was broken, so we we allowed to stop and have a toilet break in the services, the sky was blue and the sun was out with little wind too.


Then we carried on by 10:30 and didn't stop until way past reading, well even as I type this, there was no stop, but it made things easier to edit the vlog on. Bristol looked beautiful and easy to turn to the M4 with little delay. Then if was pretty much none stop, with little or few queues on our side of the M4, the other side has massive queues s nearing slough which was by 12:55.

But it was eventually the time to get to London, with the motorway slowly reaching the M25 and also Heathrow. The clear skies and the less busy roads, as the signs this was going to be good. By 1:05, we made it to Heathrow which had a few go off and maybe more go on.


But then I got to London after a quick stop at earl's court which it soon to be was winding in the roads to Victoria coach station . it was then parked out and I managed to get off and out to the main road which was a bit of a nightmare. After a view of photo taking and catching up. I decided to check on how to get to Euston. As i got off the coach, some staff was questioning me about glass, I said its a little useful tool, then got off to unload the hoodie into my suitcase.


The manic look around.

Well I went to go to Victoria rail station, yes it wasn't that bad but there was a hone shop to see if there was a chance to do any cases for the Redmi 4, um nope. That had mo luck so I walked into Victoria and found how to get the oyster card so I loaded £5 onto it, the cost was £10 in total since activating the card was £5 . Finding it I had to asks different people even though I walked right past it.


Then it was getting underground, with escalators not accepting heavy lugafe, I had to run down stairs with it, people staring at me. But theb I got down and onto the victoria line. I was 1 minute early for that train but holy christ do they belt it. But I got on and a few short stops before it was the struggle back up yo Euston, since lifts were our, I had to carry it up then the cute parts happen.


Now I see a virgin ticket area, hoping the prepaid mastered card discount still applies, I got to the area and greet 2 reps gossiping, they stared at me (i didn't have glass on) but I asked if any discount happened after the words (you want to still gossip, I can walk away if you like) but she said, "theirs in discounts anymore, all the profit it gutted" but after asking about getting to Milton Keynes, she decided to take the lead and walk me to a ticket point and explained its £23 for a return within one month off peak, which I would be, she put her arms around me, called me cute and I might of blushed but she was not my type. But that's why virgin has been a reasonable company in my opinion.


But I got the tickets then I decided to go toilet which was another flicking £0.30 job, but this time it worked and I managed to have a whizz. Then I ran to platform 16 and got on my train which was full and also I was on a quiet coach. Ticket was checked on the way down there too. Then i managed to relax and let glass charge while typing this up and got to Milton Keynes about 15:40. The desks were squeaky but much conifer seats to my amazement .

The middle of nowhere from Keynes


I got to Milton Keynes , had to stomp my way up stairs of The station to get to the posh entrance which had all the buses, worried mine wasn't meant to turn up later, I said to myself where the x5 was and a nice chap said "the other side mate", just as he did, the x5 coach turned up, so I heaved myself up there, chatted to the driver and £6.00 single was ok , considering most of this route was a carriageway.  But nice views none the less.


Now this was the fun part, a bit of the old times with running Places, now I got off from the bus at Buckingham. Then it was time to run in the heat all the way to Akeley, but this was almost memories of running home from work with my stuff, but that was much much heavier. But this road was starting to have slightly steeper hills, but they were never as bad as Tavi, this was not too steep, just the heat and luggage making me feel slow, none the less, with advice from some guy (part of which is in the vlog) and my stamina, I made it to Akeley in 31 minutes.

Then I had to call the lovely host for the Airbnb and ask her for direction,s which she said it would be easier to be picked up, which is fine, she eventually found me after driving all around different places, if I went and did what the chap said and went left, i would of gotten there, but I now know for when I leave that I can use that road. But we greeted and she drove me to hers.

The welcome at the cottage,

It was exactly like it was in the description, with a nice garden and a lovely bungalow with patio and the sun made it amazing, but I greeted her new dog, monty, a 12 week old puppy that was so excited, he peed on me, then nibbling me at times, even after eating what smelt like cat poo, but it was a lovely room, big double bed, desk, smart tele, wifi, a cute guest book and well, lights, chairs and draws.

I then called my parents and had a shower, it was really fiddly to get the thing to actually work, but it involved a bit a twisting a knob, that was actually easy in the end using the flannel, some nice waitrose shower gel. I was also offered wine or a beer but instead I had a lime soda, which tasted funky but there was no booze or alachol, inside luckily. Once that was done, I unloaded the snacks and made a quick dinner, but I was invited to chat to the host and her friend who just popped over. Which was nice and kind of them, but I joined and ate outside, it was a nice sweet n sour mini oreo mugshot, sausage rolls and crisps.


Once I hhad that, I left both to gossip and got the video edited, but one of the cats just adored me, distractedly adored me, but by 11pm, I got him/her outside and then I finished it off. But since the wifi is pretty weak, getting this uploaded was going to be a struggle, but at least I can edit it without any hassle.

And thats the end of the first day, Tomorrow is the start of the main event and something I won't expect to not enjoy and also risk dying to get there according to people I know, (running on roads). But see you then.