Happy 2019 to all of you, hope you have a great and amazing Year. But now 2018 has been and gone, the time of my life is been and gone and hope we deal with another amazing year. But for now, we get to go into the new year with a bit of peace and quiet and also video editing in between.

Well now we start to  have our final fap, which is from a lovely lady on Feabie whos also a curvage model, but we get on pretty well, shes got a feeder already though, then my dad ends up going out and my mum has work, so that means actually some time to get footage organised for this year's video and also getting my bedroom setup to be able to video edit much easier.

Then it was time to get one second to the last #dogwalkingwithomracer done in the field and playing ball, it was dry but dull and a nice way of ending the walk. but she was being hyperactive towards the end.

But then it was more chance to get a #omracearts done which is a tasty trend of seafood and chocolate spread, which sure some people hate but its a lush quick combo and so tasty.

Then while editing that, I was on the FF chat and well i got on well with a cute gainer and we were about to have a skype call but she never added me and left the chat, I never heard from her again. But then it was soon time to get the video up and also get the desk tidy for this night of editing.


Then my parents came home and it was time to get the fun of having lunch which is a nice bit of pasty and sausage roll.


After that, it was more time for me to finish copying stuff over and getting a bit of planning work to be done then it was more chance for a final dogwalking with omracer.

While we were walking, it was a nice chance for me and mum to catch up, before some streaming and then it was time for a Chinese. This was actually really tasty but maybe the satay was too rich, but the crispy seaweed was too good.


Then it was time to get the bath sorted which will be a nice relaxing end, sure I was buzzed off my face with regen and chatting on snap and starting to type this up when killing time. But that bath was amazing actually, I did have to heat it up a bit more. But then it was time for a bit of Bond with Spectre. That and then it was soon time for one last walk before bringing in the new year.


Then it was finally the last few minutes of the day. Glass was turned on and it was then drinks out for all. Sure madness was on BBC1 then and ITV news was all about the planning of the event but then we cheered in the last few seconds and watched the Fireworks. I tweeted and shouted and also whatsapped a few girls, including my WB rep but that caused an argument with her BF. But then it was watching a bit of Total impact then time to get a coffee before editing.

The New year of editing

Joking aside, this was exciting and after getting external Hard drives setup, but then editing over the night, the air was fresh outside and the video was done in about 14 hours (take 2 hours off the actual length since of breaks and lunch in between, but i got it ready and done eventually. 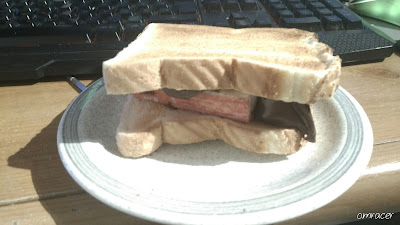 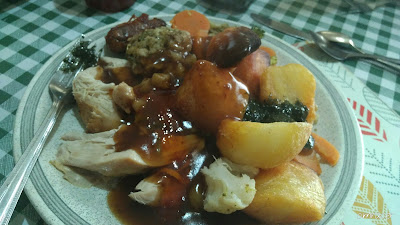 Then it was finally time to relax with parents after those stressful hours of it. I did have some leftovers for tea that day as well.


Then it was the timing of the night and I was ready to go to bed after watching films. Another day was about to begin.

The day of working.

Like always, time is back to work and chatting to girls, like nothing changes. But it was chatting to reps, admin work, tidying up and then getting to a customers house after, though I did a double book/ But then it was time to head home and have a nice meal that caused drama on twitter, some boxing favourites and a cute girl tweeted me too. 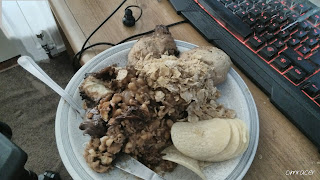 Also, it was back to arguing with some folks, but apparently this guy thinks what i eat is a joke too.


That cunt who posts the shit dinners on here, sausage, crisps and a choc ice shite. Time for a new joke pal.
— Jazz Paul. (@paulhindley82) 2 January 2019

But then it was me chatting on snap, sure I managed to send 2 ubereats vouchers i sent to 2 girls i hope i might cross paths with one day and even Zara was messaging to want some takeout but that didn't happen. then it was bed for me.

Well another day at work, I woke up late from fapping, sure, but a cold run to work and also it was time for me to get some orders done, work finished and also a bit of 2 visits afterwards, but then it was some stock to book in like controllers.

Then I get home and type this up, chatting to a cutie and also. But there we go.

Well, how did I Finally Get on?

All in all i did well but was lazy in a lot of cases and in a way.

Well, this year feels the same yet different, maybe boring old normality is starting to be held, being 26 in the months ahead might do it but either way, let's see what we can do.

And there we have it, That is the new goals and let's see what I can do to achieve them, some overlap which can help me

But enjoy your year.

Labels: 2018, 2019, blog, chat, food, Games, girls, goals, holiday, January, new year, new years Resolutions, omracer, snap, twitter
Newer Post Older Post Home
Also check out some reviews here
Also something about getting data, texts and phone minutes for nearly nothing (only if you OD on mobile data) and don't mind using the 3 Network is worth a click of FreedomPop