The 2 weeks of as sugar september

Well, this was it, the past 2 weeks have been interesting but also sadly nothing special in o9ther ways, sure I did realise some truths and also got some videos up but well, there are more plans for the future planned out here.

Well, there hasn't been much happening, sure the Maibenben 6A Laptop arrived and the review was mostly done towards the end of the week. But the chats involved were good, I and S were getting on nicely and she was excited for me of what I might get up to, but well as I found out, things didn't go to plan for reasons I can't talk about. But there was a chance of a sleepover for the weekend. Plus I did get that phone call from another girl and I didn't hear a thing after. 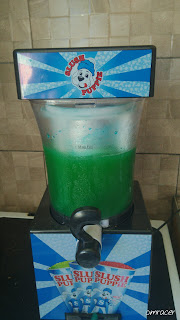 But that and I did make more than the first week using Directly, which is a good benefit for me. But that also helped caused the chaos for plans next week.

Now this was the first part of some amazing times I hoped in my mind, but there was sadly it didn't end up like that, chats sometimes confuse, but learning the facts of me and the lovely girl i met  have done really well, plus the local lady has got a new freedom ahead of her which i've helped which time will tell but it seems positive. That and also I chatted to 2 new girls, one lives in Oke which means a 2-hour cycle but will she actually arrange a meet, it is close I hope, but Kik was looking a promising way.

On top of that, I had more work and home visits were piling on the week which was hard to get the organisation to get even the chance for an evening meetup. So things happened instead like another eating video:

But then it was more directly and longer nights which made things tricky to get videos filmed and the conversations were still looking hard to get into, Things were looking like it was close but still far away. Christea was feeling her element and I think a November trip is on the cards. Plus I made a new friend near the Chelsea area so its good to get to know new people as well, okay sure its been £45 spent on her and then just as that happens to get her number, her phone screen cracks. But i think this will seem to much of a fake ride for me/.

Then it was still a day of having a nice meal of Tempura Battered Sausages while watching Pokemon detective Pikachu, it was also time for chores to be done and this was then chatting until 3am, this was most nights actually and then it was eventually the Friday.

So this is a good time of dun and well not fun but customer after customer and the usual stress. From iPhone Repairs and more stock and clutter all over the place.


I woke up and managed to get the dog walked for a short while, then it was the start of getting things done, sure there was a chance of a fun time and the hauling of the Trolley.


The Day at work:

Things are never easy as they seem, Work was no exception, customers did pop in for bits and also not one person asked for Zelda, I did show one customer a switch lite. This was also getting iPhone Batteries fixed which then cracked the screen. But I managed to get things sorted the day after.

Now things can get fun when I had to pick up a parcel from DPD. This normally is the place to pick up the things which made things a bit easier BUT when parcels get mixed up it makes it tricky to pick up. But it was a good old walk to the pharmacy for all of this to happen.

Then i got to Central and had a potato dog as well as a bit of Ribena which is always nice. That was £1.50.


Then it was more of working and one of my customers I've had to pretty much talk to give him motivation, he popped in and it helped him but wasted my afternoon. My colleague didn't turn up but that is normality.

Eventually, It was the end of the day and it was time to make sure that stuff was packed up and also I had 2 sacktrucks to bring home, one from Lidl and the other from the Range. But then it was getting there to get some Pandora Bracelet for £35.00 It was nice and actually an old school friend sold me it. But well then it was running up the hill to sort it and i was home at 5:30. 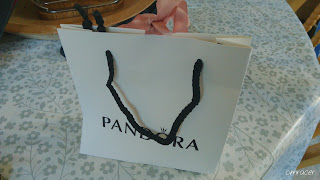 Well, I got home and it was the first time to walk the dog, well she was excited for this to happen and it was a nice sunny walk past the roundabout of Bovis that was being made up.


Then it was playing ball until she lost it in the field, which is about right for her. But Then it was time to get some more packages organised since I did get a delivery of Fifa 20 Stuff.

But then it was finally editing that and also parents home, with friends to chat to some meetups on a hopeful chance. But we will see what happens. Also a new girl I might visit in Exmouth nearing next month but we shall see if the £40 feeding gets that happening.

Labels: #googleglass, 2019, blog, chat, delivery, food, Games, girls, glass, laptop, omracer, sandwiches, september, vlog, work
Newer Post Older Post Home
Also check out some reviews here
Also something about getting data, texts and phone minutes for nearly nothing (only if you OD on mobile data) and don't mind using the 3 Network is worth a click of FreedomPop