Well, this is actually Sunday night and Monday since the Sunday itself used to catch up on the older vlogs.


Well, there was one last date to be planned but anxiety rose for both and she had something else happen and we did try but sadly things don't work out the way we want them too.
In the end, I decided to get changed and walk around,

So, by 9:30ish, I  ran to the first place, naag sag I actually gave a 2-star review once yet I've ordered more after that, it did smell soo good actually.

Then I made my way to a pizza hut I've ordered from which actually I ran in the dark near the park, well it did scare me but I'm stronger than I thought, I got there in about 20 minutes and then it was to look around, the guy was busy on the phone but didn't get to chat much just no gift cards.

Then I said fuck it and ran to Finchley in 20 minutes or so, I got there and looked at some of the places i've fed and where we went before, my mind maybe just had no idea why I did it but I have a feeling I know what I did. Now I did make it to creams and went inside asked about gift cards and then left but did use some serviettes and then walked out, my nipples hurt.


Then it was time to walk to Indian orchid which closed by 10:00 so I explored a pizza place which was smelling nice to a degree.  Then I walked my way to McDonald's and has a nice medium sprite and well actually there was a leftover nugget so I ate that, then it was time to check KFC and some chavs almost started on me, checked the menu then walked out and I ran my way back.


Now actually it's rare since I got back to the Airbnb in half an hour. The air was warm and actually, it was a nice bit our there,  it then I was really hungry so devices to have snacks, onion dipped in BBQ sauce is a fucking good combo, then crisps and sweet chilli dip after.

Then it was asleep until the morning of 7am.

well my mind was awake, my heart unsure but well it was the way back to normality, so after talking to myself and thinking of christea, I got up and then it was a warmish shower first which I had to chat and text the Airbnb rep, he was okay and told me to leave the key in the letterbox and also I asked about taking the rubbish out  so that was agenda.

Actually, a reorganize of the suitcase managed to get the presents in with a little issue, hopefully, safe from smashing as well, the clothes folders in and I was ready to make this end journey worth it with one last gift to get which I put in the cyber dog bag

Then it was a rush to tie up the rubbish and Chuck it in the bin, yes I could recycle but loads of mixed and not really my easy of time to get it done, I mean I'm glad I left a bit earlier else I would have been late
.


Eventually, it was clipping my ankles in the stairs to get the case and trolley down, that trolley took a battering but wheels still worked, so by 9:50 I was ready to go.


The walk to Finchley


Well, I was meant to get the bus bug the route of the bus I needed was actually hard to find so I walked it in about 45 minutes and 5 times the suitcase dropped, I fixed it by a tricky of the bungee by the handle of the case and not around the luggage itself. 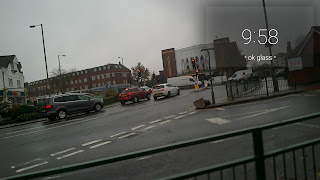 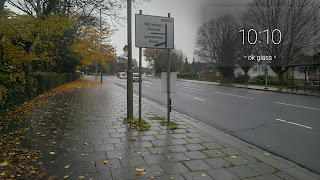 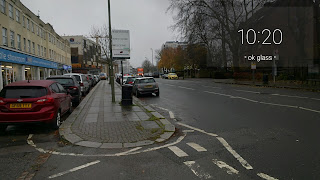 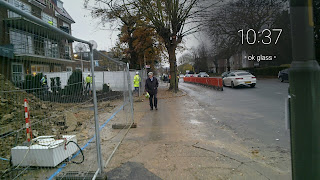 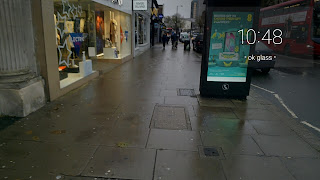 But I then went to Greggs first, the girl I needed to see was not in so a Greggs card it was. Then I dropped it somewhere nearby and then made my way around shops for cheap drinks, like actually yes I'll take Fanta shokata for 2.69. 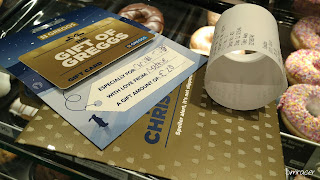 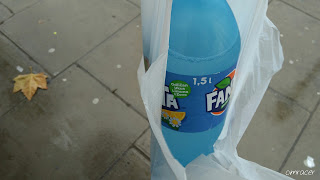 Then Poundland for coach food, 3 drinks and 2 sandwiches for 4 quid is a marvellous deal actually. Then in the rain, I walked my way to the Woodside park and a train arrived as I got there but it left so another 3 in wait and I was on the northern line yet again. 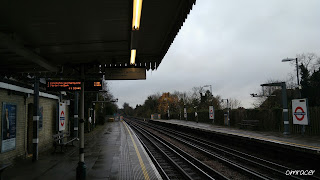 
Well the tube was okay until I got to Euston, it was then to change over and since no lifts, I was pretty pissed about that, oh and I rushed to the point I might of left earbuds in the train, but ah well. Also, a supplier called up so that was a pain. 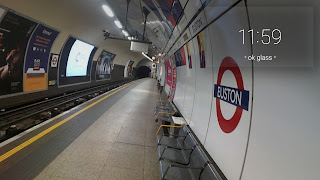 Then the change to victoria was fun since it was heaving and then Victoria was out of lifts, but I managed it just about on escalators, but eventually, I was in the plaza and time to see food, 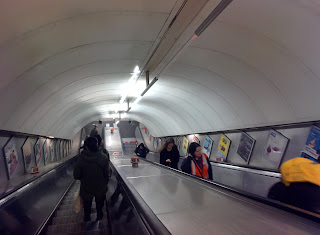 Then I walked my way to get McDonald's for one actually meal since I felt I wanted one since a dream of McDonald's date didn't happen, a nice big Mac with no cheese, no lettuce, extra onions and gherkins. 4.79 us a good bargain actually. 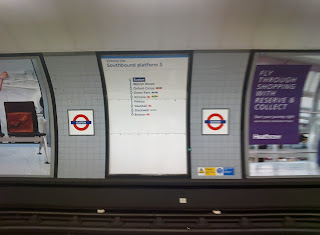 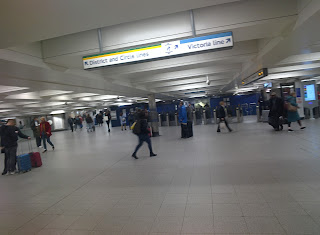 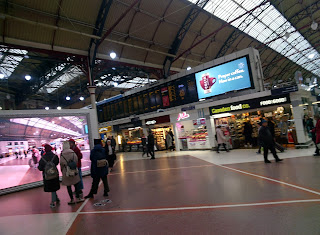 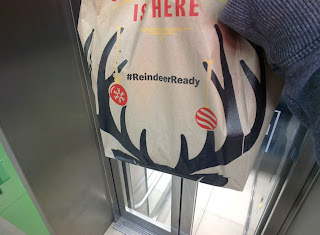 But then it was a fast walk to get to the coach station, which with luck and taking it easy, I was finally at my last stop by 12:40. 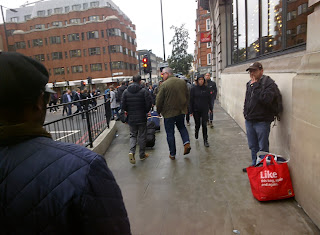 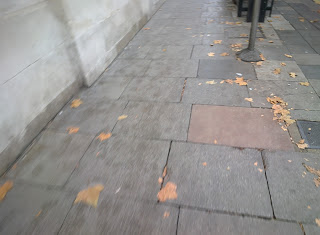 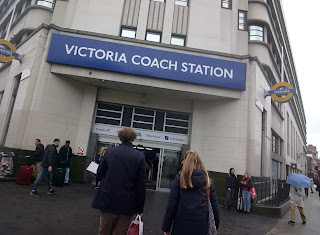 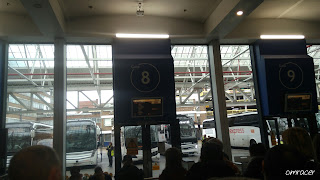 Then I waited and ate the meal and shown a pic and told her I left a gift and I was being stupid I accidentally didn't realise I meant tease as in my lunch and worried her. 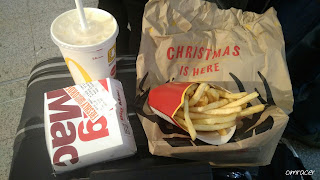 
I got in by 12:55 and by 1 we were off via different routes and actually, it was good I had no seat to share and it was a nice video editing and chatting session. Sure My EA rep called and I told her the truth I'm not allowed to tell here. But also the route was damp and darkening and wet but by 4:20 we got to Sedgemoor. 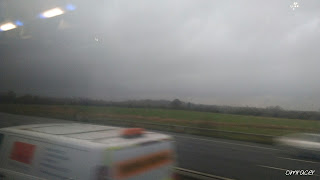 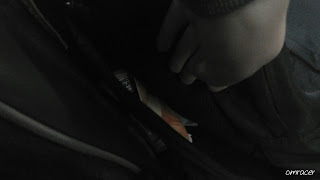 
Well we got there and it was then a chance to explore after toilet, well I went to the fruit machines, played on ginger ninja and won 2 quid and I paid £1.20 in 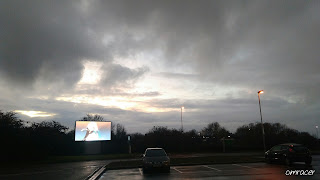 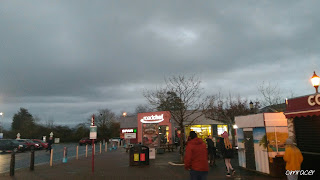 Then it was a case of actually getting back and asking about iPhone org adapters but then by 4:50, we were on the last leg. My sister texts me to ask if I need picking up which for a change 8 said yes so she's meeting mine by 7pm ISH. But we were easily getting in time and no delays at least I can see. Exter by 5:30 and Lee moor by 6:15 so it was a smooth ride home. 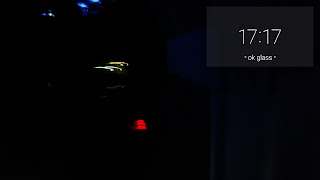 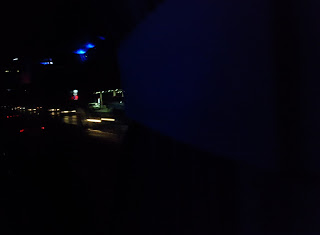 By 6:32, I was off the couch and back in Devon, with a bit of a sore throat arriving back and well since I had to get a few bits it was well deeming like back to normal life. Luckily the vlog had about a few hours to go so I can get that up before I sleep. 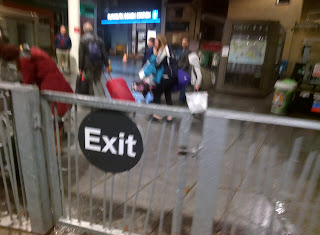 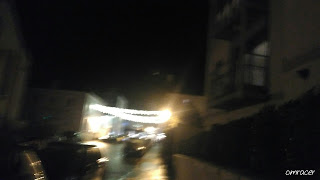 Actually now, we need up driving to spoons for a big burger for a change, well yeah, a surprise, my sister and her boyfriend picked me and up and I told them a few what's been happening and actually turns out, we all went to spoons at the queens head of a meal. And there we have it, another holiday done, sure it sucks having K from feabie stand me up when she was insisted she wanted to meet But I saw christea and well that's important. But then work went a disaster when I got back but I think i've done the right thing in the long term

Anyways see you for Dickensian

Email ThisBlogThis!Share to TwitterShare to FacebookShare to Pinterest
Labels: #omracersholiday, 2019, coach, food, girls, greggs, london, McDonald's, November, omrascer, vlog, walk, wet, winter
Newer Post Older Post Home
Also check out some reviews here
Also something about getting data, texts and phone minutes for nearly nothing (only if you OD on mobile data) and don't mind using the 3 Network is worth a click of FreedomPop