omracer's Night Out: A Saturday Night with Sexual Exploration

DISCLAIMER:
The following blogpost is aimed at informed and adult audiences and contains content which might possibly offend the following people:

So its the 2nd night of a bank holiday week on mayday (Friday May 3rd to Monday May the 6th 2013) and i was invited to a BBQ with some mates into the inner city of Plymouth, even the Ghetto as i called it about 10 times over the night. Here you can experience and maybe even see some of the fun i have had this night.

It all starts with some tweets earlier in the week which was related to having a BBQ since the weather was quite sunny and amazing. For example, the Tuesday and Wednesday was exceptionally hot weather, which you can see from the picture of Plymouth Hoe below:


Anyway, the week went on and then it was the Saturday, after finishing work at half 4 and being told to meet the mates i was going to the BBQ with after 6. So i rushed home and did some minor chores like getting the dog out in the garden for him, fed the fish, taken the washing from the line, had a shower, gotten changed into nicer attire, which in this case was a hawaiian shirt, Dark Grey jeans and my most noted green hoodie used on many nights out.

I left the house at 5:40 and the buss was at 5:50 at lidl, maybe this was a bit later than i should of gone, since i ran down to lidl and i just missed the bus as it approached the stop and that was 1 minute early as well :@.
So i found out the next bus was to be at 18:25, according to the First bus App. So i had no easy choice but to run to the last bus stop at horrabridge. Now this was a safe route, along drakes trail and the same route i used to cycle to Plymouth, which is very familiar, running on that is quite a task but can be done quite quickly. Google did suggest the time it would take would be 1hr 13m. I ran it in about 35 minutes.

Now i got on the bus, this time i bought a dayrider + for £4.70 which is any first bus in and outside of Plymouth  Thats £1.40 cheaper than a standard return which is a good surprise  So i paid for that and sat on the bus, relaxing and tweeting and checking facebook content. Mostly the usual crap on there nowadays, memes and relatable quotes on them shitty postcards.

I got into mutley about 7:15, i got a text from my mate who was getting a bus to mutley and needed to buy some burgers as well, so me and my mate, Pete, went to Co-op and bought 4 packs of Beef burgers, which was on a special offer which was BOGOF (Buy one, get one free) for £3.00. Which each pack contained 4 burgers, so 16 burgers for £6 is a good offer :). After that we, walked down a road and then it was like a very small surburbs, you could call it a Ghetto except there are posher cars and more Wastebins than what people might consider a ghetto. But heres just a quick glances at the place


Anyways some sausages were being cooked as well as slightly overcooked bacon, it still tasted nice, the Evening was fun, various topics and telling old secrets and experiences to the guys and 3 girls was very fun and  i even fed some sausages to one of the girls there, it was a pretty sexy and very inter mate in the mouth experiences ;). Now the girl was the one i kissed on the cheek on the last blogpost. She was really into it, even more so than me.

Well at some point some teens were walking past and then one of the flatmates was chanting something and then food was being thrown and was fun, untill the kids were sprayed with water and then the kids actually attempted to egg the house and nearly hit one of the girls. Shattering stuff eh. But after that was more chats and then it was 10pm.

Welll some lady was complaining about the noise us lot were chatting at and was on the verge of calling the cops/pigs/old bailey. She was whining about she had a Ba by (if you pronounce it as i have spelt, then you'll hear the odd accent, but thats how this lady said baby) asleep and she could hear every word. So most of us went back inside, googled the time before you can get reported by the cops for loud noise, it wasn't loud music either, just chatting.

So inside i think we were chatting some more. Basically there were 3 girls that were up for doing some things with me. I had a good half hour to work out what fantasies i could possibly do. So i think we decided on 3 things that could be done. But i had to go toilet before Now i could explain how this was going to go. But the videos to be honest explain themselves, Many thanks to pete for filming these. Enjoy many of the main clips featured on the night below:


BBQ feeding and squashing by omracerfaps


Now that was fun and quite hot, i must admit, i kinda was mean but i had to get the girls in the right places, which i think worked excellent ;). But after chilling for about 15  minutes, the next thing was decided. Now this is more common and technically my 4th feeding session. This one was alot more sensual than the others, also my jeans didn't help but it was still a amazing bit of fun ;)

And the final video was a new expirence and somewhat different and kinda hot but i was incredibly nervous. The feeding concept is still in this, but if any of you remember one of the Sex and the City Films where one of those protaginst girls puts sushi on herself for a guy to eat. Then this is the same thing, except with that new Cadbury's Marvellous Creations bar. The Jelly popping candy one: 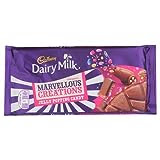 So basically i took my shirt off, one of the girls places various pieces were placed, she even placed them on my nipple but that was quite a risky spot, i decided not to do that in the end and it was moved. So then as you can expect, another girl started eating it off me, although the chocolate was melting on my belly before she even started eating it. it was a nevry thing, but it didn't turn me on, which is quite a surprise since i did when feeding a sausage to her.


After that, it was nearing 11:30 and it was just more questions, chat and other things. Which was nice since i enjoyed tonight and i've not been squashed for many years. The last time i was when i had a now known famous radio presenter come to my house along with Abbey and 2 friends of hers and both Abbey and one of her friends squashed me. This was much, much, much better though.

After that, i decided to run back to the bus stop at mutley, some old guys were there, one told me to slow down and asked if i was ok "lad". I said i was fine, then got on the bus, and basically was on my way back home, by the time the bus past yelverton, i was the only one left. But i got off at lidl and ran back home, the lights by the football club and college were on surprisingly ?. Since usually they turn off at midnight and it was 00:30 when i got off the bus. Then got home and relaxed before typing this up.


Well that sums up the Saturday night. Now as i finish this i've got a roast gammon at my grandparents house.
Tonight (Sunday) however, now this will be another blogpost on its own and alot of fun with new events happening such as a Booze Cruise for a girl i do find physically attractive mate's 21st. So i'll try to vlog as much as i can the whole night.


See you in the next blogpost very soon.
Mattie

Email ThisBlogThis!Share to TwitterShare to FacebookShare to Pinterest
Labels: bank holiday, BBQ, feeding, food, gem bridge, ghetto, may, Mutley, night out, omracer, plymouth, running, squashing
Newer Post Older Post Home
Also check out some reviews here
Also something about getting data, texts and phone minutes for nearly nothing (only if you OD on mobile data) and don't mind using the 3 Network is worth a click of FreedomPop