Well, with the final night of the fair upon us, its been a good week with new things in both working life and omracer's life. Goose fair was a sucess and sure i might of missed seeing cute foodees and muffin tops from girls i like but I did see the house and friends i've not seen since July is pretty important for a few things.

But as i got home at 5:30 after some last minute stall closing and accounting. I ran home and then walked Rosie as per usual, I did actually try a few pics which didn't work using the button but looked ok maybe.


Then after i got back, I relaxed after a decent toilet break and by about 7:15. I had tea which was noodles and Ham among other things,

Eventually I left at 8:15 and got there for 8:25. passing the usual viewpoints and I got some dark landscapes pics snapped. it was pretty loud at this point. Then i ran down and then started the vlog about then at the same place I started Tuesdays vlog.

It was the walk to the fair, there were some chavs about talking about social anxiety and then I got to the fair and it looked busier than last year. I explored around the area as
Along the way I saw Chris and he wanted to know if I was in the shop on Monday, I said nope, so we'll see each other on Friday afternoon, might prove useful but knowing next week it's going to be hard with home visits for most of next week. I saw ash and I saw a girl that said hi to me then I walked around, I saw a sonic plushie I was tempted to win but nah, it was not worth it. By 9:15 it was typhoon and Stargate packing up while some of the other rides were still going, so I decided to leave and get to the square.Then I felt an itch which maybe the toilet would cure so I was about to go but a taxi driver was desperately going in there, so it was pub and shop exploring time. it was OK in one stop, some deals and reduced bread and yum yums, then ordulph was having a posher bar, I think Laura smiled at me, then I smiled back and left. Next was co op and the union, co op had some bbws and some nice drinks but the union was blasting music and fighting type guys around, I think cher smiled at me just as I was leaving. I passed the pub opposite the old shop and made my way to weatherspoons. I walked to the bar, someone I vaguely remember said hi and asked how "my computer business" was going, I mentioned the market, she nodded, her hubby offered to buy me a drink, I declined but I waited about 5 minutes and walked away, then I saw a customer and we caught up and chatted, he asked if I was out with mates, I said "yeah pretty much" even though it's not as simple. I was wondering to try to get upstairs since I forgot where it was where I saw Katie, she smiled alot but asked about my sis (her bestie) and I kinda tried to say she was OK but too loud chatter. I was supposed to get a drink and vlog there but nerves and I walked to chams, I passed this wealth guy who was nice so I then Walked to a chair and typed this up. the rugby finished and this girl with a group of people mentioned me and Google glass and I just kept quiet. By 10:05 I decided to leave and try weather spoons again for a drink and a piss.I got in there, had I'd checked, realised where the upstairs and had a piss and things then walked back down, I saw Scott who smiled and nodded. then it was the wait of about 10 to 15 minutes before I finally was able to order a glass of water, it was quite big for a little glass but hey I was happy. I walked past Scott, Curtis and 2 blondes who have a page 3 (before it was stopped) vibe to them, Scott asked if I was behaving myself, I said "yeah" with a sigh and relaxed in a room by myself pretty much, drank the water while vlogging and just resting. 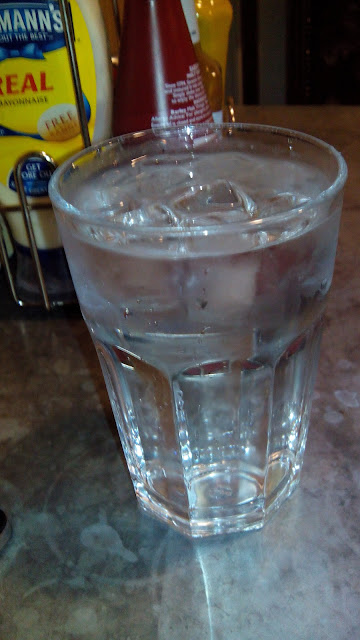 it's nice to relax every so often by doing this,,I felt no evil stare to order a glass of water, it felt good, then 2 guys loudly chat to the table next to me. Since this was about 10:30, I decided to head back home via the fair and most of it was packing up and letting of pressured steam, it actually sounded like it. Running back felt slightly heavy but i wasn't sure why.

I got home about the 10:55 mark and it was a night relaxing time to get this up and then fap n sleep. And that concludes the fun at Tavistock Goose Fair 2015 for this year. More posts and vlogs soon and soon a 2nd to final catchup on my New Years resolutions before I have to set new ones.

omracer
Labels: 2015, blog, Co-op, Fun Fair, goose fair, goosey fair, Jack Chams, night out, october, omracer, pubs, tavistock, The Ordulph Arms, The Queens Head, The Union, vlog, water, Whetherspoons
Newer Post Older Post Home
Also check out some reviews here
Also something about getting data, texts and phone minutes for nearly nothing (only if you OD on mobile data) and don't mind using the 3 Network is worth a click of FreedomPop