Now then, its another year gone by another its now 7 years since I tried to move on the from the bad times many years ago. Things have been very flat yet low which theres this feeling of not trying hard enough when other things are popping up, either family or work. Which i've noticed more and more in the past few months.  A recent selfie 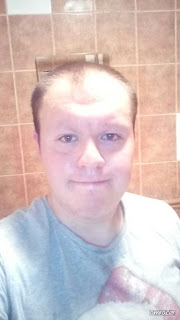 So, this year since the last anniversary has been quiet. I've tweeted less and less and things have not been as up to date as I know i should of, this year I've started to catch up and now Its picking up. But here is a infographic (aka a screenshot) of the past year of  the summary of my tweets which have been popular and who has mentioned me the most.


Showcasing the moments of my life which have been from food to flirting to buying food and even the odd abuse from people getting the wrong idea. There has been more feeder flirting in the beginning and some still around, which that side has gotten quite intense from Feabie which has almost gotten me some places better but not always. There were even new followers, from BNGI reps to even that celebrity that was mocked for her weight by alan sugar then lost a load of weight and suddently got engaged. But that has now gone since the ring was added. Also have the Rustlers official account following me as well as one of the Epicmealtime Lads as well.

Also there have been new blocks, from some Plus size fashion bloggers which has been some of a let down. There recently has  also been a surge, since may. Now this was actually from the events of a BBQ when swaggy really hinted to use a different way to share the meals. So I used twitter itself, and now its become some of the highlighted pics of months which is nuts really.

But the video side of things is not as strong, except for the music video for last year.

The Progress on online dating things.

This hasn't been going too well on Tinder, especially earlier in the month where there was a surge of bots using legit locations such as Torpoint and Plymstock which made it hard to make sure it was not legit to the naked eye, but when  a cam link happened, it was a fake for sure, but the fakes were using the same location (well 2 did and one didn't) which did piss me off a bit.

so the story of the 3rd tinder match acting exactly the same except different addresses has an extra say pic.twitter.com/KlFgGfWLZV
— Mattie LT Marker (@omracer) June 20, 2016


But failing that,  WooPlus has been dreadful with only one match but no reply to messages.

Feabie has really gotten better, sure I was more chatty to Tasha, this girl (whos dating a girl sadly), who was so sweet, but reminded me of emma with the same career path as her (and also Tasha who i fell for but lost shortly after buying her flowers) and we were chatting nicely, then I bought her pizza since she was desperate hungry and was  happy when I did but she also felt bad since i said i'm not a big earner but that missed up a major chance there. As well as that, theres a shit hype that MTV are doing a feederism documentary and some user (i was playing Pokemon GO while this happened) mentioned she was in one for a quick buck but regretted it and landed members on there scared and deleting pics :/. But there was one nice skype call with 2 mates from feabie whioch might lead to more than one but it might not, shes near London so it might be a trip up if i'm lucky enough (not looking it though), which felt nice and both were chill.

A Look at the Goals

Well as always, its worth to double check those goals for this year and see if any have been complete.

The Plans for the Summer

Summer is here and this is the Peak of it. Sure I will be working mondays as of next monday (along with a vlog due to a event which is rare) until September but it might mean I will be having some time during the week off, which means day trips. Some suggested places like Torquay (jodie actually did tweet me to go since Paignton Zoo is a model there now), St Ives (for classic nostalgia and cornwall #throughglass hasn't been done yet) or Exeter (Where a feabie member is and Chelsea is nearby but not sure).

There might be some opportunities for a night out and or even a date with Gracie to continue learning about dates and that feeling of kisses and cuddles is really strong.

omracer
Labels: 2009, 2016, 7th, anniversary, blog, catch up, Feabie, food, girls, goals, july, love, omracer, summer, trips, twitter, twitterversary
Newer Post Older Post Home
Also check out some reviews here
Also something about getting data, texts and phone minutes for nearly nothing (only if you OD on mobile data) and don't mind using the 3 Network is worth a click of FreedomPop