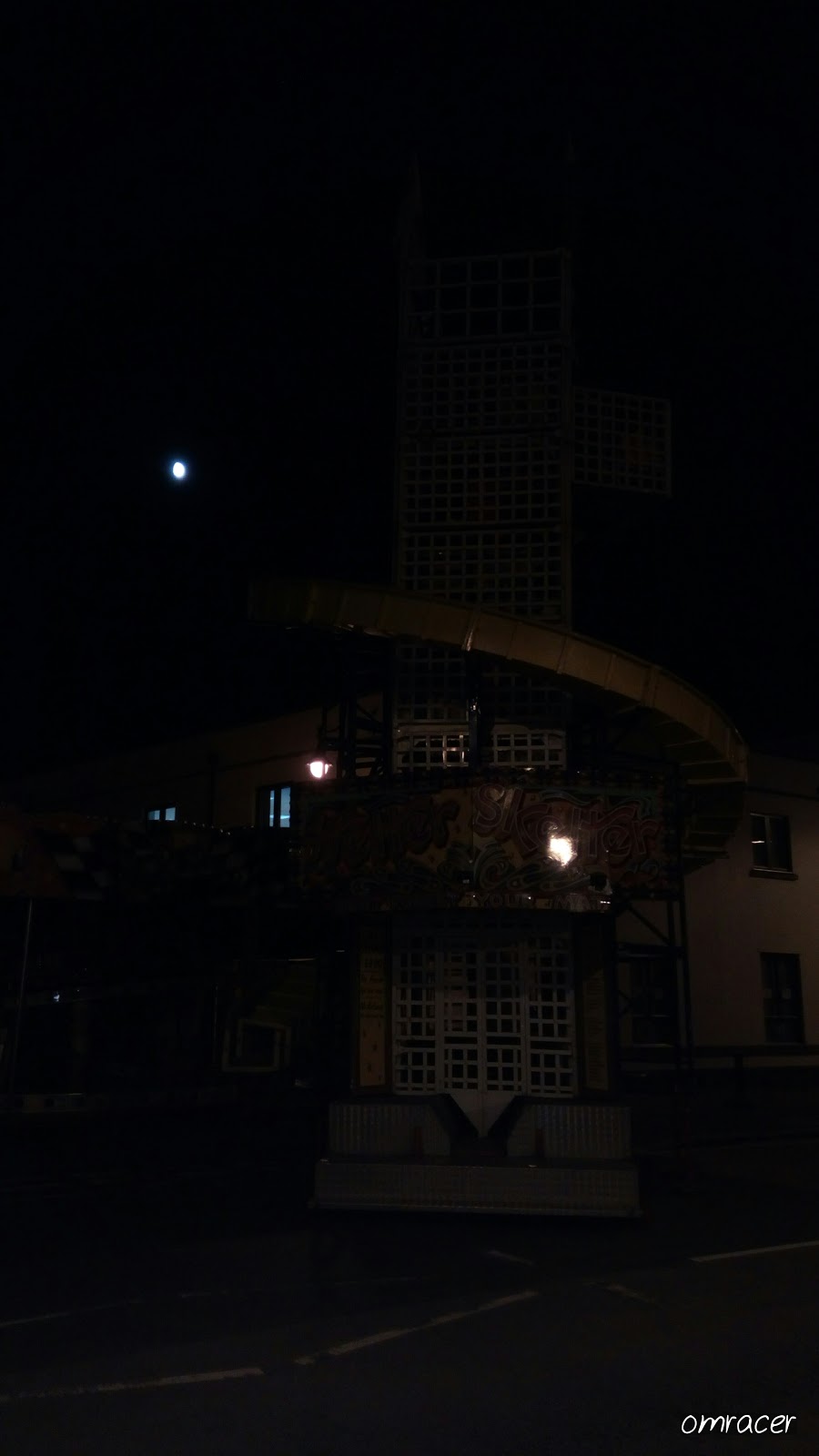 So, it's the best time of year for me then, Tavistock Goose Fair and this one is looking to be almost too quick but I'm excited. With this  year feeling no different or so i thought. The vlog is below:


The work before the Night

This day started like any normal tuesday, sure I had a bit of a cold after that night out being rampant on my body over a week ago which left me a cold but this was only the head and nose to get over with. I ran to work at  after a 8am alarm going off. Running felt hard but it was there eventually. The sky was a blue but slightly nippy but there was a few rides on the square, being parked there for only the one day. Which this was David Rowland's Rock N Roll Dodgems. And that was pretty much nearly built in aspect for the big day.


I then got to work and it was greetings and usual workings. Man it was quiet today, but I had a little gift, a card arrived in the post, this was it, a Giftcard for the Powwow TV competition, Which I had won £200 from, which for christmas that is my main shopping sorted I said to myself, showing neighbours and them going huh at what i did to win it, but meh.

Work was then genuinely quiet minus a few little bits, Since of the night, I decided to actually get some lunch which for this time was packet of space raiders for £0.20, which got me another ride going into town.


Then it was finished time and a Remix OS attempt home visit was the next stage and i was supposed to book stuff in but it was then 10 minutes until I would have to leave so i gulped as i hoped my colleague would do it tomorrow, since he is covering me for it. But then I ran home. It was then a case of getting ready for this big evening of a prequel. The tea was chilli, that was lovely along with that helmans burger ketchup. Man that stuff is ideal in a crisp sandwich too.

I was getting that nose sorted and after eating it and catching up on the internet, you know, snapchats, also I'm testing filters for snapchat now too.  It was time to leave at 7:30. I was changed and running down...
The run was nice and then it was 7:35 and i was in the park which was showing the nippy sky quite alot along with the kids about. But the i got there, the meadowlands which had no funfair behind it, a familiar sight like 2 years ago.

I wandered up, #exetremerideuk was there along with the familair favourites like the phantom menace and Atlanta Dodgem's. A mini bumper cars took appearance this year, while tagada moved to the corner where a booster usually appears and shows the skyline. AS i was walking, i saw a girl who knew me and her mate/boyfriend who was asking me for a quote on how much a Gaming PC is and i said depending on the games, maybe from £400 upwards and he was intrigued on how low prices that seems.

As i was browsing, I was checking on the wonders of building stalls that will be having flocks of passers by getting and buying fro them, from food stalls, a slushie stall that saved my life and much more. By this point, I had a selfie from a girl and did the traditional pose.

The walking continued and with less people around, it felt really empty but this was not really a busy event as it used to be or i missed free hour.


Then it was finally too cold and I decided to make my way back from 8:45, which I said my goodbyes and then ran up the hill, which was not too knackering, there I saw my parents and the dog who were just walking around the estate to exercise Rosie, she rushed down the hill and up again and down then up then walked on home.


And that was it, the night before is just a glimpse of what us might expect to see tomorrow, with food stalls, sweets to buy and gulp down, hearts to be read and geese to honk, this will be fun, see you soon.