A Sunny Trip to Looe

Well its the 1st Sunday of April and also the. .2nd Sunday of the BST and if was decided on a trip to looe would be the best idea.


I had woken up after sleeping at 1am due to the video editing  of the aloe Vera juice the night before. The miui alarm has me up at 7:30 but i did crash out and my eyes awoke at 9:30am where it was internet checking, chatting to Raven after she ate a massive lb of cheese pasta and bloated beautifully, i found out Leah loves that i make her laugh. but i woke up and checked emails after drinking a bit more aloevera juice along with the vitamin c tablet and rubbing the ibuprofen gel on my heels. Then it was the time to just browse the internet and also some henkaku chat and then it was a nice caramel finger bbq roll for breakfast before downloading the ps1 games i bought from the store for the ps TV. 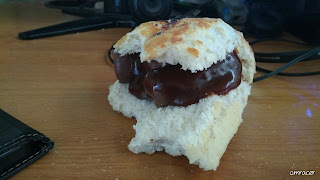 Then it was Ridge Racer for a bit before I got changed and we headed off at 12:45 ish. The journey was sunny and it felt warm white listening to memories. Eventually we got to looe and parked in the big carpark by about 1:30.


The sunny walk For lunch


Now we arrived and paid for the carpark which was £4.60 for up to r hours and then we walked our way to Kelly's and met a friend of my parents  along the way. I walked past so.e cute girls one with a double chin that was soft as she was eating her ice creams.

Then we got into Kelly's and checked the menu after we got seat that was the table in front of the entrance. We chatted then decided to order. I went for a specials menu item of beef chilli and for a change I added chips in the mix, mum had nachos instead of chops for her chilli and dad had a cottage pie, it was £5.50 for each meal and £1.75 for drinks each on top, the total was around £23 which isn't too bad for 3 people for a local business. Then we waited a short while and it was then arrived and Time to eat.

The taste was lovely and i was not full but not starving afterwards, it was with it do a degree then we walked around shops and browsed from items like sandals to a cheap version of a tile for £3.99 and there was also more offers here and there and loads of Pasty memes Bakeries which would be ideal for feedist days out really. I didn't go to the amusements in the end, that was not my desire this time compared to the past but i was a +1 and respect the couple that bought you here etc

Eventually we got to the beach after passing crabs in buckets , more shops and lifeboat station.
It was to the pier at the first part which selfies and views of the sea

Then as i walked back, a old chap told me a memory of him having a 12 force boat here at half tide and smiles as i walk away from him, to the beach, then it was a quick break. But passing bouncy slides and cafes and a sit down in the steps bear the beach was nice to just let the sun come on me and relax my legs.

Then it was time for a nice chilled ice cream, well i went for a orange push up fruit shoot and that was nice but gave me brain freeze twice.

A Shopping trip before the home drive


Then it was a wander back to the town and the main but back street looking street, Thai restaurant, a pub, a Italian restaurant and even a American sweet shop, yes and i popped in there, which i browsed, saw nice junk food, I've seen some snacks that big cuties models eat on videos like mudpie and Hershey's . But I noticed koolaid sachets for a amazing £0.35 and decided to buy 4 packets of those which came to £1.40 and that was as cheap as one bottle of Robinson's juice in normal cases.


Then I went to mountain warehouse to show mum the sachets and then went upstairs to see tents which was nice to see a 1 person tent for £39.99 and even bike chains for 2.99 Which I was a bit shocked with.

Then me and mum left after she bought a jumper and went looking for dad who was looking for us in the town and was annoyed no one told him. But then we made our way back l to the car, passing in some shops that were open, which mum was wanting too look at a freddo for £0.30 but that was a massive queue in co op. Then we got into the car and it was a nice quiet journey home.

Thats a quick trip done, there will be vlogs and more reviews this month from the things I've bought (under £20 max so its not the most expensive ones) . I'll see you for those.