An NSane Day off

Ok this wasn't busy but its actually a interesting day off to say the least. Sure it didn't really involve much  but sometimes it's nice to do.


So, it was 8am, I woke up even after my alarm for 7:30 everyday goes off and I put it off (not snooze) and then checked the internet,,Snapchat was nice with a really cute and beautiful gaining pic I got sent with leggings and I was amazed. After fapping and getting changed, it was time to check emails , with managing the capture card a few days ago, streaming will be easier after having to do a clearout. Eventually my dad was asking quick questions then I said I was off to see nan and also a client before that, work gets busy. 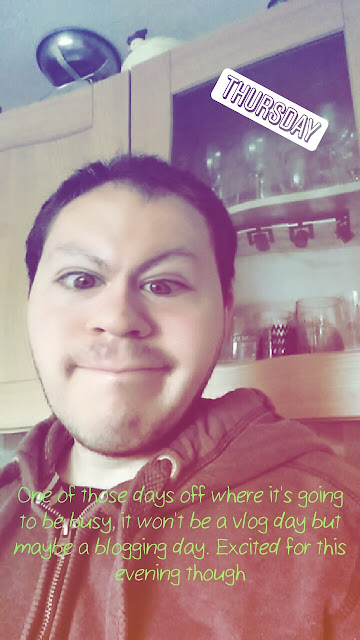 I ran in the rain and got to the bus stop, a fed ex  van was parked but suddenly left as I was waiting. Then the bus arrived.

I got on it and paid the £3.60 return, a work colleague said hi and chatted before I got off on an earlier stop than usual, which the rain was better and had stopped by then. Sure it was nice to do a bit of sorting on my phone. It was a little bit wet but not peeing it down as I got there. 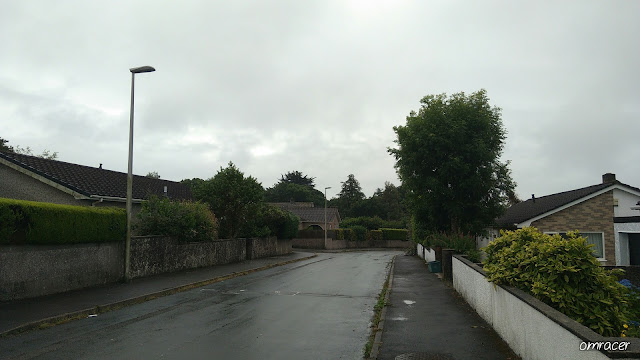 The midday at Grandparents.


I got to the place I needed, taught her how to use the dvd drive and then ran to my Nans. It was wet, passing builders as I ran by places then got to nans just as my grandad was parking the car in the garage. Then we chatted and got indoors and it was a nice drink and a catch up.

Then it was helping grandad setup a phone he bought for £20, those doros and making it work with his simcard he bought for £0.99, that took its time and then it was time for a fish and chips for lunch. While watching the news, sure it was depressing but things were nice to chat and hear about the days of the rules of everyone to take care of each other. I was a bit longer than usual since i was having to check the TV in their bedroom quickly so it was slightly colder than I thought.

Then we had a nice lemon sponge and chatted a bit more before watching the news before packing up and walking up the hill with grandad to get the bus back at 1:40. We chatted and he wanted me to check on something with streaming dongles before the bus eventually arrived 1:55 and got back on.

As i was on, some lady was telling me about nail biting before she got off on the next stop then some kids got on  and it was a nice wait until I got to the bus stop. Once i got there, I ran up the hill and then to get to Home. Once I was there is was a quick change then it was a dogwalking.

Once, I was changed, it was time to get Rosie ready and then Walk to town to get something from work. It was slightly better but the ground was still soaked from earlier on.

I walked on and via the railway line, foot biting and drinking from the stream, it was the damp air and the mild weather to go with it, but eventually in 18 minutes, we got to the Viaduct. Which 2 guys were talking on the viaduct, rosie didn't want to go toilet so we walked down the hill to work.


Then I got to work, I stood by the kid's van in work while my colleague was serving a customer, then my neighbour saw me and I signed a card, Paid £5 towards my landlord's getting married present (going to Cyprus or something like that). Whch then my Copy of Crash Bandicoot N Sane Trilogy arrived and I was hyped which then I walked out. As i did, I saw my mum and sister accoss the square and then they saw Rosie biting me foot. Then we walked to a watch shop to see if a Kors watch could be fixed before going to a jewellers to see if a pandora could be fixed.

We walked to central to check on what could be bought for tea tonight, no luck with any offers, but mum bought some things and then me and my sister drove home, putting Rosie in the car and then we got out after parking outside our home. Once she picked up her washing in the Tumble, she left and then it was time to get this up and relax. But I decided to make a quick snack after i got home.


And that was it, it was then after tea to play some Crash Bandicoot. To see how the trilogy plays and my excitement could not be contained. Which will be video full definitely.

With this, then my time will be busy but i will find time to vlog and with events during mid july and maybe specialise announcement on anniversary.

Labels: #dogwalkingwithomracer, 2017, blog, bus, Crash Bandicoot, Crash Bandicoot N Sane Trilogy, day off, granparents, June, N Sane Trilogy, omracer, ps4, visit
Newer Post Older Post Home
Also check out some reviews here
Also something about getting data, texts and phone minutes for nearly nothing (only if you OD on mobile data) and don't mind using the 3 Network is worth a click of FreedomPop