Well it's September, Spider-man (with the hypen) is now out, but selling both has been a lucky guess and another time of getting things done with time to myself while parents on holiday, no Rosie to worry about and myself reviewing regen, it will certainly be a nice time to hopefully get out into the world. Video is below


A preparation to be had

Actually this week is planning, planning for ideas and making sure that I get what people and myself want done. But 11 days of videos (not everyday) that and pc building as well as ordering with cute staff that want sales weekly. Anyway love life has been bland but chatting to someone nice, well no change since the endsleigh time but deeper conversation but also open my mouth, haha fighting celebs.


A time of work

But it's the Saturday, I woke up at 6:45 and saw my parents off at 7:30 when my sister dropped them off, she wants us to catch up one evening of this time too, so that's cool. But then they left and I got ready for work and it was another day, actually not too bad selling and booking, appointments, like 4 on the Monday after this, hopefully regen will help with this.Also a incredible competition I handed the prize to a winner and she was my dream size and that had to be coincidental since I never checked her FB before hand.
Then I left work actually early, found out torchy is moving studio and that might be more blogs on that. But then I got home at 4:55. Once I got home, it was time to get things checked out an the phone ready for whatever happens, chatted on snap and also got regen ready, minus a catch-up call with nan at 6:30, "oh that's good". Then by 7:15 I was changing and ready for the bus which was at 8:05 from lidl . Show with police shampoo plasters in my nipple and 3 spoonfuls of regen in the shaker to get me energy. 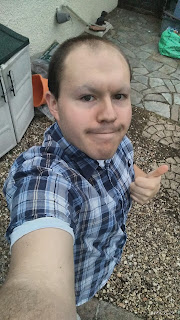 By 7:43, I was running down, it felt so quick and I knowcthat was a decent time of 8 minutes, like thats 2 min faster than when I get to lidl normally, but lidl trainers and cut jeans help alot.

It was actually a late bus and I was waiting 15 minutes, which made me think I missed it it this cute Morrisons working with a round belly and soft smile, but I paid and got on the bus, the sun had already set so darkeness was my friend here. But the journey was not too shabby with it taking an hour. I finally got into plymouth but I felt a major time to burst for a piss and I ran my way to roundabout, 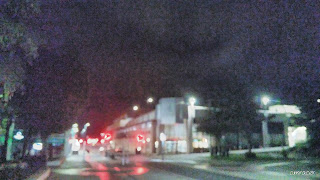 As I got into roundabout I manage to get a piss done and then browser around but as I pissed, I felt a pain in Mr right stomach, that was odd but eased off after a short while, but then I made my way to the casino and that didn't have much luck.

The walk to rocksalt

for a change it was time to explore Union Street and actually walked my way to rocksalt with hope of some romance but hey, there was none here. I passed and went into aldi which was okay but I was feeling a bit weary and shaker still, maybe it was late nights catching up with me but since the last buss was 11, I had chance to get home safely.


But then I walked into fever, still feeling not myself and maybe this isn't a good idea, but I went in, the bouncer thought my passport was my twin brother but I got into then paid £3.00 and pretty much typed this up and raved for a short while, there was this cute ginger girl dancing who was curvy. Maybe popworld would be a better idea I thought. So I walked my way to popworld, maybe to see Sophie and Lauren and well, that queues were packed. But I was no way okay to carry on so it was my way home I had to take .

So, walking back to mutley was the easy way, seriously with the swaying and the eyes trying to doze off. Luckily the walk didn't take a while and well, I was then on my way to North hill. As I reached switch and noticed Cuba got replace with Q bar which looked pretty amazing to be honest, so I walked in and it must of been Taylor with pink hair in there but the rep just said hi as I wandered around by myself .

Then I walked hot to the spar and browsed for a little bit which then various foods tempted me before I managed to get to mutley by walking and the headache was starting to kick in. But passing pubs and visiting shops from memories was nice too.


Once that was done, it was 11pm and so I walked to the bus stop and a few people were eating for the but and it was about 5 minutes, not bad for a wait but I was feeling the crash big time, since I though I nearly lost my ticket, luckily I found it and got on then I was feeling giddy and drowsy when on the bus ride home. But eventually i got off the bus, which was a drunken trance in its own right,
Which getting home was a long time, I mean it was a very long time indeed, about 30 minutes of walking and the hills were hard to walk up, i was feeling giddy but less ill than on the bus. But I finally got back home by 00:20 and then was changing and locked the door before i crashed out and woke up at 6:45 the next morning.

Well, it isn't energetic but i felt i had more energy than i though, sure i was sleeping in until 8:30 and then checked tinder which had a few bbws but no matches and then fapped and then got up, drank some water and was typing, but i felt like i was weak but energetic, but then i did make a nice chicken burger for breakfast.

Which after that was chores and chatting and getting this typed up.

Personally it was a waste of time, I will get a bit more sleep and less regen in me for hopefully a freshers night out next week, but other videos and maybe even meet up s might happen in between.

For now, I have videos to edit and more social moments.

Labels: 2018, aldi, bus, energy, fever, giddy, ill, night out, omracer, plymouth, regen, ride, rocksalt, september
Newer Post Older Post Home
Also check out some reviews here
Also something about getting data, texts and phone minutes for nearly nothing (only if you OD on mobile data) and don't mind using the 3 Network is worth a click of FreedomPop