The Doctor to Visit

Well, this s overdue but with the recent events in my life it might be important to get checked, especially after s suggested it and really Gracie did as well since we last met, you know it's been over a year since I kissed a girl, but today has been hectic. Oh and o might of booked a weekend away with a cute Welsh feedee in January so go me and she not fake to say the least and single so this will be fun, this appointment will help or make no difference at all, we will see.


No vlog since this really suits the vlog but I will catch up with you soon.


A hetic day indeed, with things being busy in work like consoles no being arrived and also customer being moody, but I did manage to sort out a few jobs and black Friday weekend was popular indeed. But it was soon to be the time of 4:50 and just as I get things ready, I get held up with a customer, but with an issue about emails and another about birthday presents and Fortnite. Also an order came in which was part of my mums Present and stock for the shop. 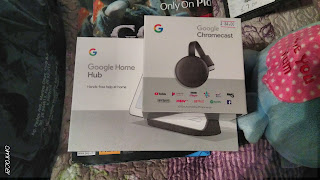 But I managed to run to the surgery by 4:58 and it was pretty crowded, so I was lucky to find the appointment was late so I wasn't too far off.


So, radio 2 on in the surgery, I sat down and typed this up while waiting for an appointment, I was bursting for a toilet so went before my name is called, rushing to go and wash my hands and luckily it wasn't a massive wait to see if I might of left it too late for the penis, well in this case it might of, since maybe the burn when I run to work after a fap is getting more common and sometimes when I pee as well. But that and i need to really sort it out since a 25 year old virgin needs to be well sorted.

But it wasn't until 17:25 ish that I was in and ready to face this, but with doctors, I wasn't in until 17:37, but at least no one booked me on work tonight. But Dr Ross was maybe going to see what the next stage is, but kids crying and one puking, well that delayed it to nearly an hour later with 17:45 but maybe I should of really paid the £110 for 10 minutes in Nuffield. The phone battery was on 2% and hopefully I could sort this out. Eventually it was 17:55 and he called out my name.

So, we walk in and introduces himself, very casual to be honest which is good, but he was a new GP since i've not been there for 6 years almost. But anyway, I explained the situation and then he decided to say to have a look, which is fine. I got on the table and took my trousers down, laid on the bed and he got his gloves on and just before he was about to touch, i jumped back, he was okay about that since he could obviously see i was sensitive about it, so then he asked me to show him via using my own hands and i said i was nervous about touching it, but he did confirm i have phimosis. Which i know, and so i said about Gracie and S that said about me needing to get it checked and he said its actually a variant of normal since people have 3 types.

So with that, he said that it actually is more riskier to have the operation/circumcision and also no cream or ointment will help me pull it back as its that tight, but it does not stop me from having normal sex at all, so physically it means i'm ready for sex.

Then he went on and said about the stings and sensations are still natural and most people have been in to check if its natural and healthy, which they were. He was also confident about saying he's looks at alot of willy's and also said alot on how my confidence was with it, but didn't really say much about how to fix that but did say how my expectations were based on what everyone else has told me which I get but with S and Gracie both being experienced, i would really think its fair to listen to them too but from today, its helped me know i'm ready.

So he was pretty much easy to deal with and said if you still feel you need a bit of help or any worse pains, then visit him but it won't be painful to help me lose my virginity. And it was then finished and we shook hands before I left. Even though I know i need to know things like how to put a condom on and what to move around, as far as i physically know, I'm ready for sex so. it leaves only 2 goals up for this year.

The evening to reflect

Just telling myself what i heard should now of helped, my battery died on my phone i will admit i was relieved a bit, well think on it, which has made me feel a bit better, so maybe i might lose my virginity next year from what plans have happened. But I got home by about 6:30 and then it was to catch up with parents and check E-mails before having a nice bit of Gammon and Chips along with extras before finishing that off while watching ghost whisperer.

And thats it, well its not much happened this year but more will be reveal in the review of the year which I will start next week, Dickensian will be good too, but we will see what happens.

Labels: 2018, blog, check, doctor, food, girls, gp, new years Resolutions, November, omracer, penis, phimosis, sex, up, visit, work
Newer Post Older Post Home
Also check out some reviews here
Also something about getting data, texts and phone minutes for nearly nothing (only if you OD on mobile data) and don't mind using the 3 Network is worth a click of FreedomPop