With the evening and the family of the dad done,  It was finally time to get the big day out of the way, things were sorting and presents wrapped as well as friends chatted to with other gifts given, Shann got the uber card in the end and well, Deep freeze didn't redeem for Hannah. But it was now the time to get today done.

I did wake up and get chatting to S at 6am since i went for a massive toilet break after the 2 teaspoons of regen i took to try to force myself to get the Xmas haul done and that went blurry and meh. So, once I got home by 8:40 my mum had woken up and it was time to get the video edited, which was quite good, like okay I did skip on time and also my sister called and said she was on her way, but it was nice to get it done.

while I was editing  I had a nice breakfast, part of the pie from last night and ketchup along with a few curiously cinnamon. but it was then time to get going after getting the video up.


We got going about 12 and all of us in the car, the pigs n blankets and potatoes on my lap and also the dog enjoying the wind from the car. 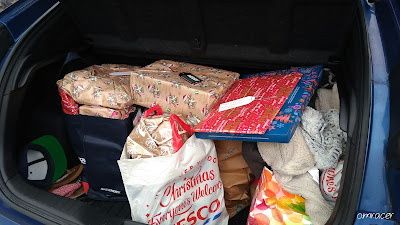 
we then started to chat and catch up, which was time to dig into the first meal, lovely roast turkey, stuffing, gammon, vegetables and more.

it was actually amazing to taste and softer as I carried on and the gravy was liquid but nice, the potatoes were crunchy but not too hard and pigs in blankets were good.


then it was on to dessert and that was some peng ice cream which was like an inside of a crunchy, I mean so good with a Yule log

The conversations were good, the times, marriage, family, and other things, it was nice and j20 as well. but it was then time to really have presents ready.

We all sat down with chairs and then it was time to get it done, I unloaded and we all enjoy the presents, from Google home hub to even crash bandicoot socks, we all got what we like, well I did get some striped jumper, which was okay.


Then we got to the Queen's speech, it as was a bit more religious than usual and direct, but it really meant about Brexit in a way.

then after that we chatted an I checked wave to see if there was money for tomorrow and there was, but it was nice to have some useful bits and pieces as well. but then it was time to head off which was still that nice feeling of what was going on, the feeling of togetherness but also a reflection, well, it was there for sure. but by 4:30 we were on our way home.

As we got home, we unpacked and I then chilled with the family, we watched infinity war and I setup Google home hub for mum which was actually quite cool.


Then it was finally time to say goodbye to my sister since she was going out to her boyfriends family evening do. but she was stuffed so eating was a hard thing haha. but then we had some tea which was leftovers an that was nice, the desert of a rich sponge. but the strawberry gateau had gone off which my dad realised with the cream. 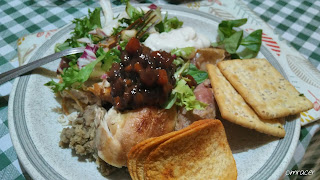 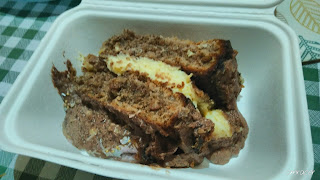 and that was it, it was the Christmas over and done within 2018 for me or maybe there is more to come, but for now, it's time to relax and get this up.