Well it's the 4th day, mostly a quiet one do I can get the second important task of the mi sales done, we start the day at 1om technically due to the fact its been me having to crash out at 1am last night, ate some leftover pork that was in an old takeout and also it was making sure someone was okay. The vlog is below:


By 11ish though the power had gone out so it was exciting and that until 12:15 in the battery for an hour-long, which is bad but not for a 4 year from New laptop. Eventually, after toilet and change, I was gone by 12:45, I had managed to get a Boris bike sorted which didn't work yesterday but worked today, ah well. But I ran my way by 12:45 and it was then 1:03 I got the tube, luckily this one terminated at Euston, so I could asily get there without any hassle


Once I got to Euston, it was time to get the bike and cycle to Westfield. This will be fun since it said 35 min so I have a bit of a rush to do to make sure I don't go over the mark. But here we go again


I en eventually got to Euston and then it was to Euston square for my first bike ride back, and well it isn't a case of following the road, glass could not see much but I did go a stranger tail via nothing hill actually, lovely posh areas but ah well. I nearly fell off once due to leaves and not many car horns this time


By 2:30, I made it to Westfield, which is nice and the lights were astounding, but then I walked mg way to the mi store.


I saw what I needed so I got

Then I was really unsure on either the note 7 or the note 8t, which was actually the same price in store, online it was actually 149 and for me the time of best to order online for that, especially with the Note 7 having 2 camera and same MP as the 8t but I did some testing on open camera and it easily allowed me to do 720p 30fps.

I was close on the Redmi 8 BUT the issue was the 32GB which I can get for 139 but in blue for 10 more is well worth it actually.

So I then added a 14.99 temperature monitor for my grandad or my sister to go with the camera.

But then it was on to the rest.


I looked at the ground floor, I went into Game me which didn't have any Pokémon gotchas and I was selling fortnite cheaper than them actually for dark fire. Then I saw samples of things but went to me kind which has a beer bong I could use as a funnel but didn't want to push things too far just yet on things to guess there. But instead, I bought some slugs puppy syrup for 7.00. After that, I wandered and also went to the TESLA store which had cars in it for sure. The Powerball was more something I could go for with the solar panels in the house. 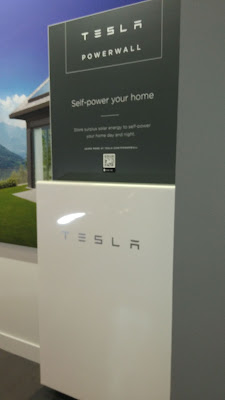 But then it was one last thing of meaning my way back and taking the tube, well it was getting dark and easier to see and well safe. By about 5:15 it was time to leave Totteridge and head on back to the Airbnb.

Another £2.80 spent but now that is the main objective done and now the last things on this holiday are something secrecy yet special. But I got back by about 5:30. Which means from there it's to edit the rest of footage from the Friday which, the power was back on. I did enjoy some doughnuts and sushi from Tescos for a nice £2.60 too.  The host was having a shower before he left and then it was me video editing until 4am this morning. 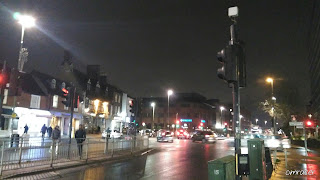 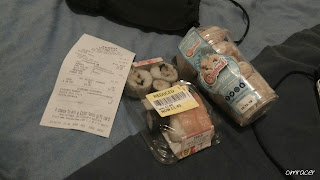 But see you for the last full day before I leave for another year. Which actually is not really much to happen but catchup and a date with C before we both have to not see each other for months, which I can't talk about as much as its been really important between us are all I can say.

Labels: #omracersholiday, 2019, Bikes, Christmas, food, gifts, london, mi, November, omracer, santander cycles, shopping, underground, vlog, westfield
Newer Post Older Post Home
Also check out some reviews here
Also something about getting data, texts and phone minutes for nearly nothing (only if you OD on mobile data) and don't mind using the 3 Network is worth a click of FreedomPop