A windy ride to get a romantic birthday present.

Well this is the 3rd and final time i have cycled into Plymouth this month alone. But some things i have to get done, Time to explain the details:

But on my way into town, i text the girl i was buying a birthday present for asking if she liked Dominoes or Pizza hut. I got a reply saying Dominoes so i changed my route to get to there then to town. you can see the route below:

The journey was quite different, passsing through a side of Plymouth i've never seen before...Peverell. But none the less i took the route and then stopped at Dominoes (Point B on the map). I went in there, two girls my age there, on the phone, taking a possible business order. But after that i asked if they do giftcards, she said no which was a bummer but i tried to make conversation with her and tried to explain what i wanted to do but there was no plausible way, which means i couldn't use Dominoes this time, which i need to since Emma used to work there and she loves pizza <3 br=""> After that i went into Drakes circus to warm my hands up then went into Hotel Chocolat. An middle aged blonde served me some dark chocolate and then i saw something interesting  a Happy Birthday card with chocolate in. I asked her about it and she explained and hinted alot that its "supposed to be posted" and didn't know that i have NOT bought a card at this point, as much as i tried to explain it to her. But i bought it for £4.50 and it looks like this below:

After that, i was looking for a Florist in the town since with all the recent hype of roses and flowers for Valentines, i felt its nice to impress charley with a rose, if i remember she even has a tattoo of it on herself. So i walked around i found one and they are really helpful and £2.50 for a pink rose is quite good value, then again i don't know much about flowers even though my parents are gardeners.

After that i cycled to the Pizza Hut in town, a blonde served me and got the £20 giftcard as a final addition to the present. Then afterwards i started to cycled off to her work which was in Royal William Yard. I parked my bike just outside then went in there and i was a bit nervous, heck i had to speak up a bit since i was nervy and she was quite good looking the girl that i handed the present too, not a bbw but quite lush hair, then again it is a hairdressers named with a reference to Scott Pilgrim (Scott's Ex, Envy). Afterwards i pumped my tyres up and then cycled back to Union rooms. I got to Union Rooms, when i opened the door for one girl to walk past, she said to me "thanks sugar", i kinda blushed. After that i went upstairs, went to table 101 and decided to look on the menu as well and i saw something a bit extra which looked good so i ordered it:

After that, while eating, i attempted to watch my Youtube Subscriptions on my tablet but it wasn't strong enough for the signal of the cloud Wifi, quite odd. Then i went to Grosnevor Casino and played some Blackjack, i betted £10,  won  twice, lost nearly all but then got it back and an extra £3. Afterwards i browsed HMV and also bought my mum a pandora add-on for Mothers Day. A redhead bbw served me, nice accent and her uniform showed her nice belly too and she was really nice, which was a nice good way to end my day in Plymouth, i eventually bought one for £35.
After that, i went to maplin to look for a Mini HDMI to HDMI cable which cost £19.99 but since i've spent out over £70 on my Virgin card which has nearly hit its limit of £1,600 per year today i might of gotten worried it would reject accepting the payment. But it hasn't which is nice.

After that it was a knackering 2 hour, 20 minutes cycle home. Then after relaxing, getting changed, putting my bike away and starting uploading the pics you see here. I finally had a nice tea which was some Weiner sausages, egg, chips, baked beans, roast chicken crisps and Mayo. 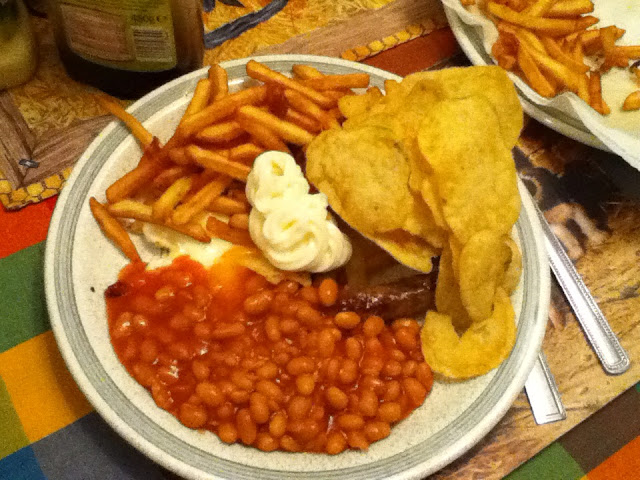 And then that finally ends my day until now. But its now nice to find out that Charley got the present and called me "Adorable".

@omracer I've just received my birthday presents! You are bloody adorable but you shouldn't have done that! Thank you so much xxxx
— Charley Campbell (@charleycamps) February 26, 2013


Which means i think today has been pretty good, hopefully something important my heart wants could come my way, but how long would i have to wait, even though it feels the saying "Good things come to those who wait" has slightly passed its exaggeration date.

Well i'll see you in march, for hopefully another even pops up in my life but it will be calm for a few weeks.