So, the day after the health check, actually that
means nothing, but I was productive, this day. But since I was offered to go to the fireworks and I also to hope I could get a chance to maybe make the daydream come true, I decided to not miss this.

The morning, well a good one, I woke up after the usual fap, then caught a bus to my Nana's and enjoyed their company for a few hours, sure I ended up listening to "memory" being played by my granddad using 2 keyboards connected to midi to USB adapter I bought for him for £10. It gave me another romantic idea in my head but I was unsure. A nice sausage, chips and beans was cooked.

Then after chatting and I got home about 2, which was relaxing watching the gamescom conferences, I'm impressed with the line up, both Sony and Microsoft pulled a good show, well except the beginning of the Xbox one, cod and Fifa, ugh. But quantum break I was stunned at, so fast and great strategy, well stop time before a truck kills you, that's cool.
Then it came to getting the bus, I made a quick think and ran for it at 6:38 and in 9 minutes, I made it to lidl, then I saw a customer and greeted him, the view was good and the run was fast, but have you ever imagined running fast, well I'm a average weight so nope.

The bus was quiet and the £4.50 was paid, I walked upstairs and then I noticed someone and she said hi. Wearing jeans with a hoodie and had nice glasses, with a ponytail, we chatted turns out her named was Chloe, then I helped her with her mate to decide which bus she wanted to get, since the bus past horrabridge while she was at the stop. But the weather picked up and I was admiring the view and weather, not bbw view but just the scenes I was cycling past yesterday, with no rain.
Then I got into town and the vlog began, I greeted Chloe out or more so I left before Chloe did. But meh, I knew tonight is a night that I could get a kiss or even fight for love, of course its unpredictable but chelsie was going to be here and so is Jodie and maybe even someone that might be too good to be true.

Now, I got to text Charley, maybe we could of had a catch up, sadly she was ill but I did offer anything if she wanted it, medicine that stuff. It was nice weather and I ran into town, I was quick and also I was going to the casino, which I did run on video to, but I only went in for a piss, I wasn't as thirsty as I thought and the blackjack table was closed. But I then made my way to the hoe, I was thinking barbican but it was getting packed so made it up to the hoe instead.

Now the how was looking lush, the sunset was pretty good and the crowd was nice, I mean getting packed, the rides were in full boost. But I took a relaxing break, I know I should of got food but the queues were as long as a bus, well the Chinese takeout van was. To be fair, most of these are action shots of the fairground.

Then it was a case of trying to find a space which I will admit did take me about 15 minutes of mat walking, watching and laughing at the dominoes van's generator shutting down. I also saw Chloe and she introduced me to her friends eventually got sat down somewhere near smeatons tower at 9:20 then it was the waiting game. I mean waiting game as in it started at 10ish. But enjoy the pictures of the first contender, named PYRO1 below: 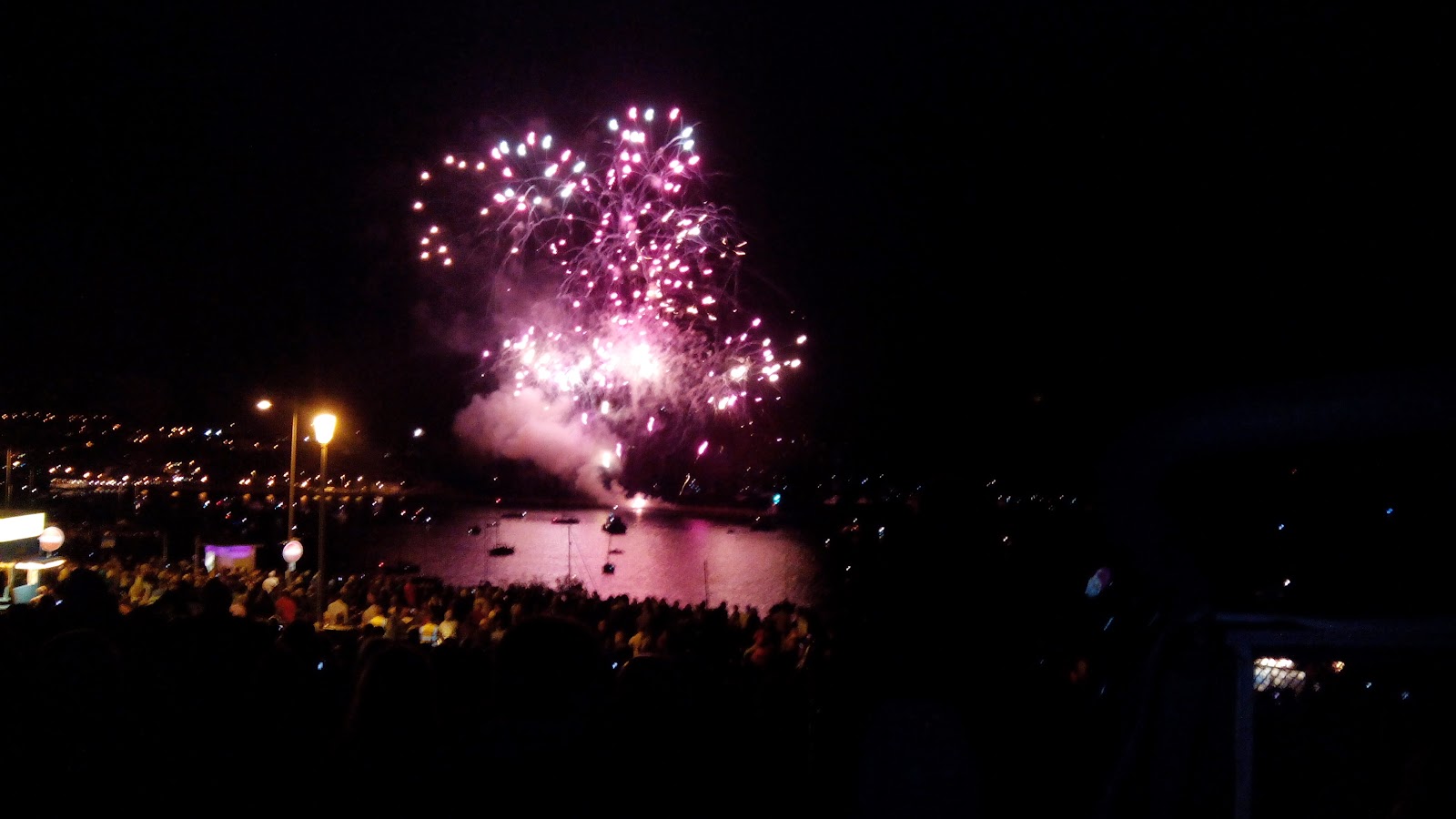 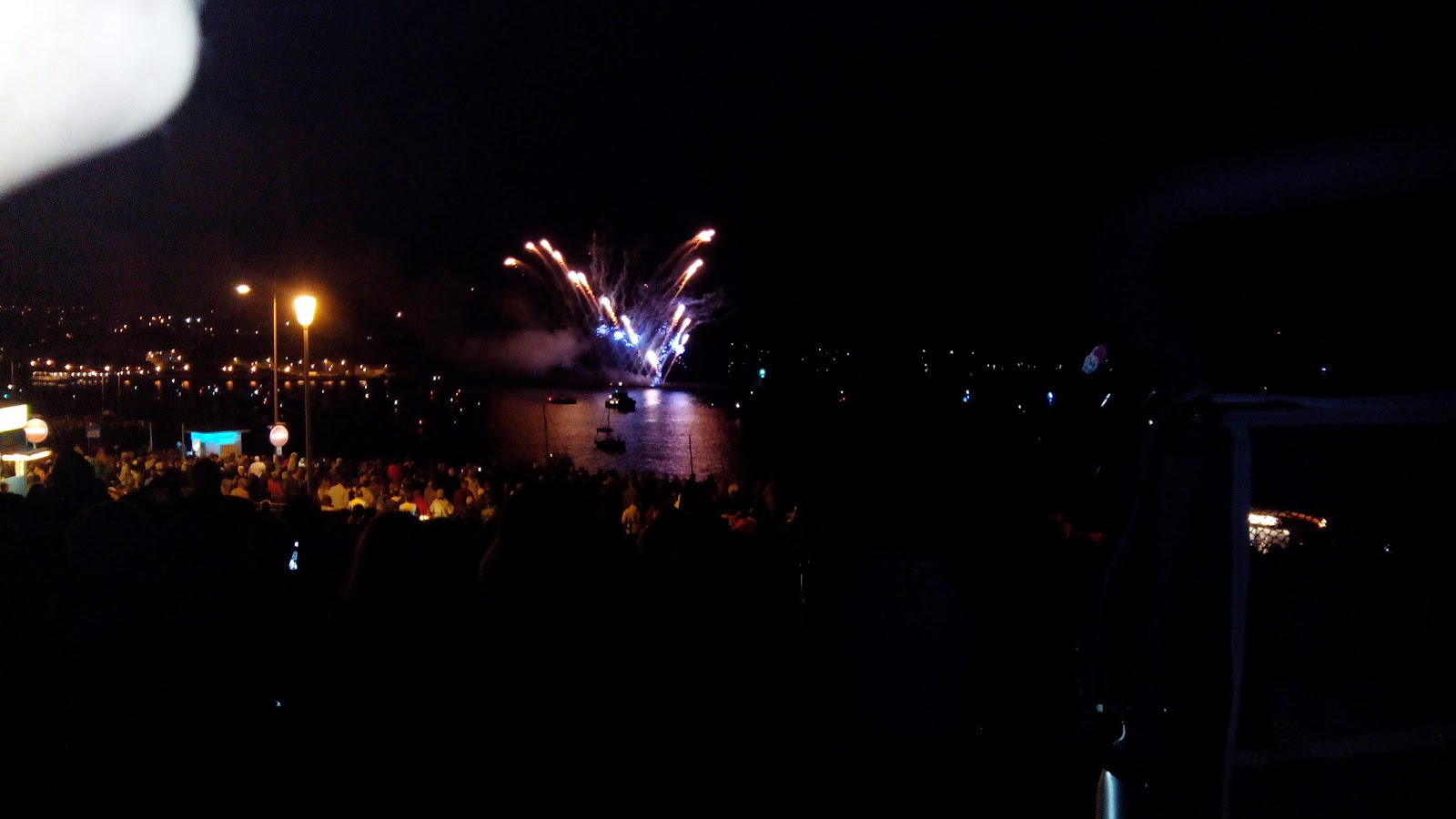 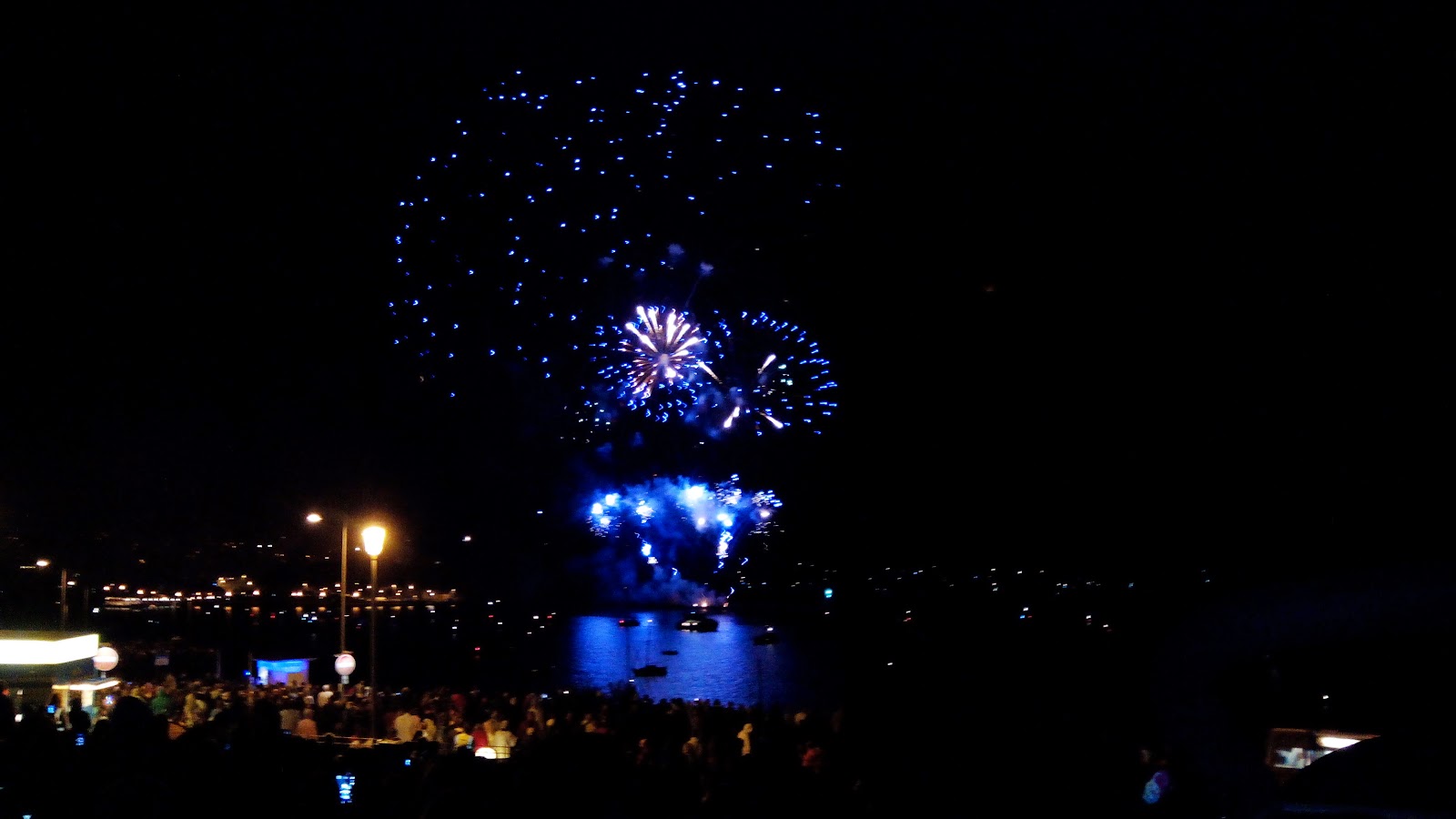 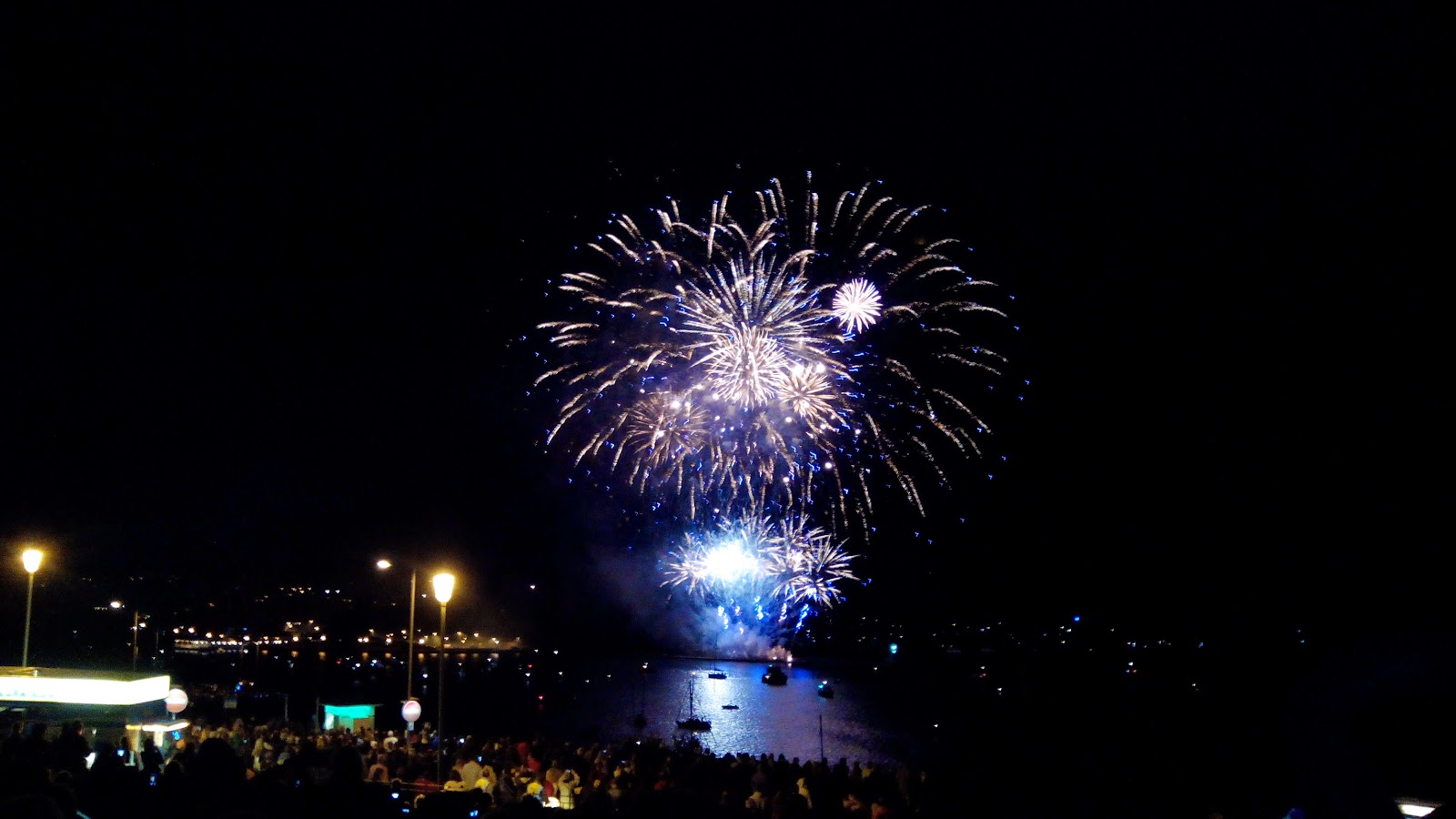 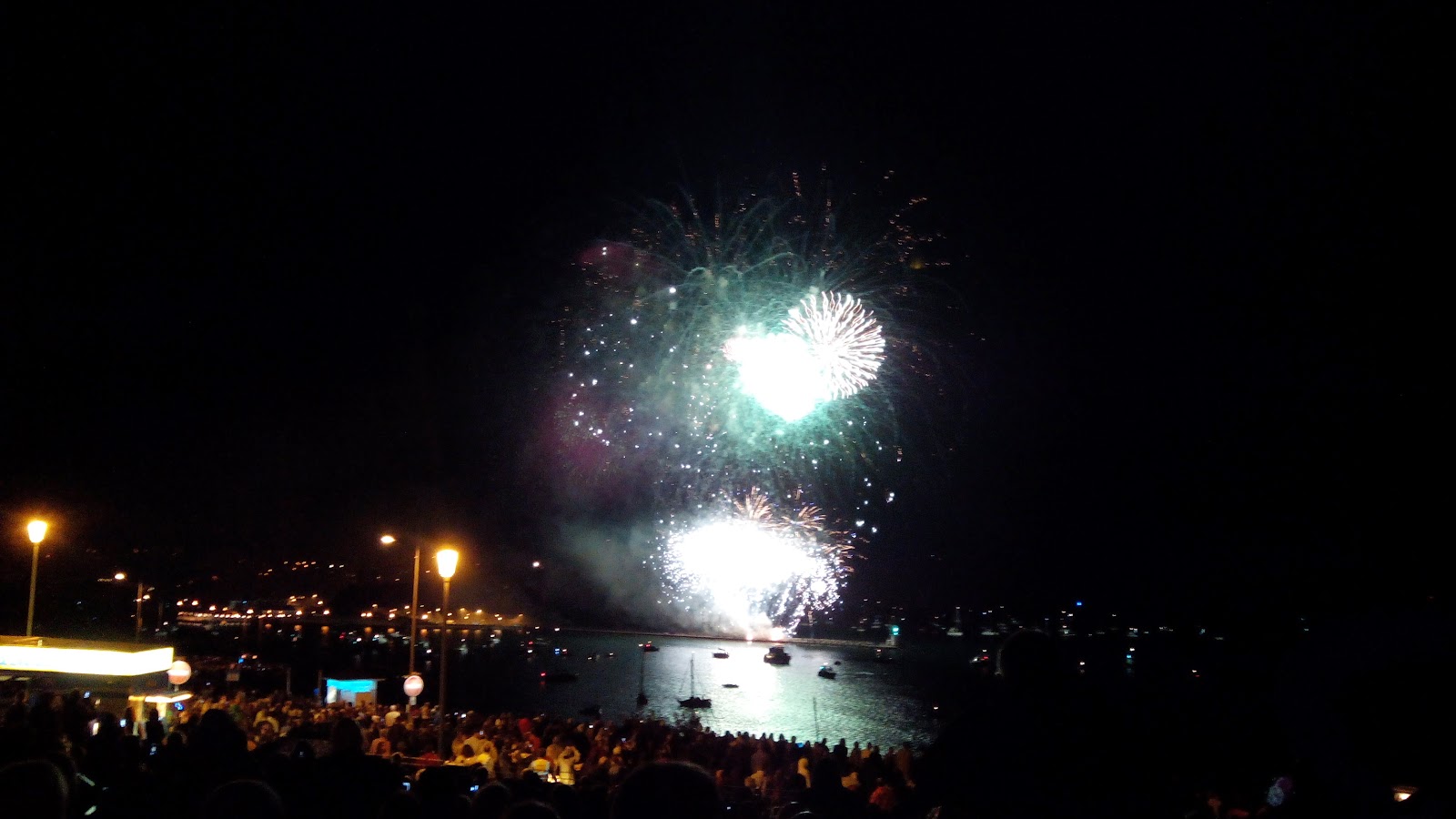 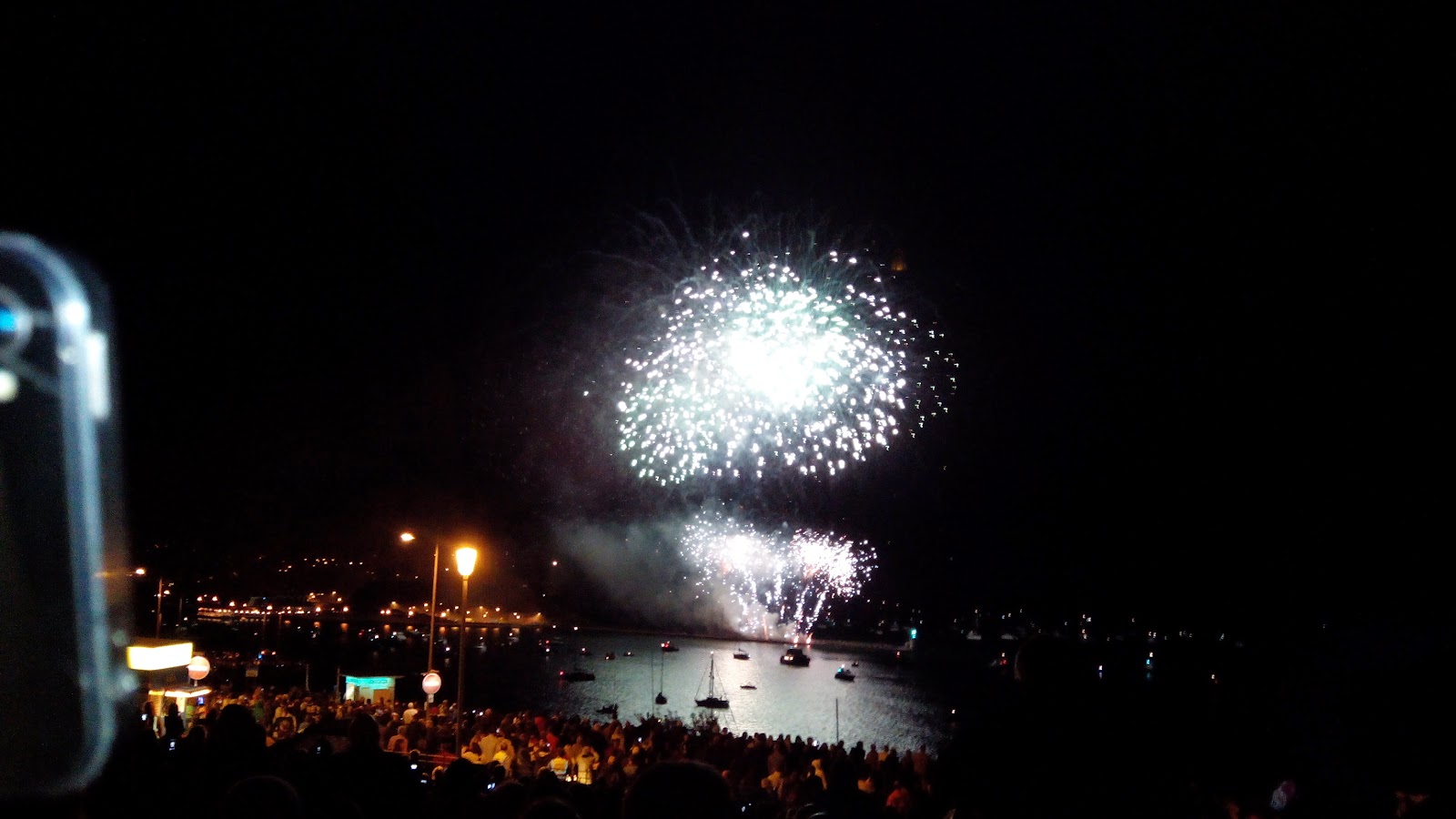 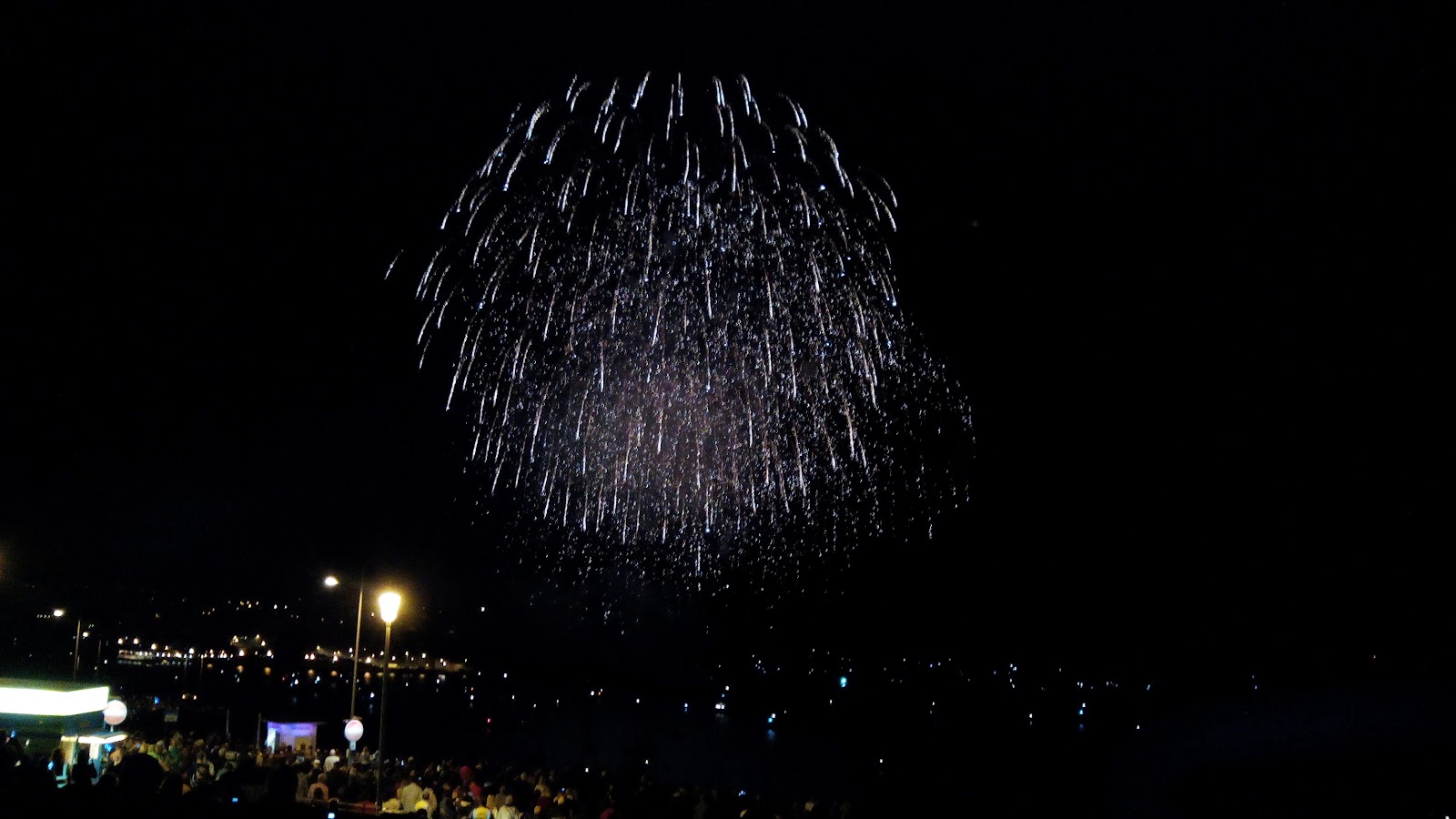 That ended at 10:10 then it was another 10 minute wait for the second contender named reaction Fireworks. People were not leaving just yet which is well...stupid if they were. But at about 10:20 the second one started and wasn't as good as the first but there was more to come which was in the lineup. 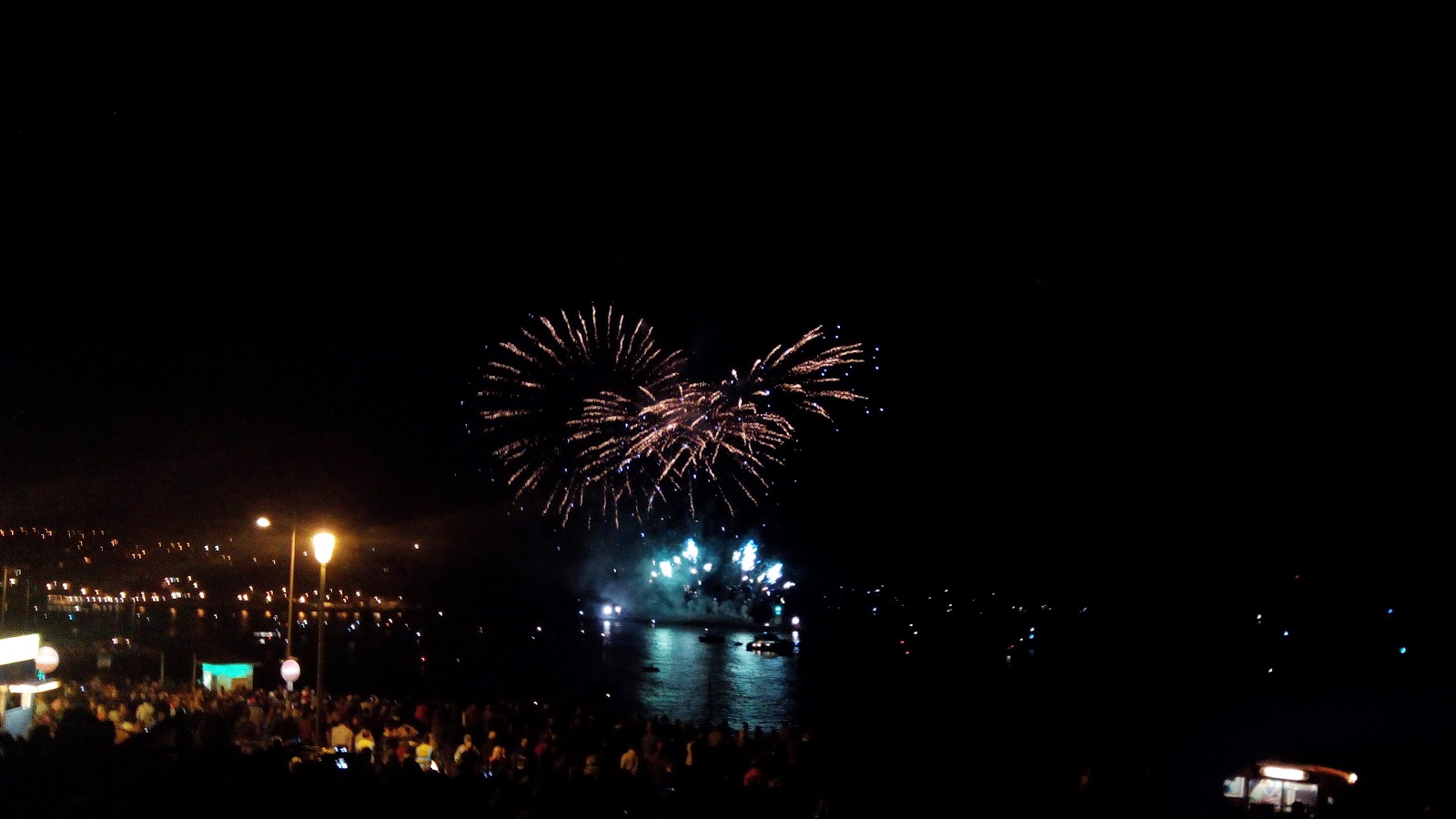 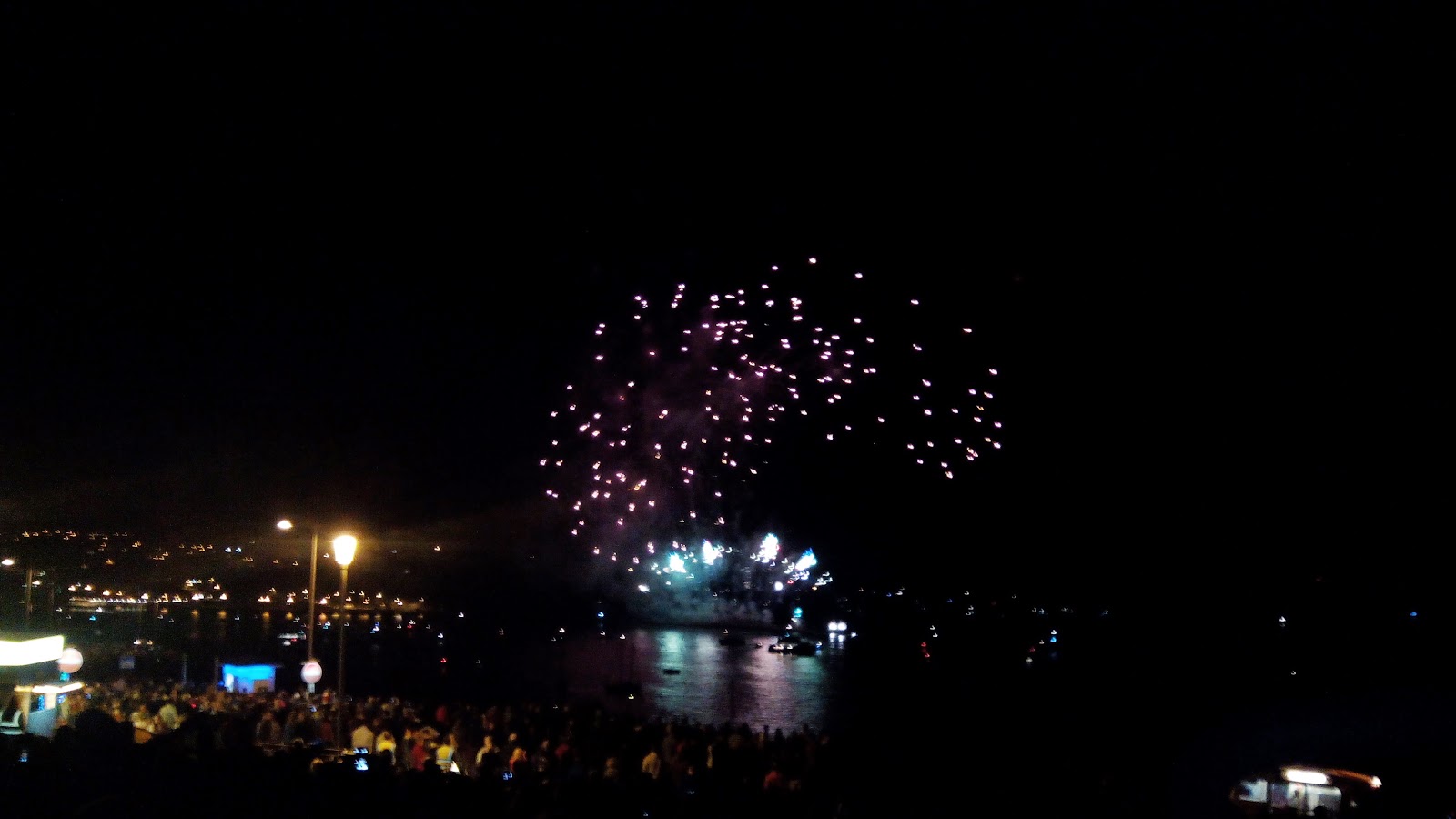 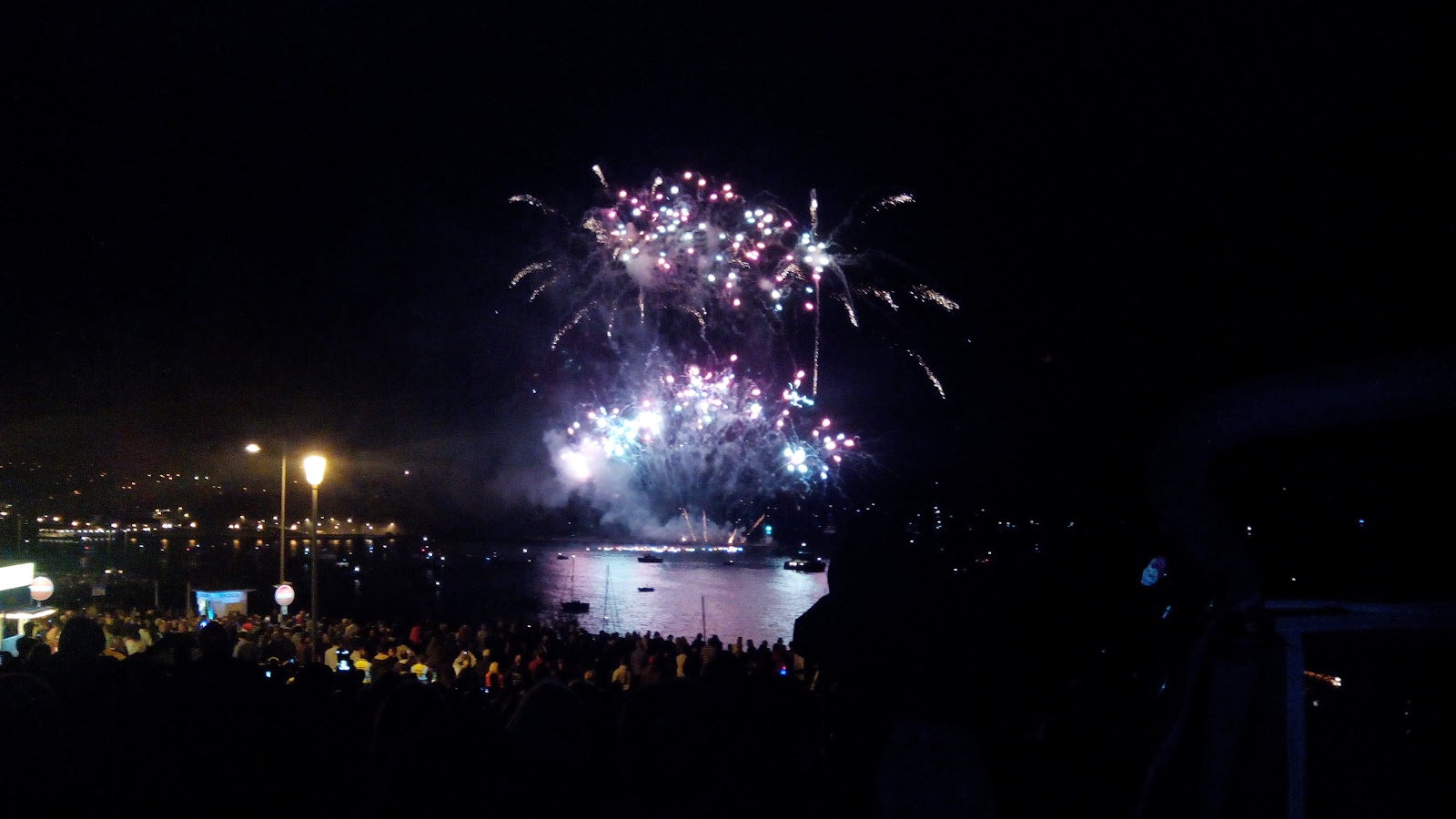 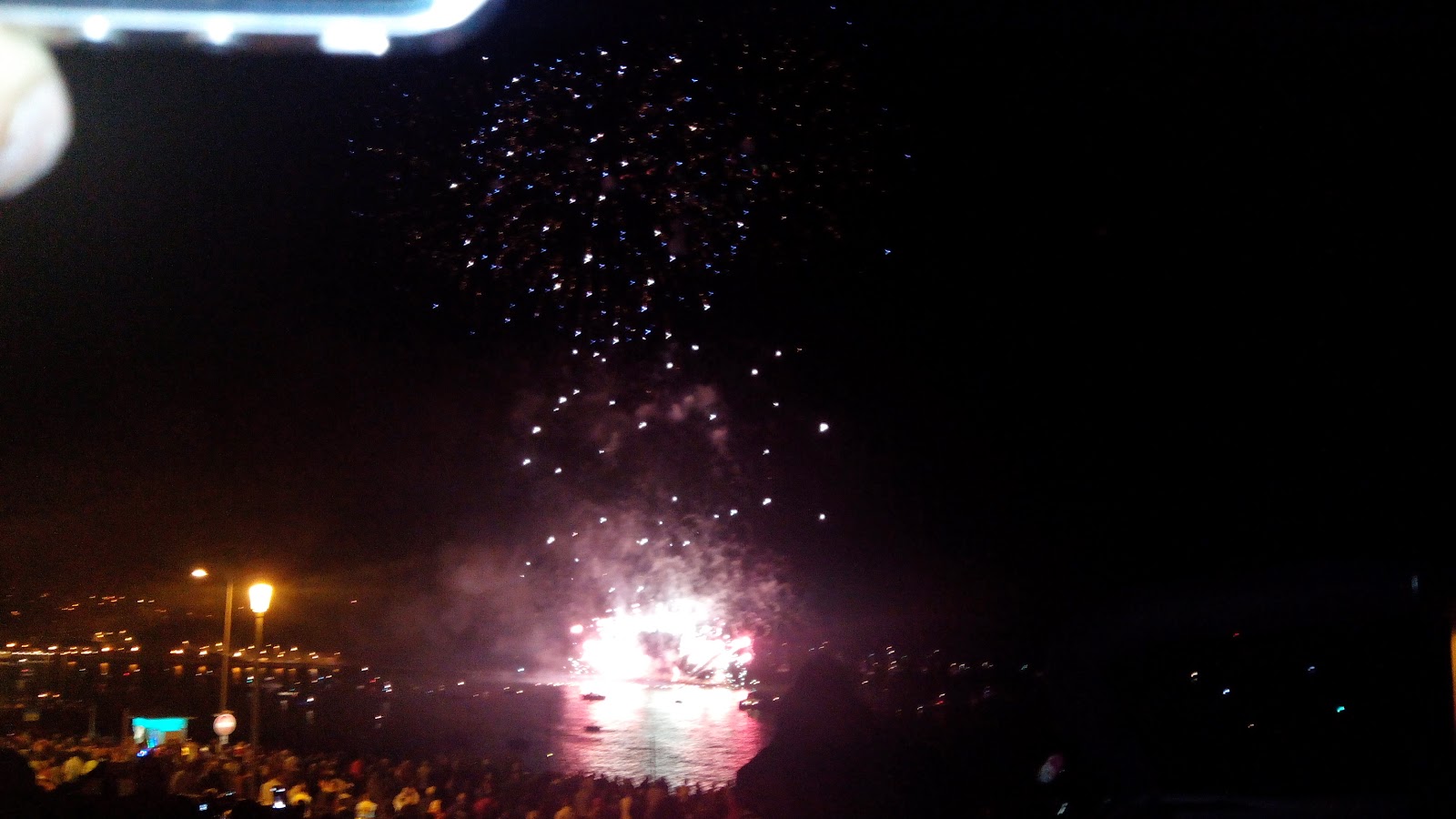 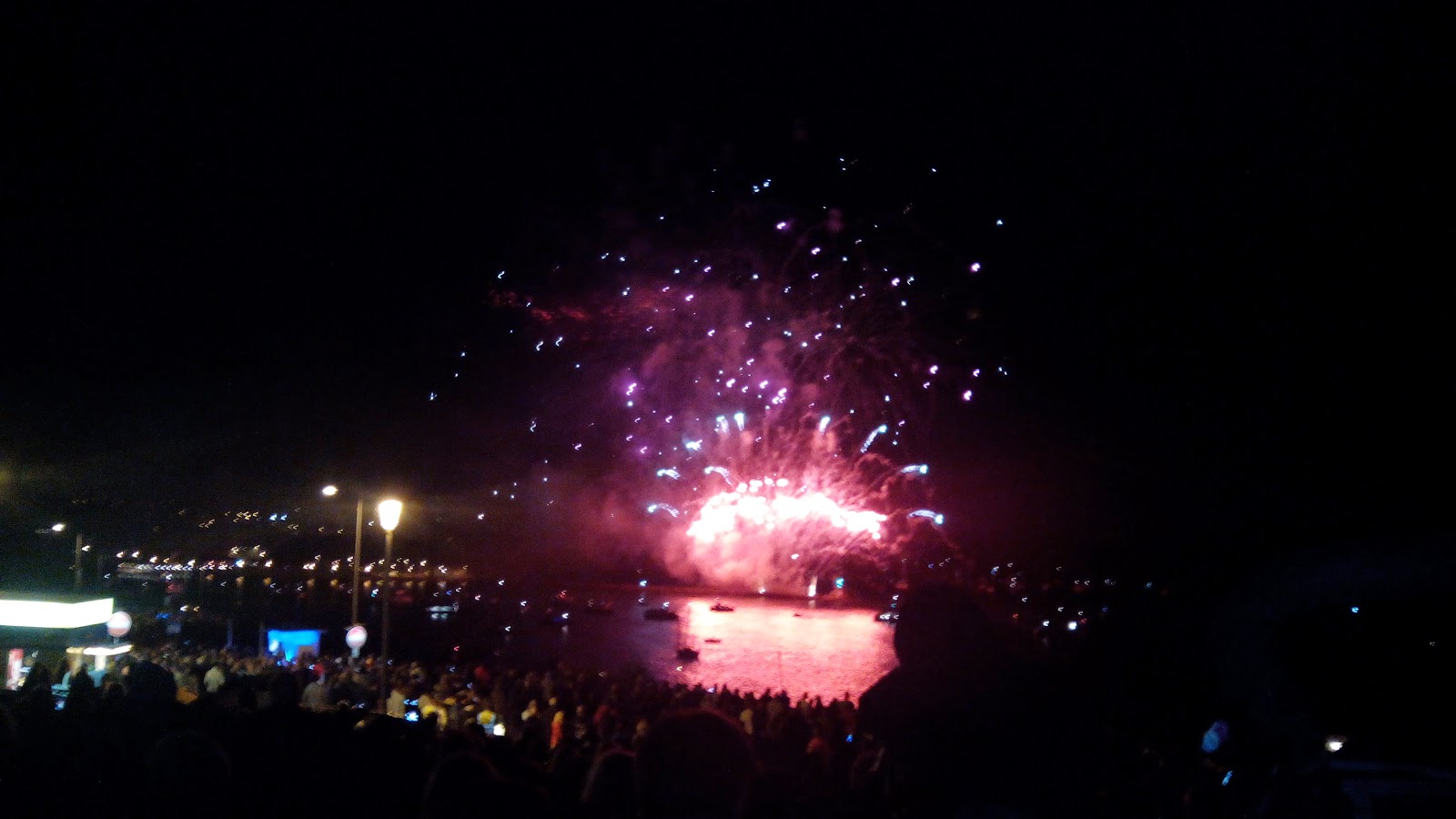 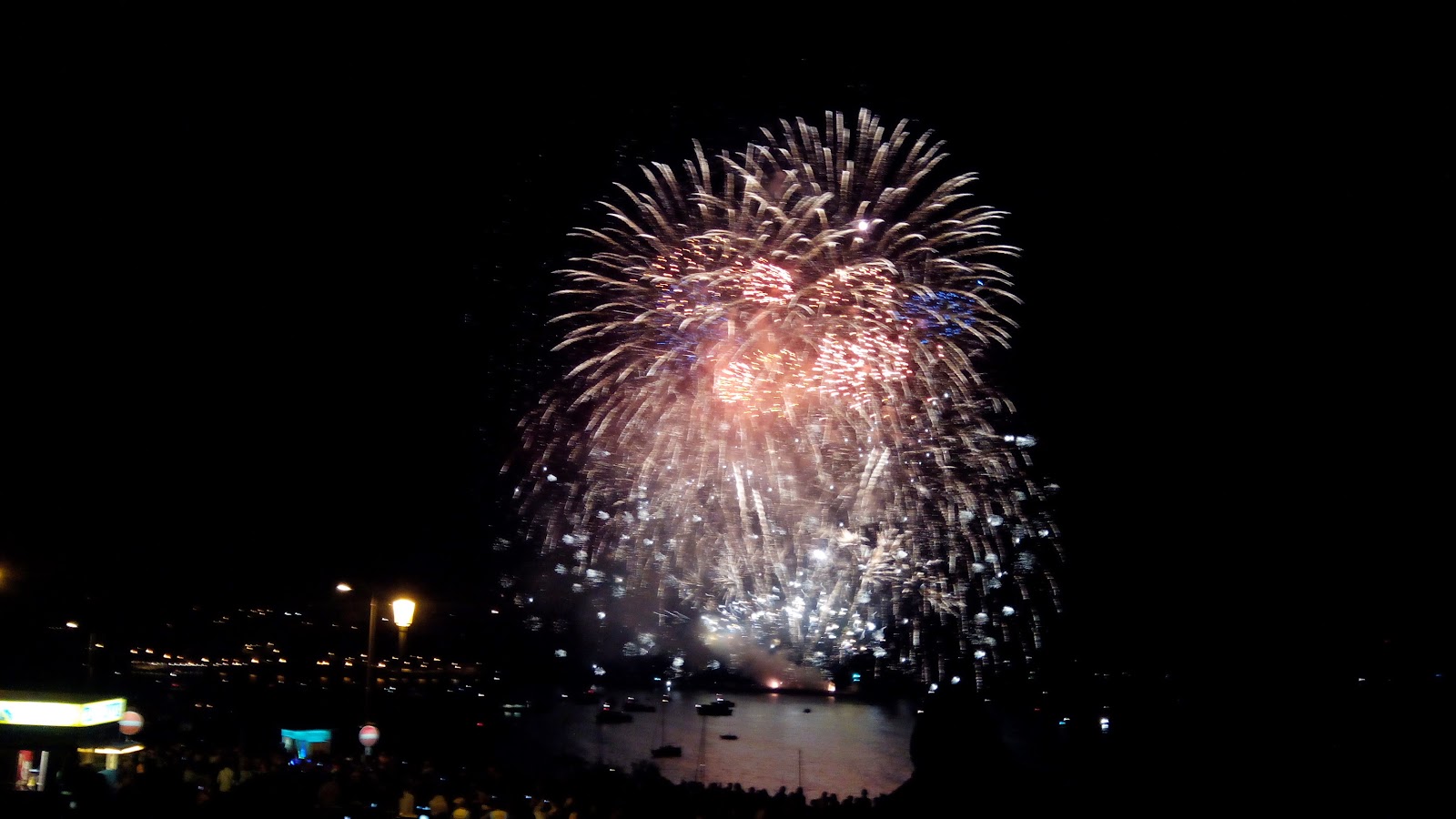 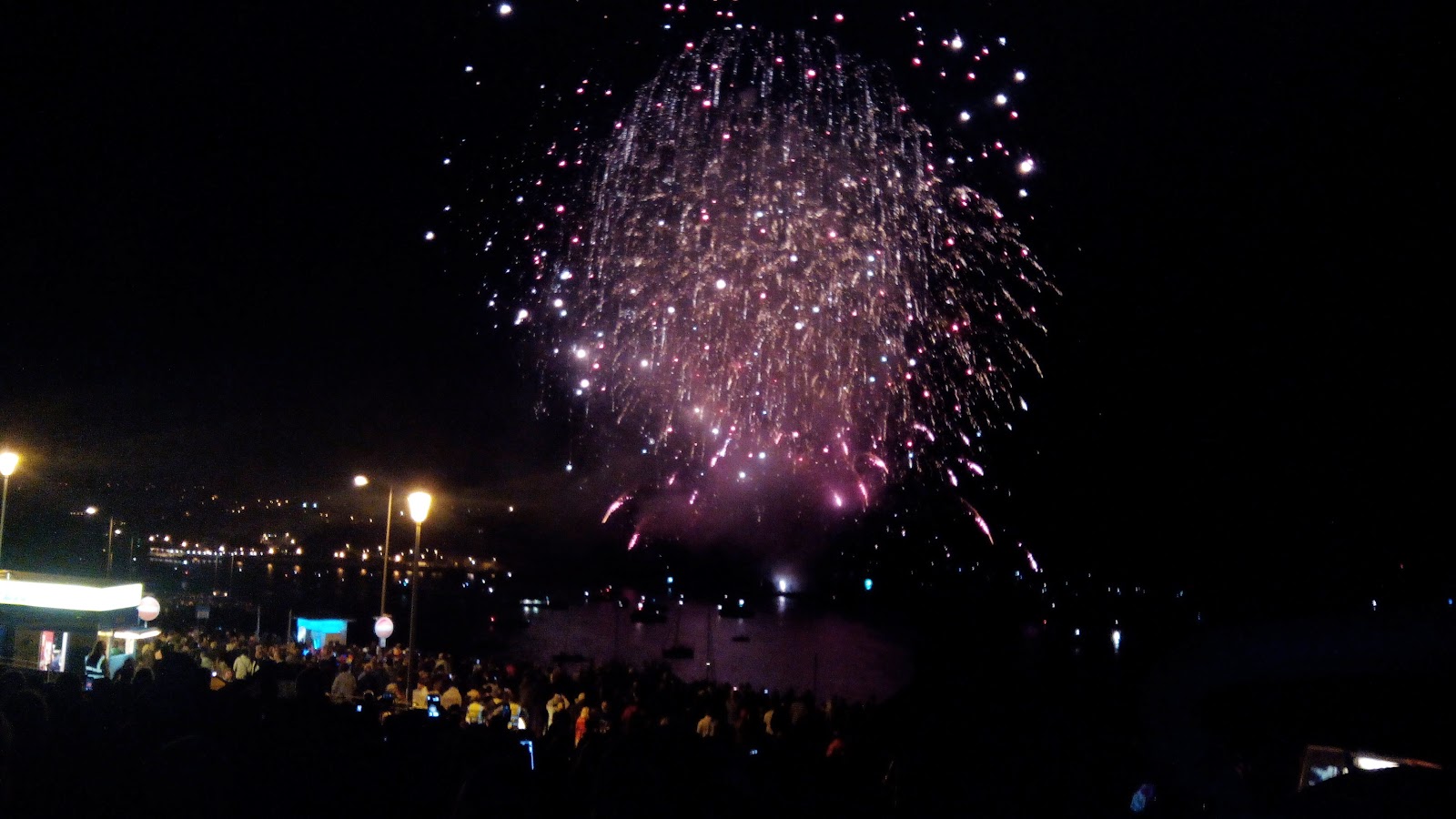 Now. This was the waiting game, I mean after this one, people started to clear out, not everyone but you could tell people were leaving and the gaps on the grass were showing, I moved a bit further down and I was warming up which is the nice irony here, but by 10:47 the 3rd contender, known as MLE Pyrotechnics was underway to prove if they were the pyrotechnic company to excite the night. Even though they did pull a good show, I couldn't say they were the best. Enjoy pics of the 3rd display below. 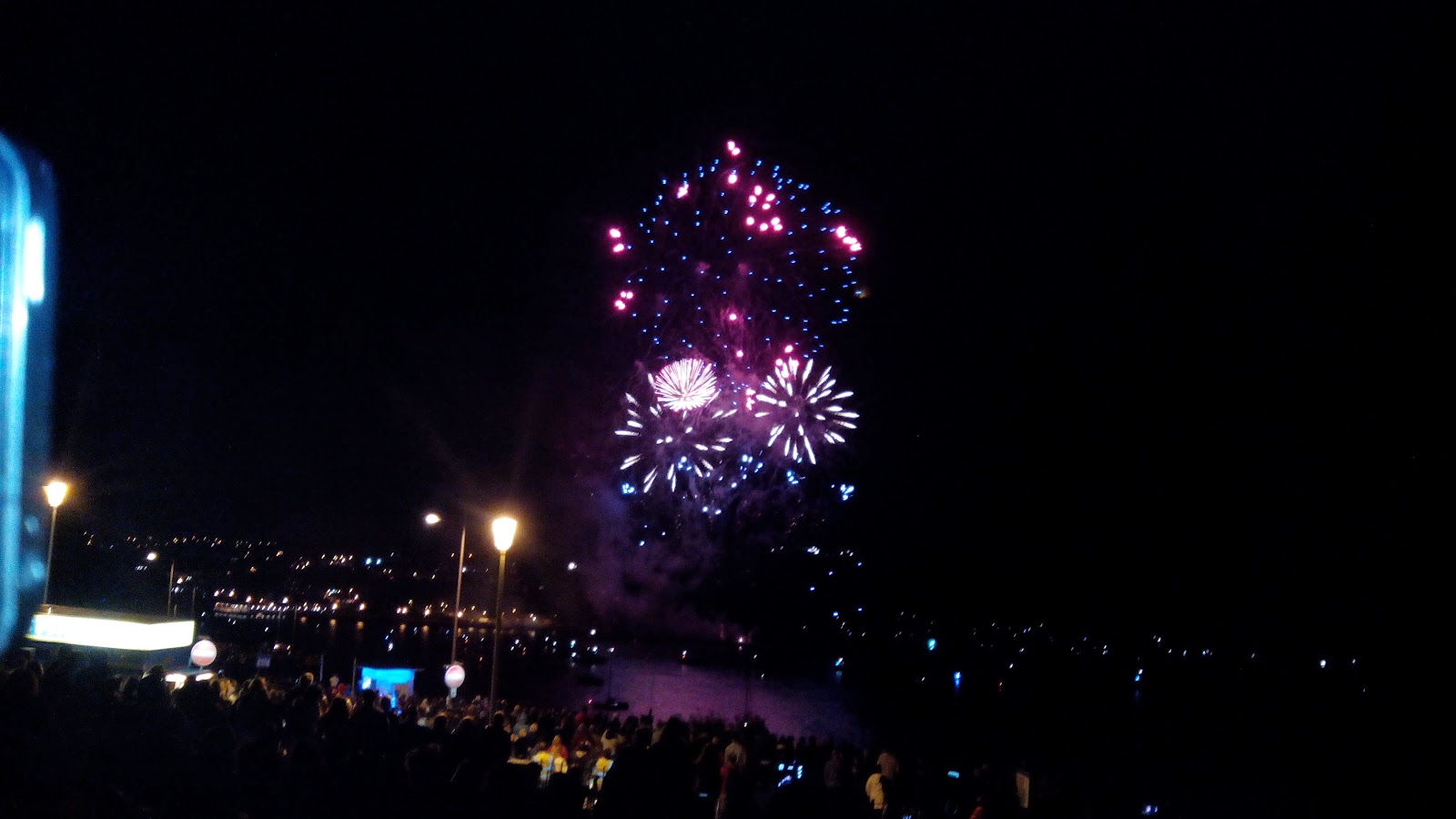 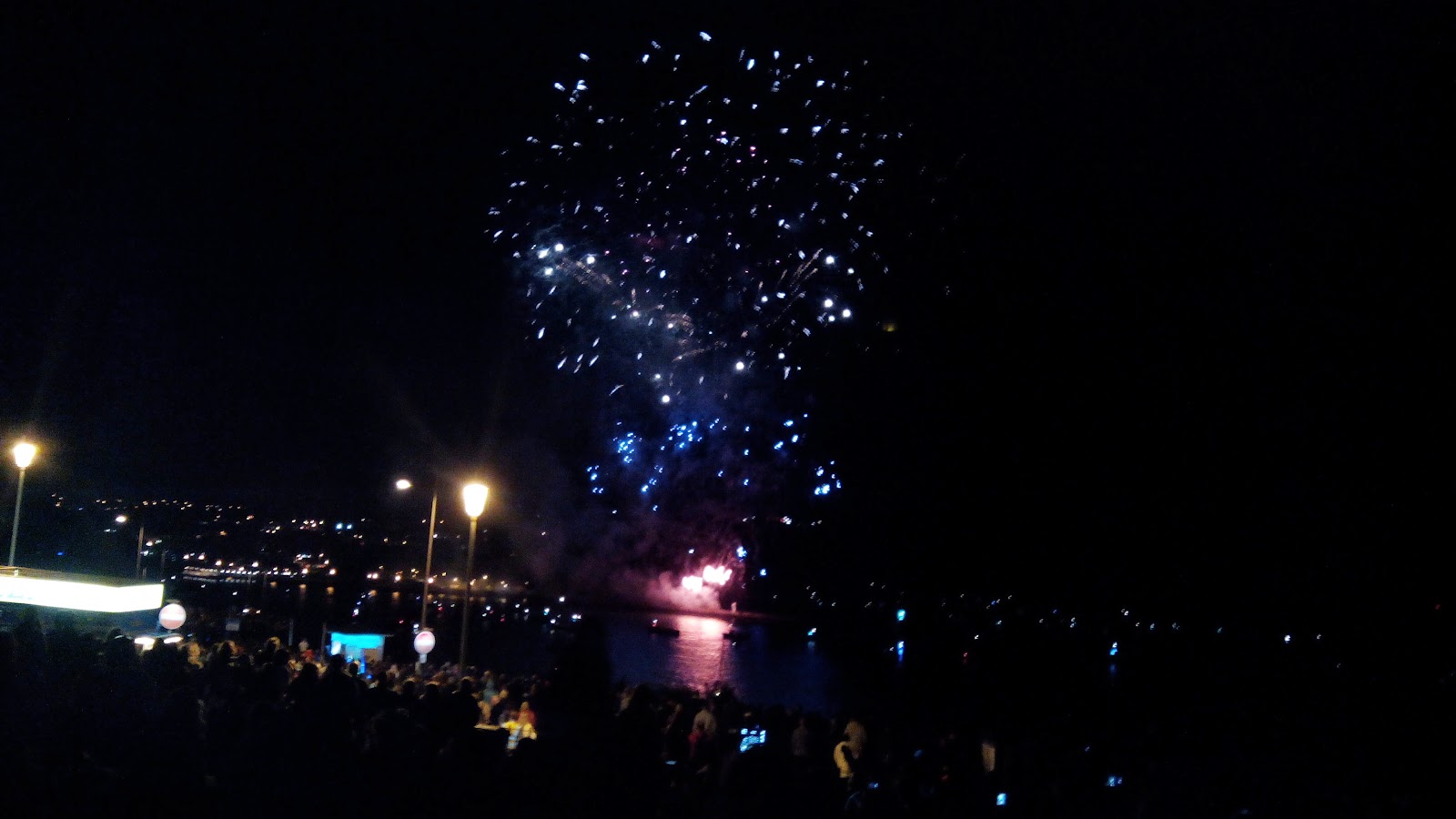 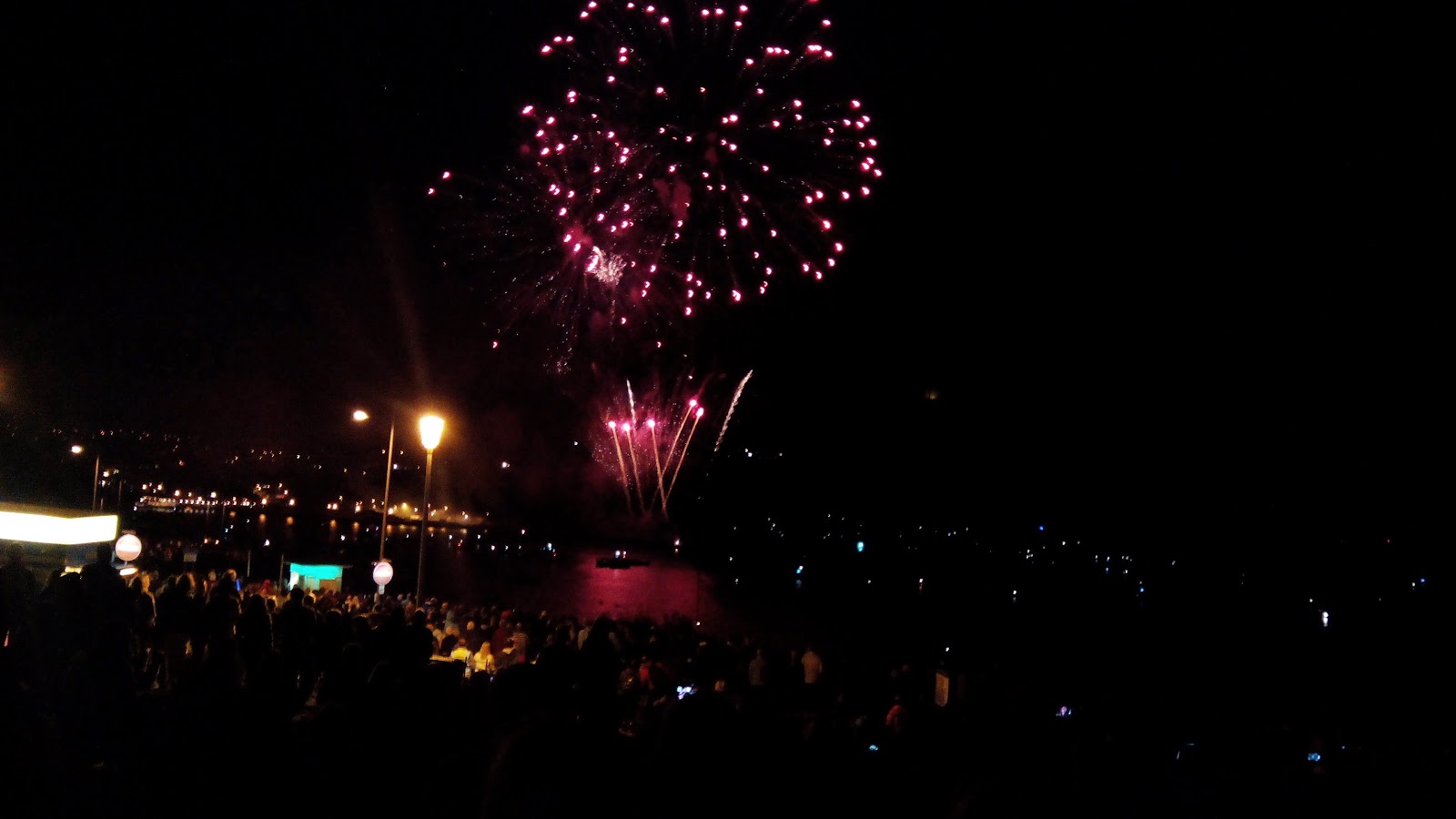 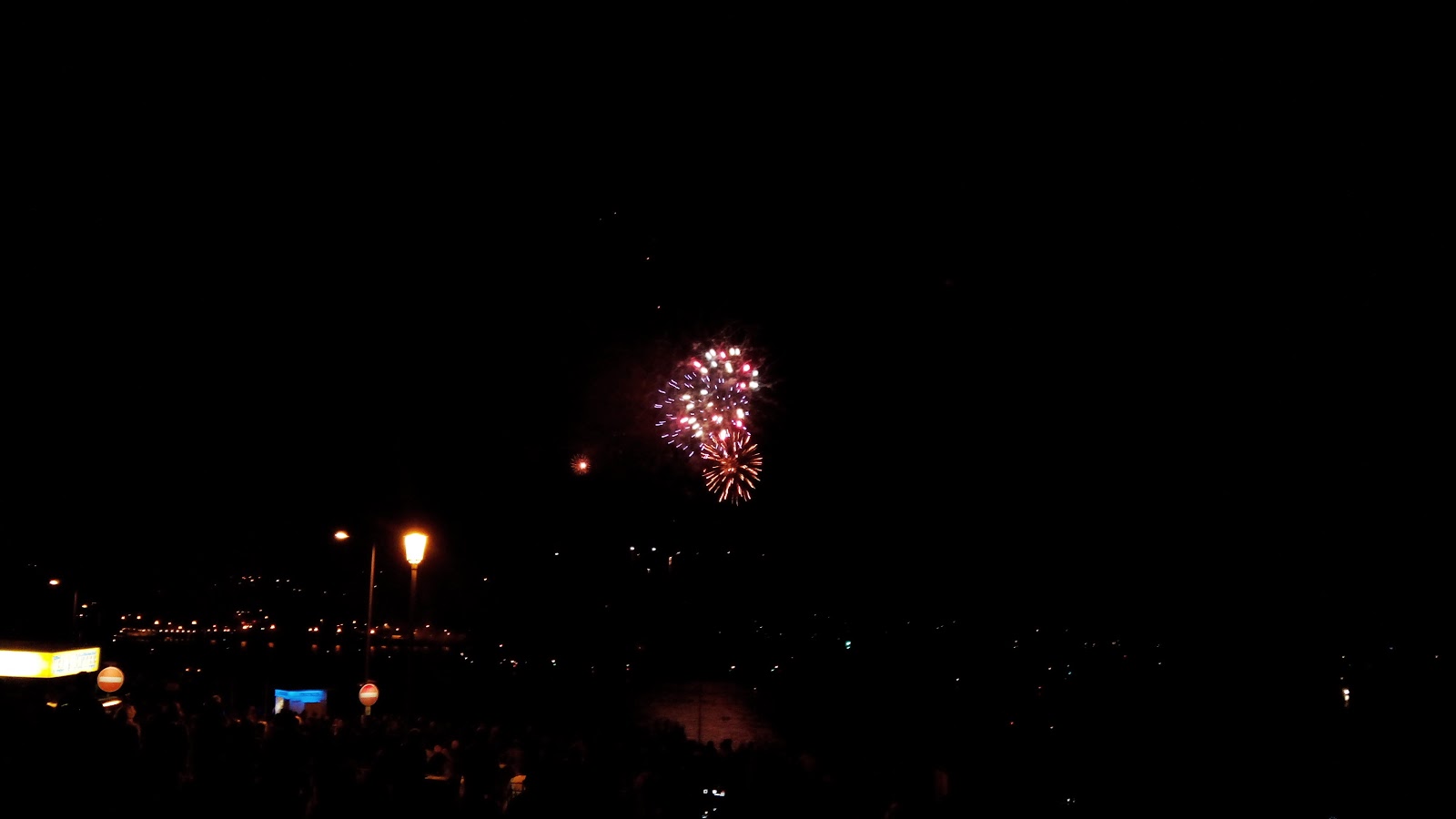 Then by 10:58 it was everyone clearing put and walking back to get themselves Home. I started strolling a long way back just with hopes to see if I could see anyone and maybe have a romantic moment, of course the first kiss was not going to happen, I'm not moaning on that point, but I didn't even see the house tonight too, that's odd but my luck.

I walked then decided to do a running on camera montage to McDonalds to order a large big Mac meal.
Now the queue was busy and it was cute and funny to see Becky in here, she smiled at me, her belly wasn't as good as when I talked to her on the night out a few weeks ago, but at least she ordered some medium fries, I wanted to feed her some but she was out before I picked my order up, but a nice £4.69 for this lot I find is reasonable for money. I paid on card for fun. While I was eating, my sister text me to see how I was getting home, I said I had McDonald's then getting the bus back

Then I decided to go to the bus stop, maybe I went too early but I realised, "shit, I need a piss" then sprinted back to McDonald's , only to find the toilets were closed, so I ran back then headed into "The brass monkey", the chap at the bar said they were closes but let me use the toilets, which is nice of him. Then I waited for the bus. But I saw some people that recognised me, they giggled and smiled at me. I smiled back than stood next to one of them, one said hi and asked if I still vlog and I said yep, 200,000 views later.

Then it was a queue with getting on the bus, but I got on the top deck then heard a
"geddon mattie" then I sat down and it was a relaxing journey home, but there were 2 buses which then one was cleared and put on our bus at Yelverton.
But it was soon time to get that running back home and after getting off at lidl, it was a quick late run home and this was the end of the night.

Maybe this might wasn't worth it in the terms of the search to find love but it was a quick break and sometimes fireworks can cause more love then what people see, but the next blog post might be the event at harrow beer, but is that really something you would be interested in, maybe not but I have a loose cannon that I might be going camping, but for now, i'll see you soon.