Well, the big day has arrived, its Tavistock Goosey Fair. This was a story of walking, taste testing and more. This started out quite a good morning and ok i did feel i rushed the last bit but this was the time for me to get it going. The vlog is below:

This was the before and I was up after 9am after the fap and making sure devices were charged and ready for this big day, the weather was good, the cold was still there and the energy I had was quite a boost for me. But with attempting to get to walk the dog with mum, it was stress since since rosie is slightly like me with the not happy around other people sense, a bulldog was in one field and there was cows in the field opposite where the park and ride was. But that was a delay to getting out, eventually I was running down by 10:35.

Then it was time to get entering the event and browse in bright weather,

Then I got glass on and walked through, which I saw various stands and it all started out with a bit of perfume on the wrist which one aas some usual name and the other was called Intimate Male, I kid you not. Also this trader said you alright bud as i was filming but he didn't get seen. Then i walked my way to the market, with the back alley favouring Ghost Pepper and also then seeing as Wolf Solictior.

Then it was in the market, which my colleague was on his phone and we caught up and chatted to the neighbour, he was busy earlier on and then after 10 minutes, it was time to walk my way up to the cattle market which has some tasting involved.


A Cattle Market of food, poultry and chatting.

Once i got there, it was time to explore, which some stalls were different and there was some unique ideas, of course there was a caravan for a photobooth, only Tavi would have that sort of thing. Then it was the next plot of seeing stalls and I tried some bites out. A Kiastu, Cinnamon and Cider Pudding,  that was nice and soft and the flavour was familiar from the Cinnamon Challenge. But then it was close to seeing Ponies. Which i was 10 minutes before a talk about them.


Then it was walking nearly to the shed, which on the way i saw a tent which had wool that looked like sheep poo but it was quite nicely crafted. Then it was tasting a Chiorizo and Sweetcorn Pita bread which was lovely and had a nice paprika kick to it as well. Then it was seeing bugle puppies that were 6 months old and one licked my hand, seeing achievement training was new as well. Then we had to see what really happened with the cattle and the sheep were walked in to a cage, while another sheep stared them off. Geese looking after their young and chicklets hiding under their mother too, its a bless them situation really.

Then I finally walked my way back, minus staring at pizza and also made sure I was ready to head my long way back.

The Plymouth Road Back

This was it, the long stretch, so after passing pans which the cute lady mentioned Cockwhen and seeing people I knew of slightly., I walked up the road. With stalls and crowds everywhere, from Lego pieces to Digerdoos, the Slush stand that cured my throat with the pepper sauce, then it was nearing the Stardust. Also this donut stand looked incredible which i wanted to but the vlue to quantity was not me.


Now, it went to the Phil Saunders, with the Auctioneer pushing a VR headset and 306 bluetooth speaker for a £10. Now while I was there, I was next to someone i recognised and she looked amazing, dream size, beautiful hair and eyes and It came back to it it was someone I bought flowers for when she worked in bank years ago, but shes gone with someone else just after those flowers but it dazed me seeing tash again.

Then I walked on an explored while there was soon to be the Fairground.

The Fun of the Fair or just a walk around

Now it was the fair, i was suprised on how empty it felt but I walked around and seeing the rides with people gasping at some. I did see soemone I work next to in work with her kid but that and some kid said "alright omracer". 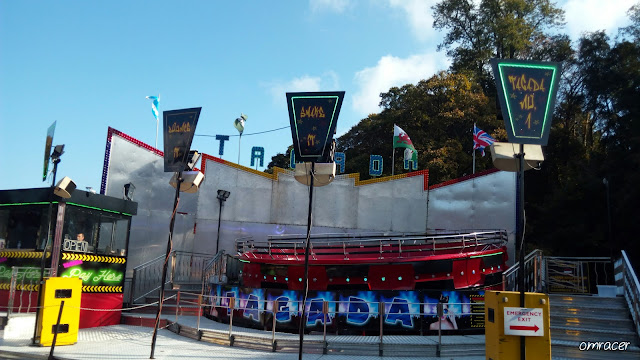 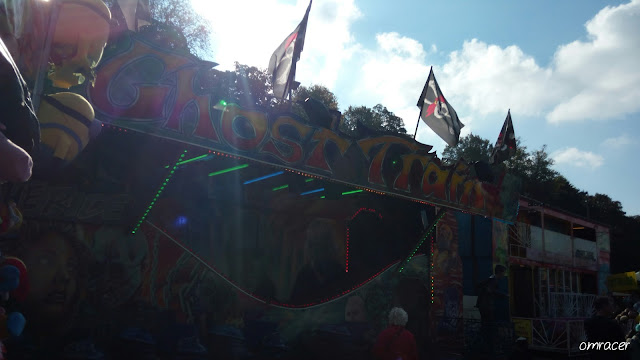 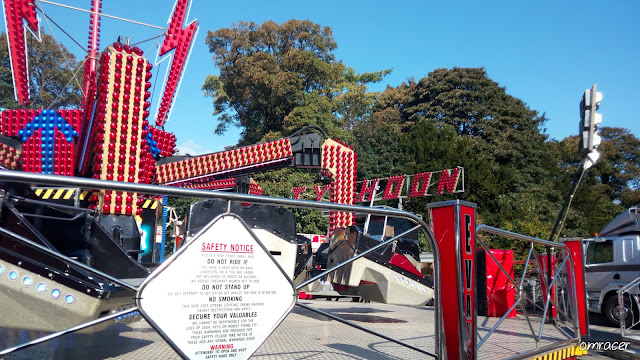 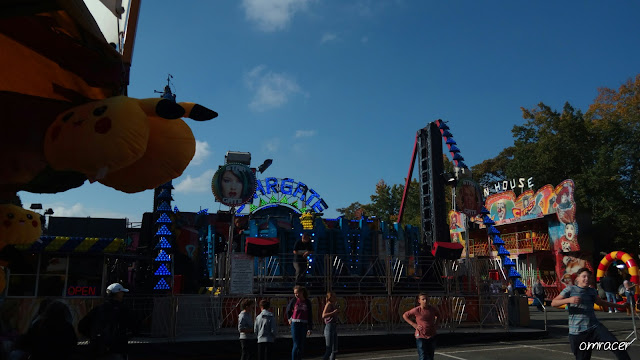 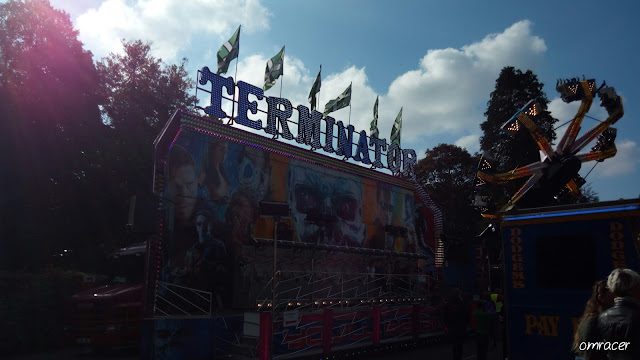 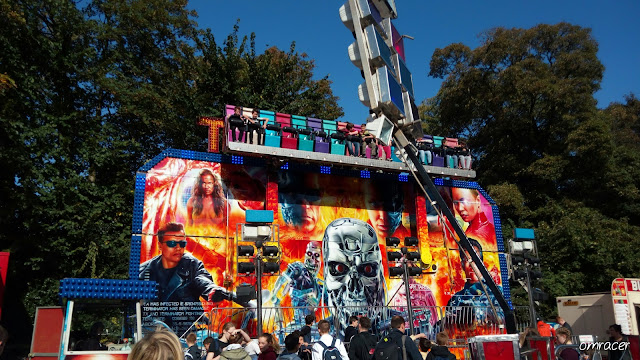 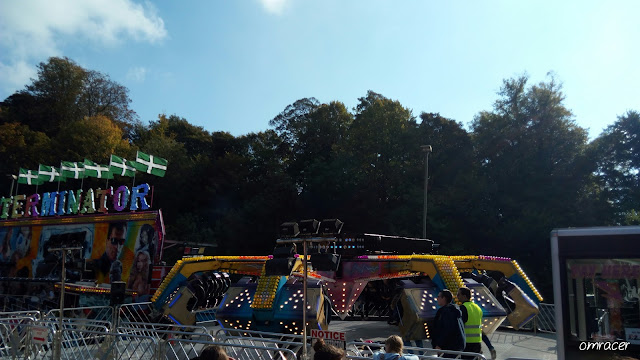 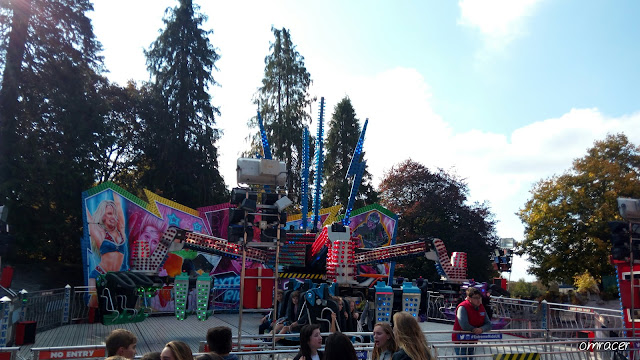 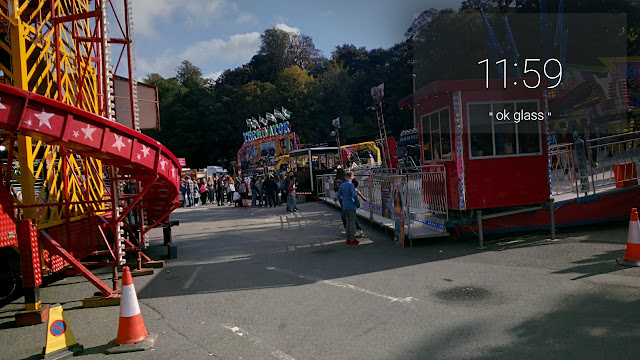 Back on the road

Now, I left the ground and walked my way up, featuring incense, sweet tubs, slush and the usual stands we all seen. AS i walked up, the time was getting nearly 12:30 which for me was a EEEP moment since of getting this up before the night begins, but the next part was to the courtyard and some surprised were there.

AS I got up there, I passed a National trust stand and we chatted for a few minutes for him to try to get me to buy a Young person's Yearly pass at £23.61, which seemed tempting but its not for me or i would do a life pass if I had the justify of it. Then i saw the phone stand since last year and I asked the chap to seee if he could get a case for the ulefone Paris and you know, minus a almost nicked phone as a joke, He found one for £10 and it fits with the camera. So I impulsed it and got it and looks nice though. Passing a £5 roast dinner food stand is amazing as well.

Then it was time to head up and get back to the house of home. But before that, Lunch time since that a tradition, AS i started to, i saw tash walk rush by but didn't get the chance to speak, I passed on and got some BBQ Sauce and chips, now they were or this cute bbw sales rep was "um what is that" when looking at glass, but she called me babe when asking for more sauce :), Then it was a burger stand just up from there and this was a nice idea for £3.50 for 1/4lb burger, that was paid and it was ready to get home with.

Then just as I was leaving, I saw Tash walking a 3rd time and was wanting to catch up but I chatted to a nice balloon salesman and he was tempted for glass itself, I told him how it feels and it might of tempted him to go for it, he thought I was an App Developer too which was funny.

I then went to the bus stop to see but no luck so I ran home, passing a customer or 2 of mine from work who said Hi to me.

And by 12:45 I was home, Sweet Home. Which it was time to unpack and then get this up before the night, which i'll see you soon