Well, November is now here and we'll, things are being closer yet so far, work has started to go peak season with red dead redemption 2 and also planning on consoles for the Dickensian. But that and it's also a few new mixed development in love life since the post of the girls I've been chatting to. Anyways the vlog is below.


It's the usual day in the life with me and cycling for work. But after chatting to a gainer I used to feed on Kik who followed me on feabie yesterday, it said she was in a relationship, that's fair, so when I woke up to a message from her and then asked if her boyfriend was a feeder, she replied "not saying about my personal life to a nosy little person" which I can understand bit then say "haha fuck off you little freak" well then that's obviously going to be no point in feeding here, to be honest she was the same distance as Zara so it never worked out. But I did have an offer to meet up for a weekend with a cutie from Blackburn but again, the distance and a bit too early for me to get up there again. But ah well.

Ah well, I got up and changed, and needed to pay bills tomorrow but drank the dose of regen to give me energy for today really, especially on no food to help me perform better. Well maybe it did with 44 minutes to the first client.

Then I cycles to my second client, but a mind was talking about maybe just actually proper feeding K and making her what she wants to be since she's not far from me. But then again curvage has that girl that's even closer so maybe..

But as I was cycling, I called my Xbox rep for reddead again, so it was waiting for cows to cross the crossroads legit, but signal ended so I was a bit meh, then called my sony rep for a PlayLink Title out next week, but again signal and runny nose so ugh, so I text my WB rep and she's got it planned , well she had to call me since FreedomPop decided to just not work last Wednesday.
Eventually I got to my second client and fitted an SSD and took like 1 hour to fit and clone and test. Not bad SATA III at all.

Then the last 2 clients are in the same street, so got there and the first just parked up so that's good, had a usual lesson with her, which is just checking the Tavi Parish FB group and that can be some nice drama there. Like whats the fun in scratching "cunt" on a car door. Anyways she was happy and left to the other one a few doors down  and another quick lesson there.

Then I started to vlog as it was getting dark, but well, that didn't work nicely since Camera2API doesn't work on the front camera in OpenCamera. GRR. Big I got home about 4:35 or so.

The prep and check.


Well I got home and checked emails and work bits, no reply from that gainer which is good but 13 notifications including 2 followers which is nice and also no issues with a shower although a Liverpool number tried to call. But that was during the shower. Then I was changed and leaving by 17:45.

I ran down with hoodie and glass and I was pretty light on my feet, but i managed to get there by 5:56 and 9 minutes early. Then it was the wait for the bus.

This was a near 5.80 dayrider plus, which isn't too good in the normality for a 1 and a half hour at best cycle ride, but it was a quiet one, just typing up and making sure that I was ready to go with this. Okay I did yawn a few times when nearing robourgh but it's been a long day for me. But eventually I got to town by 18:55 after getting off at Mutley to chase the buss and best the times, since well queues build up so easily. Then I got to the hoe.


So, I get there with crowds around but not heaving like the fireworks championship, but it was amazing how the fair was  the sky was pretty  clear and crisp, the air was mild so warmer than I guessed and we'll, it was nice to see hardly anyone I know. But the fair had some new rides in and we'll, they looked amazing, danger zone and rock n roll dodgems were drawing the crowds.


The food was pretty good looking but queues are building, but by 19:20 I was down by the bonfire and it was looking big, not lit until a short light up by 7:30 but it soon to exploded into a flamethrower of fire to the west. You could actually feel the warmth of it once it was 19:35.


Then I explored and listened to music before it was 19:55.


Well the  countdown  was on time but then the display was bringing the sky bright. But o must of felt flakes appearing and it made it really foggy, like the wind was dragging the remains down to the crowds, the first time I've seen that happen and felt it happen, but the last 2 minutes were pure bang and might of even banged up glass,


The wander and bus check.


With the way MVNOs work, smaller networks get less chance to connect, so with me , it was certainly the case. But I wandered around the fair more and saw the reminds of the bonfire.

Then checked WhatsApp and noticed swaggy was there but said I had my phone off, I replied saying I was by dodgems but no reply at that. So eventually by 8:45 I ran to Mutley  since the bus for 9 was that time and we'll , a text from a colleague saying he couldn't cover tomorrow so I could safely edit the vlog tomorrow, so might have to pull all all nighter to get it going.


This my friend, is the fun part, I ran from the hoe to Mutley, which only was 15 minutes but we'll, it was intense and uneven pavement got me tripping, so it was no way an easy limp from Q bar to mutley, since the sides were in pain and temperature was starting to drop. 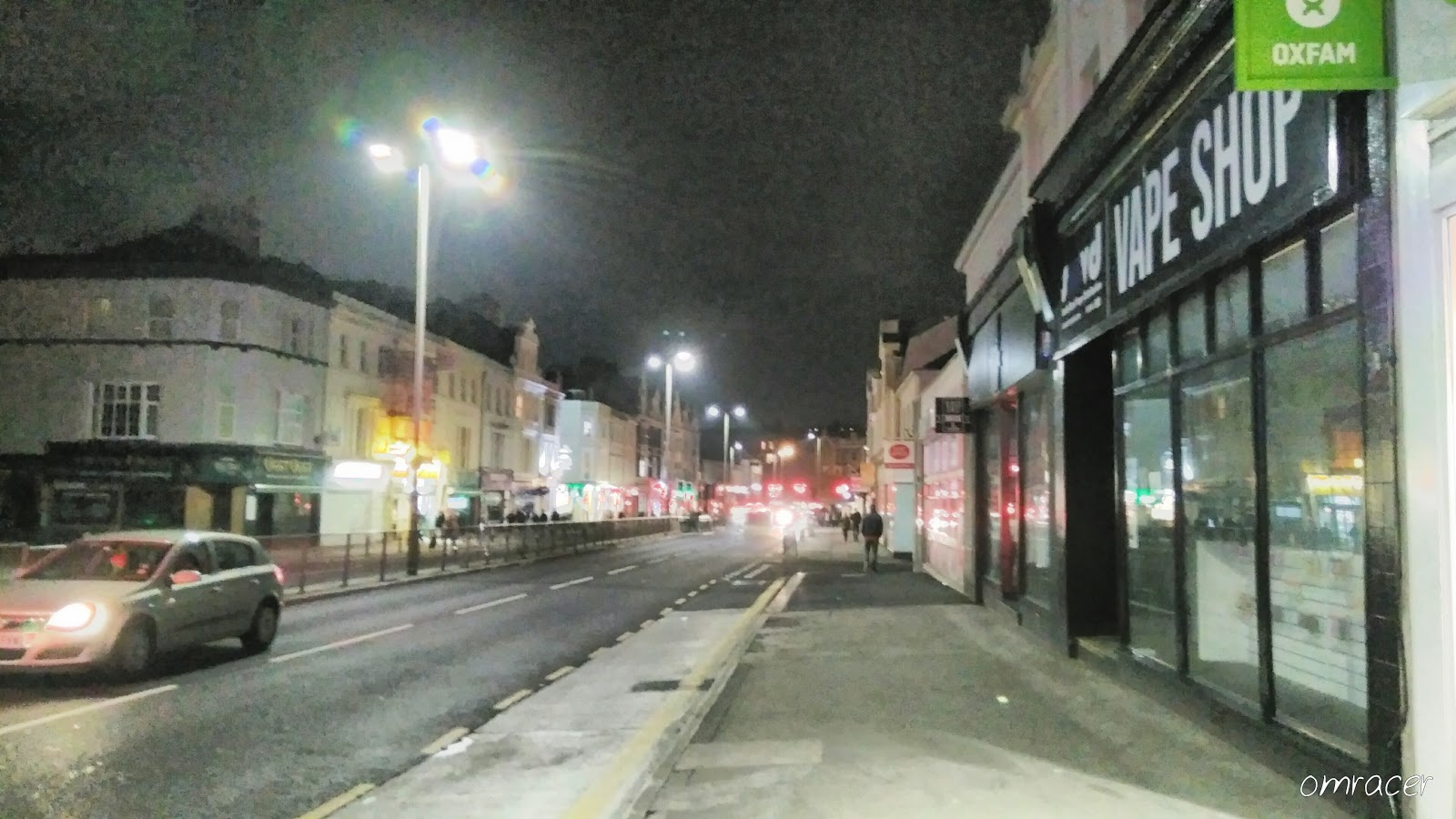 Well enjoy this and also I might of got the crash 2 playthrough coming up soon as well.

Email ThisBlogThis!Share to TwitterShare to FacebookShare to Pinterest
Labels: #throughglass, 2018, blog, bonfire, catchup, fair, fireworks, fun, girl, glass, google, hoe, November, omracer, plymouth, run, vlog
Newer Post Older Post Home
Also check out some reviews here
Also something about getting data, texts and phone minutes for nearly nothing (only if you OD on mobile data) and don't mind using the 3 Network is worth a click of FreedomPop