Well, its been a tiring week for me and after the night out last week, I think I drained myself to the point that I got the cold. That common cold. It's been a week of working too, which only gave me one day off which was a good send off to help beat the worst of it.
I mean I even did a shot of night nurse to help it.


But while I was busy being a working man, it turns out swaggy invited me to another BBQ at Eloise's. So at least I did have some motivation, but as I type this, I still have a bit of a nose blockage.
Work has been one of the busy weeks from keyboard woes to selling tablets and my mind can't really concentrate and it and my heart are hoping it might of found me someone beautiful and amazing. Especially when I cheered her up when using PayPal to deliver her £15 flowers. But she's off to uni and its going to be a rare chance.After working slightly hard, chatting geek talk with a customer, selling tablets, fixing a black screen with cursor issue and telling customers the dump is the better place for an old printer, I checked up and left in a rush, although i did buy a nice £5 of food from a bakery with the friend that comes in every weekend with offers.

As I was running home, I was feeling slightly light headed, but I didn't pay too much attention. Getting home at 4:50 was nice and I was greeted with a bath, since mum and dad had finished some garden maintenance and needed a bath to soak and relax off, well I did give the rest of the family my cold which is a mistake on my Peart.

After checking tweets and remotely checking email my pc using chrome remote desktop, I was out of the bath and changed by 5:30, out the door by 5:38 then a rush and a half to get to the bus which I ONLY just caught while the bus was passing me by. After paying £4.50 I was upstairs and cooling off, well I did soak the shirt and hoodie :(.

I was the only one on the bus until Yelverton, then I got off at the flyover nearby tesco in woolwell. I had shopping to do, maybe the same recipies, maybe new ones, but by now, there was a gap of sun, beaming through the clouds.


I walked through the glass and up to lidl, wandering and looking for something to eat for the night. After browsing and tweeting, I bought £10.79 worth of stuff. From waffles, sausages, chicken, bacon and even BBQ sauce. James tweeted me in the right direction.


Then it was walking to tesco, as I passed dominoes while the dragon of the red sun was dying down, I didn't see sian, nor trev.

Now tesco were reasonable. I mean I was tempted by cookies but doughnuts and bread rolls, well I can't say no. Plus they needed it anyway. A quick service but the lidl paper bag isn't that good and the fucking finger rolls fell out on the floor as i was shopping in the store.
Then it came to £2, paid in cash. Then it was running time

The journey was ok, a long sweat but I'm happy, it was like chasing a red dragon as I ran into the sunset. I was soaked but nor from rain. it was the body having another mini shower

Then I got in after knocking on the door, I met harry then we chatted, it was ok having viva on. Shortly, the house arrived. "How is it beys". Then it was chilling, the various catch up, I mentioned the bit on asking tash out. Then we were getting the BBQ started, so I cleaned it before Eloise and some of the others got back. It was filthy. But fairy liquid helped wonders. 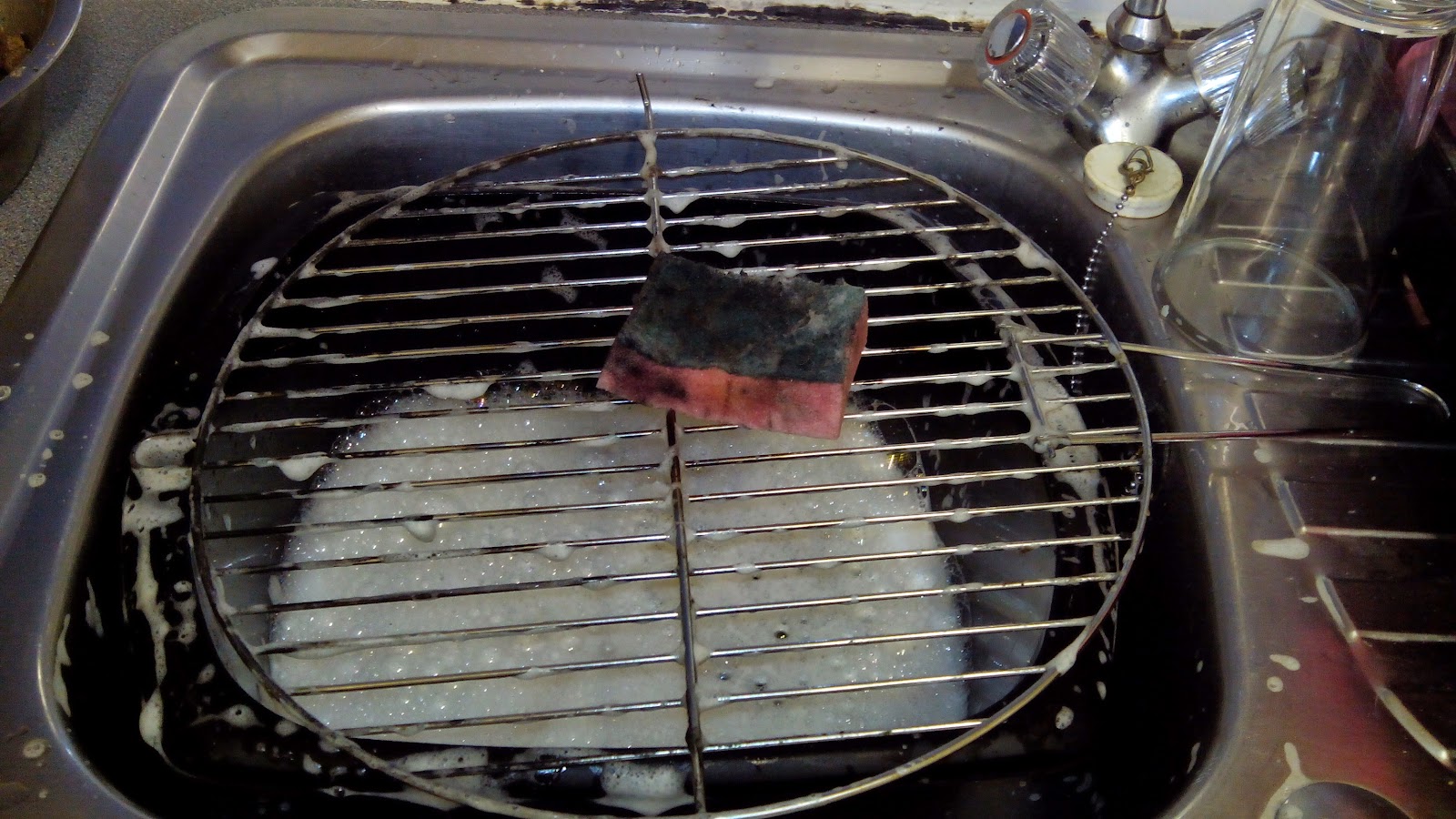 Later, it was nath, playing with the child. More pink ball fun then it was time to bbq. Well the house came back, we got the coal on, as I was lighting it, the girls and Ryan and a mate of his arrived. I was struggling to get a lighter to work, I mean at least half hour to get the bloomin thing to light, it turns out I was not getting it the right way.

After it lit, it wasn't lighting the coal properly, in the long long end, it turned out that the best way, was to take the special or oiled paper out of a instant BBQ and then we had to leave it for a while.
Chatting to everyone wasn't too bad, I mean it was nice to speak to Hannah again, looking wow. Oleisha and Ryan were pretty ok, it did kick off a little bit from when I admitted to walking away from well basically removing her on FB. I tried to explain why but then I'm not a clear speaker.
More chatting, mostly about drinks and nights out, I told a little bit about what happened last weekend which sort of made Hannah remember, it was interesting that Ryan was intrigued I like her. Although there was chat about boobs showing, but I was looking at features that a boob cannot beat on the miss. Then there was a poll between Dairy Milk Daim and Milkybar and i had to say

After that and periodically checking on how the burgers were. Muneetha, she arrived then a big strong hug was the best thing, I mean it felt good.
But while the food was cooking, it felt like various groups being formed, the kitchen group, the lounge group and the outside house. IT was ok to mix with all 3, with eloise and harry in one, Hannah and the girls in the lounge and the house mostly outside. The talk was varied, from gossip to drugs and smoking. i mean i was even offered rush and also half a ciggaratte. Also i was offered to have some niki minaj perfume on, i think hannah sprayed it onto my chest. It smelt nice but i was given shocked evils "Thats a chicks perfume".

Sooner or later, the first batch of burgers and almost sausages to arrive, which was a relief but i now think i should off looked at it more and then maybe moved into plymouth somewhere. When muneetha wanted hers, it was a case of now wanting to get the fun bit down, so this time we tried a different technique, she we was sitting in a similar way to a paysite picture i had a seen a while ago. But it felt amazing. From every bited and she just indulged on. It was intimate but yet had the close friendship and we were both enjoying it, from the bouncing to the fact i was even resting on her boobs and the fact we could of kissed, she loved the food though, i was enjoying it by having a full hard boner. I just had to say it like it is. But it was a lol how there was like 6 people filming it. I also offered hannah a chance but she was dead on "NOOOOO". She would of been amazing for it too, but sadly all things came to an end when "funnel" was mentioned.

Then it was more casual chatting. Sure there were some chat about more drinking, various rap artists and chart music, that became about a 30 minute conversation. Then there was other chatting, i think it came back to me having to explain about why i feel uncomfortable with pregnant people. Then it was radio one extra on and blasting tunes, which was partly explaining the rap conversation. Then i was just ramdomly listening to gossip, Hannah was reading Heat (That magazine with the go to london meme), that came up with some cheating things. Sausages were finally finished just about soon after

Soon, time was getting to 11. The last hour for me. The groups weree formed back again. The house were talking about GTA V, War of Thunder and other PC gaming. Well the GTX 970 was just released the day before. That then the conversation turned to conspiracy theories regarding 2pac and also the fact it was MJ's birthday soon and it shows how influential he was. There was also talk about old lacoste trainers. Pete O Plymouth was wearing his, while keeping safe his coconut water. Hannah had her pink ones at home. Someone mentioned they had theirs stolen when they were in school. But i murmured about never wearing them, i've just never bothered with high end shoes. That and iphones and phones were the talk, From people missing the bold and the curve to the fact people think iphone 6 plus is too big for them, i showed off the chinese phone

There was also talks about jobs, which james said he life was hard and the rest of us were almost ripping him apart, J even said "mattie works hard". Keisha said she does nothing but just goes to work, which aint too bad but shes happy. But most of us were getting tired by this time. heck i was even falling asleep sitting behind muneetha, but it was pretty nice and i knew it was drawing to a close. The house were planning to leave at 12, since nath had work at 5am.

By 11:50, i had to leave, i said my goodbyes to everyone, some said bye and then i got the trainers on and it was a meh run to woolwell, i mean it was dark and i was so glad of the torch on the phone. Once i reached woolwell, it was another quiet feel in life and some odd drama.

So, these kids were there, i thought they were waiting to get on but from what i heard, some talk about a stolen phone, a deleted mums phone number and a snapchat that shouldn't of existed. I was firm standing, just incase they would start, well british kids can be like that. But luckily, one of them spoke and was nice. So after some people got off, i got on and then sat down, this girl had to slap her friend in a hoodie to wake him up, she thanked the driver then it was a quiet journey back.

Or so i thought

While passing yelverton, some other kids got on, and they were drunk, one was giggling, but one was smiling, with a nice sexy soft smile and she asked what i was doing, i just said "typing up a story", well this post is some sort of story. But it turns out the guy knew me, he looked familair but i can't say where from. But she was sounding nice and she was close to drinking, but she held it off when someone noticed the bottle. By lidl in Tavi, i was off then it was a run home.

Getting home, well that was quick and the nose seemed to play up, but i got in, had about 10 drinks (i mean i knew i was thirsty, i must of had about 5 pints of juice and lemonade the entire night). Then it was a nights sleep while checking snapchats and by 1:50, i was crashed out.


It was a pretty cool night, maybe i left too early but with a last stand of a flu, it was a risk for them more than me. But we all had fun and i might of gotten a possible new years resolution done that night too. See you in another post, maybe with some Geese.