A Windy Clear Plymouth Catch up

Well October is always queit after the fair, this year feels like and exception but for now, it was a quick visit to Plymouth for work and to express for one day. The vlog is below

With a sligre sore throat, I felt like This journey was going to be s madhouse of a ride. Well in traffic, it was an due to he half term, the paths are busy, heck I nearly cycles over a kid and sheep in the way soon badly. But an hour and 39 minutes of that and one phone call, I was sorted and on the hoe.


As I went to the visit, which was only a half hour to be fair, but that was done and by 12:15, I was in my usual spot and relaxed while typing this up, in this amazing and glistening heat. I also messaged a new lady I might be seeing this Sunday, to see if she was okay, some family emergency happened last night so. It was so nice with the sun on my feet and I did talk and catch up on the vlog.

But alas all must end and o made my way back up to town by 12:56 especially as I had to park the bike again somewhere due to me parking in the hoe, it only took about 8 minutes to get parked. The fair was back again and all the rides there were at goose fair this year. Which was beat and a few comments here and there. 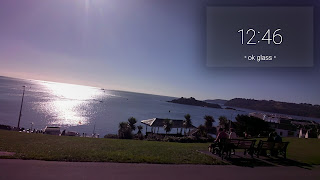 The exploring around town

I exited the usual shop, from game and the magazine and noted down some product ideas to the shop life. That and also some ideas like the fanta imports were in at £15 for a 12 pack which looking at bow is actually pretty good value. Even though it's £1.50 per can.
That and Poundland gas then using tat which some was some emoji jumpers that made me laugh. No decent gaming deals this time, I really regret not picking up the Xbox one TV Tuner before I left Plymouth for London that would of been ideal for me and stock.

I walked my way down to cash converters and wants which had some deals in but nothing I would really crave and want. Well maybe a GTX980 2GB but that's not really worth it if it's a £80 price. Then in GameZone, There was a custom arcade but that was not much. Also the girl messaged me but I don't get the notification but replied anyway , also met Rx have shutdown but Holland and Barrett have gainer shake which is fine.
Some new flavors and mixed in the oriental supermarket like noon soup and also the tempura barter I bought for £1.49. make me want to buy a decent fryer. Also the battered Oreos were back in a van.
That and the cops arrive in a swat van were in hype. Not sure what was going on there. But I headed via the tech outlet back to the bike. Since I did call my customer at 2:30 and said I will see you at 5, this is my regular i visit from the day in the life.
I then ventures in there and tried the SNES mini, it felt really lite and noticed the power a controllers were there, I wonder what that was about. But then I walked into greggs and didn't look at the bigger one with the 12 box for £3.00 so I did after walking to that one, it tempted me so much for Sunday .
Alas then I walked my way back to the bike and went into HMV after game and a supplier phone call. Not much there but odd deals indeed. And then it was 3:30 and it was time to leave.

This felt not exhausting but not a smooth ride either, since it took about the same about of time to get to Whitchurch as it did to get from home to the hoe. That's what hills do to us all. Carz were aplenty and not very many near misses but it was not easy keeping the legs going. Also the wind was picking up and sweat soaked glass and my head. I got there by 5:10. Which is okay.


Then I had the lesson and left at 6:20 and got back for 6:35 which is good, but the cold air was coming in. Then I got changed and time for a chicken curry for tea from what mum cooked. Especially for #nationalcurryweek.

And then that was it. I will go intro detail the gossip soon and how the hopefully 5th date goes. Since she might be the one ....
Omracer
Labels: #throughglass, 2018, bike, cold, customers, cycle, google glass, october, omracer, plymouth, research, shopping, Sunny, vlog, wind, work
Newer Post Older Post Home
Also check out some reviews here
Also something about getting data, texts and phone minutes for nearly nothing (only if you OD on mobile data) and don't mind using the 3 Network is worth a click of FreedomPop