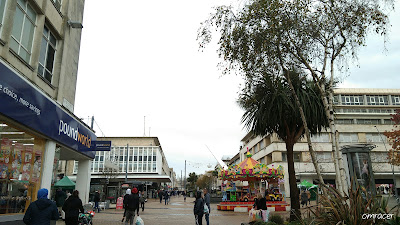 We are in November, time has looked different, hours changed back and the life of me has enjoyed things . the Sunday night of bonfire is here and a usual vlog, I know things might be under prepared and possible delays this time, but the vlog is below.


Now this Sundaywas a worry with the weather and this time, it was lovely, sure some rain but waking up at 9:10 after the relaxation is importantly good for a #dogwalkingwithomracer.

Then when we got home, it as time for a nice mini fry up and me adding nutella on the toast is the super of that morning.

Then it was starting to get the let's play of cuphead started in terms of the video, I might skip any more parts for YT if no interest but here's to hoping. Also fantasy feeders chat room has been interesting since using it this weekend, like 2 girls chatted to me, one from Bulgaria and 4 servants and her stepdad was her and her mum's feeder, odd but she sounds nice. also i chatted to someone that I had to buy a wrap for a Fiver last month. Then chores ensured and more editing, my 2:45 it was lunch, a nice Roast gammon with potatoes and other extras. that was nice while catching up with Gotham.

Then more editing ensured and by the time I finished the tutorial on into the map, it was time me, Rosie, mum and dad went for a hour walk around College and seeing the blue sky and sunset happen, it was lovely , I was excited for this night though.

Then I got back home and did final prep for this. like phone charged,,glass charged, shoes ready, shower, shave and change. I left about 5:25 when I didn't actually need to due to the bus actually arriving at 6pm, even with the site saying 5:47. so I waited and started the vlog. Eventually the bus arrived at 6:02 and paid the £5.50 to get on, some people were on the bus already. It was a quick jounrey, since by 6:25 we were in Plymouth already, little traffic and some displays around, we got to town by 6:55.I  got off by the library and ran my way to the hoe.

crowds were building and I was not late this time, so I had chance to look around the fair and also see the Poppy memorial that was in its last few weeks of showing. It looked amazing at night.


Then it was heading towards the bonfire being lit, it was delayed, cute girls around and also bumped into a few, so many people loved the shoes too. it looked like I was the only one with the LED shoes on. There was a struggle to get that bonfire lit.


Then I walked to the toilet, since I was tempted to go to wet wok for some crispy seaweed but since I would have to run to get the bus, I better not. then on the way to toilets, I bumped into with a former customer I had a chat with as well who just wanted to see the fireworks, then I had a pee and that was quicker than I thought. more exploring and the bonfire was roaring

Then it was the time to get the place to watch the display, I found a big gap near the sweet van. The display was 19 mintues late, the radio plymouth presenter was almost begging to keep on talking from what I was hearing. Then the display was a shorter 12 minutes long.

Then it was one last crowd passing walk to see the bonfire, it was looking like it was nearly a burnout of a pile of wood.

Then it was time to run to get the bus.


Then the crowds were heaving and it was time to run to get the bus home, since only ONE bus this year and it was at 9pm and no more after, I pelted it to crownhill, or tried to, with passing mutley, Ashleigh's work, t junctions, hills and more cars. Alas I only made it to bear the golden hind which then I had to wait 20 minutes but it's odd since the timer on the bus stop was nagging at different times which I could of run further and not miss it, even though I didn't since I had work to cycle to yelverton tomorrow and Plymouth on Tuesday by bike.


Then I managed to get on the bus, it was crowded AF and it even made me cramped enough to accidentally press the stop button so it was a longer journey. But eventually it cleared up by marjon and then 2 friends got on, said hi to both and then it was that dead silence. By 22:10 I was off the bus and another run home.


And so, the fireworks are over and nearly at the last bits of 2017, its been up and down for me, but new  game videos and reviews coming soon.