Well, this was a unexpected family event, it sounds posh, it looked posh but it wasn't posh. Bascially with the queen's 90th Birthday in place and a farther's day tea voucher my Grandad had to use before Farther's Day next week. It was a afternoon tea at a very fancy Hotel called the Bedford. The bedford is popular but way above my spending life. But it was time to try something different.


A mention before we start

Now recently, this past week in work has been quiet but also its been something that has reminded me of some things i need to get done or choices. Especially with one of my neighbours now moving to the other end of the building my work is in, while the first neighbour expands to the other side. I'm not moving or we aren't closing. Anyways this past week or 2 has been interesting with customers talking about various bits, more range of different ones. But one regular i'm friends with mentioned about Monoduality, which is one of those spiritual awareness of things just happening and when we question whats actually US and there have been connections to LSD being a realisation to that. But he explained a story which was related to one of his friends just casually putting Vaseline on his D since it eased the pain after he had a vasectomy, then he was a bit taken back when my friend has to clear the line saying he wasn't interested attractive wise, but it was the concept that everyone and everything around you is "happening". Which after he left, i ended up having a walk outside and a headache.

Then it comes to Saturday which was a normal day, quiet, but my neighbour suddenly thought about this book which was useful for me and my colleague (he'll see it on Wednesday) but it was about change and what to do with change. He mentioned a story:

There was a young man that walked up a cliff one evening, he went to a bench, this older man that looked similar to him was sitting down, they both greeted each other. The older one said "walk to the edge", so the young man did, then he said "walk off" "no, i''m scared" "walk off, walk off, WALK OFF". So the young man walked off the edge of the cliff and he flew away.


But then he gave me this book to read which was about an hour which was called "Who Moved my cheese", which was a story about change and the 4 aspects of yourself which can influence change. That was an interesting hour of reading and also made me realise I need to start sorting out the skills a love life needs, which sadly not everyone picks up naturally and waiting isn't that answer. 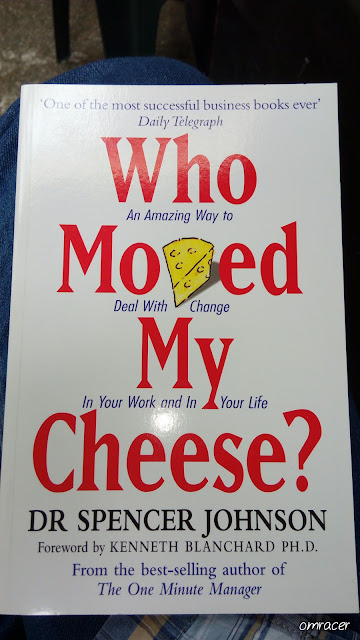 So, with me finding out this was happening, I was prepping up in the early afternoon since in the morning was struggling with a code 10 on a dynamode WL-700N-RXS. But it was nearing 1pm and then it was a nice shower which i tested that selfie remote from a pound shop. Useful for snapchat shower selfies. But then it was 1:20 and it was time to pick my granparents up. Me my sis and mum, (my dad had a nasty flu so it was a stay home for him). They were chatting while i was organising pics on my phone.

Later on  in a short time, we got to nans. We were greeted by a man in a suit and a tie, bless my grandad, he does make an effort for occasions. But we greeted and I walked some plant pots into the dining room and got his phone ready for him then my mum helped nan out to the car, locking the dorr behind them, my sister gets the car closer to the pavement. Nan gets in the front, then me, grandad and mum shuffle into the back and we drive off.

The talk of the car was all about the queen's 90th and the memories it had bought back to here, from the time she was allowed time off work in the General Mills factory to see the train pass from london up north with the coffin of King George V (the previous queen before the current Queen Elizabeth II) and many other stories.

But as we got close to home, my nan compared, aka "thought" of me when she listened to an interview Prince Harry was in about relationships and said something along the lines of "i'm waiting for the right one". Then my nan said i should wait and eventually it will just happen with the right person, Which of course from past experience, this was complete bullshit. Then she said about people settling down at the right time and I mentioned about people moving in after less than a year of dating (there are 2 examples, one i have on snapchat) which was a bit grinding. Soon, we were parked and ready to enjoy this posh place I run past a few times and even saved a wedding there once by lending a netbook to them to show a powerpoint at a reception many years ago on a saturday in the old shop.

We got there and it was posh, although the lift didn't work (not for me, these stairs were easy). we all go to the waiting room, which actually was nice, comfy mansion style chairs which we were going to have the afternoon tea at. We then made our order and relaxed while using phones and chatting. But there was a drink beforehand.

Yes this was happening. I even did my first faceswap on my sisters snapchat (i don't have her on there before anyone asks, nor any other social media). But shortly after that there was the time of getting the stack here and it was quite sophisticated and packed full of natural food. Sandwiches, chocolate brownies, scones, carrot cake, tirimasu, even lettuce. But sadly the sandwiches have butter so my lunch (i only had a ham onion chili bap for breakfast) was the deserts, they were very nice to be fair.


I had:
They were very tasty to say the least, the scone was crumbly yet soft tasting, the jam complemented it as well. Then you have the lettuce which was moist, the flavour of the crisps was a nice addon. The brownie though was insane, so thick yes so soft (like a belly on a 20+ stone girl). But the carrot cake was nice but the sultanas or rasins aren't that great.

We ate and I mostly listened into gossip while some young girls (mid 20s) were chatting and having their afternoon tea to the left of where i was, but i relaxed and it was a chill for a hour or so until about 3:40 which we then made our way back, But we met the chef, Raul which was a nice lad, he is pretty experienced.

Then me and my sister walked to the car park and some guest were going to the lift and I said "the lifts don't work and they aren't supposed to be for luggage" the guests were a bit taken back but it was written on the door for the lift, so they dragged the suitcases up the stairs. Me and sis were in the car, we drove and had to turn at the roundabout to then park outside the front. Then we drove home, I got out and got home to get Rosie walked and that was that..

It was just a short one but filler means big things soon.

Labels: 2016, afternoon, bedford, blog, family, food, girls, hotel, June, love, omracer, Queen, scones, talk, tea
Newer Post Older Post Home
Also check out some reviews here
Also something about getting data, texts and phone minutes for nearly nothing (only if you OD on mobile data) and don't mind using the 3 Network is worth a click of FreedomPop