Well, it's finally the say of returning, the time had passed, friends met and places saw But one more big of exploring to go before I return home. The vlog is below

The sleep and pack

Well, I got to crash out at 1am last night and that was the meal being SO good yet spiced out. But I managed to get up at 7 after my eyes woke at 5am. Then I started to get the packing done, with a bit of reorganise and the folding, I had much less trouble squeezing things in. The weather outside was looking hopeful and I still felt sad about leaving that amazing girl behind. Then I had to change and make things sorted in the blog post before I finally had a shower and tidied up, I also picked out the regen I froze the night before. That would prove useful later on. I also called the family to let them know the plans for today and when I'm coming home. so parents might be picking me up this time.

Then it was on the internet until 9am and getting the blog posts sort of there and done but then it was playing up on the upload. That was my cue to start to leave and pack. Then I got the shower and toilet sorted. Well actually the toilet was seeming to be leaking but I dried some up then had the toilet and shower, slightly hotter this time to prep me for what antics my suitcase will have to do. but then it was that tidy up time. 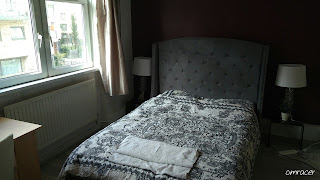 Then I was about to leave, I saw the chap I saw when I got in and we chatted and he leaves tomorrow, but he said how bad this one was with no sign of the rep which he said it's common practice even though it's illegal to rent a flat then sublet it and not even live in the flat, his main reasons was like there are no mugs in the building and propel have nicked the cutlery. Then by 10:15 I was leaving and out of the Airbnb, I felt emotional but happy in another way. 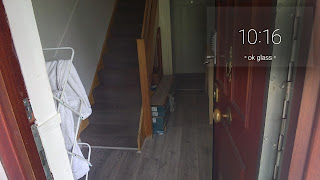 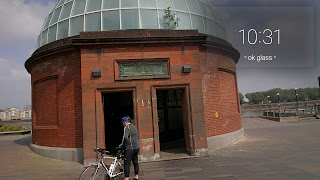 The exploring of the market was cool too like there was loads of food stalls and some good arts and bespoke pieces but I did see some things for mum to buy . in the end I fix to get her some bits and pieces which was some bracelets and instant gel soil thing. came to £12 in total.

Then I dragged my case to go to Greenwich station but my navigation skills were shit so I ended up closer to the Deptford station to get to London bridge but even that was a cancelled so I went to Blackfriars which was the train after. The station was nice and I did see good sights along the way.

Eventually, I get on the train and to Blackfriars, but for £2.50 it's a decent bargain. even if the run after was to nearly swear in London though.

only my way I did have a phone call from a supplier about some mini hyperkin controllers which I will let back to her tomorrow.

after I got into Blackfriars, I had to run to Victoria, oh my fucking suitcase is dying in the bottom, more plastic fell off and another wheel was stiff, but hey. Things turned out just about when I was running my way to the coach station.

Eventually after dragging, blisters and shouting, I got to Victoria by 12:45 and then popped to Sainsbury's to get a nice £1.60 lunch.


The wait and journey,

Well, it was a massive 30-minute delay in the coach to get on but by 1:15 I was on and the coach left at 1: 20. which I  couldn't edit videos until after people go off at Heathrow.


I also realised we went in the A4 to get to near Chippenham way to avoid traffic, so new waits of travel before getting into Plymouth by 7:15 which meant I had to kill an hour to get the bus home. She did call and ask if I could pay for her creams for her and her mate, which it is Cheeky of her but one last time I won't say no will be this weekend, so I have that to plan when I got back.

While waiting for the bus, I bought the ticket in the app and that was £3.00 but did take £10 in case the driver refused it and also realised that I want one day recovery so I decided to get the Tuesday off to get the stuff uploaded and edited as well as account and all that, like I really don't think an all night will happen tonight and I want to take it easy before working for 2 weeks straight due to the garden festival on bank holiday .

By 20:10 I was finally on the bus and on my way home. Now to wait while screaming kids had their fun, suitcases to squeeze to a seat and we'll the sunset of the drive to go home. But my worries will be increased tomorrow and maybe more truths to come out sure my parents were going to wait for me by Lidl and wondering what reply to what I've done and the suitcase. And besides, I left the Airbnb at 10:15 and well-getting home by 9:15 will be a long day so working tomorrow straight after will cause massive delays which I want to not repeat a week delay of a plan like last year. But thanks for joining me on this incredible holiday and hope to see you next month knowing my luck.

Labels: #omracersholiday, #throughglass, 2019, blackfriars, blog, bus, coach, food, google glass, greenwich, home, london, may, omracer, run, train
Newer Post Older Post Home
Also check out some reviews here
Also something about getting data, texts and phone minutes for nearly nothing (only if you OD on mobile data) and don't mind using the 3 Network is worth a click of FreedomPop