The hot, strolling and Good Friday

Its now the Easter weekend, with the heat getting better and the heart feeling calm and slient with a extra day off work which is the first time since the holidays back in December 2013.
I felt it was time for another afternoon out, but I wasn't as revved up with energy as I should have, so after the morning relaxing, cooking, doing some chours, I saw Charley was at the hoe, so I rushed out at about 2:10 and ran down to catch the bus. This was just after I started setting up an ink361 store to sell my instagram pics, funny that happens.

But before I got on there, I browsed Morrison's for a bit, sure, there wasn't much and no copy of bizzare magazine but it was nice to read web user again. This time, there was some good stuff, more on base PC reviews, sadly the gladiators from aria were not featured, they were much better. Other features like backing up Google accounts, downloading YouTube videos using the same method I had done. Well thanks to spoi deciding to charge $2 a month for the chrome extension which was not even allowed on the chrome store, I had to change.Then I ran to lidl, knowing my pacman shirt was soaking in sweat, I got on in time and my journey begins here.... 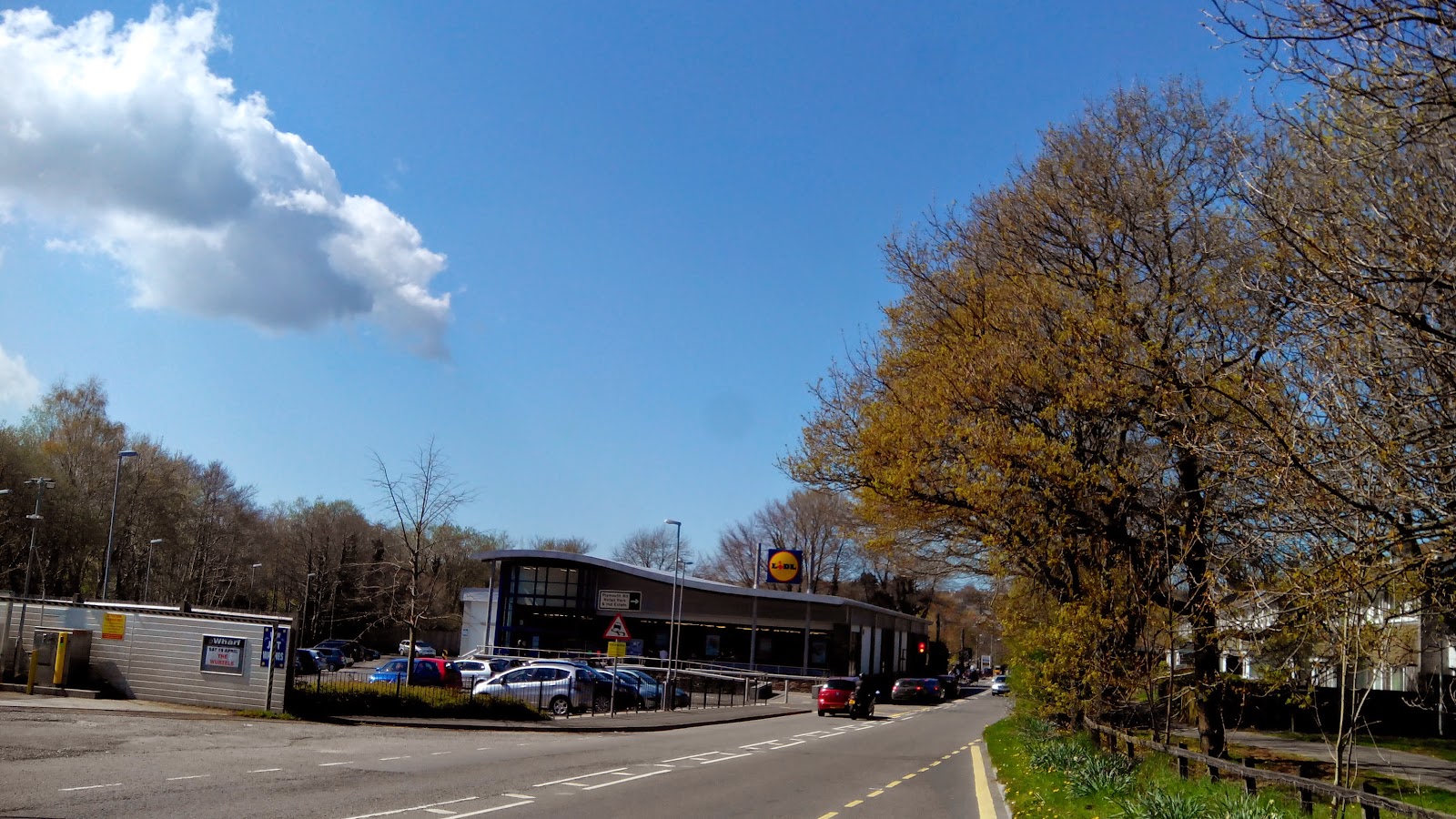 After a 40 minute bus ride, it was a nice run from the train station to the hoe at 3:20, hoping to see my best friend. The wind was strong up there, but sadly, I didn't see her, not even after an hour of looking around. But you can see the nice views of the hoe below.

After searching for her, I had to admit defeat, so I wandered down to the barbican, it was a nice but cold stroll, but I walked past cap n Jasper's, which was having a refurb, a girl I would like to hang out with more used to work there, until a few days ago. Anyways, I was thristy, so it was a nice shot glass of water from bronti's work. The girl that served me said "pretending this is alcohol at all" I did say no but I don't think she heard. Then I saw Bronti, looking the best since she originally  added me on facebook, 5 years ago. Her smile was nicer, she said hi when her eyes caught a glimpse of me, she was busy, which is not surprising :).
For a shot glass, it was a bit too small, but it gave me a small boost.

After that and taking a piss, it was me realizing it was too late after we text each other and I started to make my way home. It was a nice walk in the sun back to the usual bus stop. I did end up getting another shot of water from cuba.

While nearing the bus stop in mutley, I noticed that there was another Asian food shop, so I looked around, but this place had wasabi for £2.50, so I bought a tube of it, since its paste. A nice slim helpful shopkeep served me. Then it was time to head to the bus stop.

Then after getting to the bus stop and realising it will be another hour until the buss arrived, I decide to pelt it to Crownhill, by Jess'es work. It was a powerful run, I made it there in 20 minutes, running in sandals can slow me down, but that was a nice nostalgic memory of when I use to run this far every afternoon from crappy city plym.

I got to the McDonald's with 8 minutes to spare according to the first bus app, but I think that was a bit false, since I ended up waiting there until 6:50. Luckily, I saw jess or more...wait, I just pretty much saw her serving customers and talking to a cute coworker. I did try to talk to her but i probably wasn't loud enough, so i just gazed.
Eventually, the bus turned up at 6:50, i got on it and then it was a nice journey back.

After that, i made it back about 7:30 and then it was getting changed and watched futurama and ate tea which was some Chicken Balti along with that wasabi, i only has a small bit but my nose was feeling on fire, it was that hot.
And that sums up the afternoon. Ok maybe it wasn't as good as i had hope but it was a quick afternoon with hopes but my luck is never that great. With that in mind, its another blog done, my first 3rd day off from work in many months and the nice weather to explore.

See you for a better blogpost soon,
omracer

Labels: 2014, afternoon, april, Best Friend, bus, friends, hoe, omracer, out, plymouth, Plymouth Sound, pub, shot glass, water
Newer Post Older Post Home
Also check out some reviews here
Also something about getting data, texts and phone minutes for nearly nothing (only if you OD on mobile data) and don't mind using the 3 Network is worth a click of FreedomPop